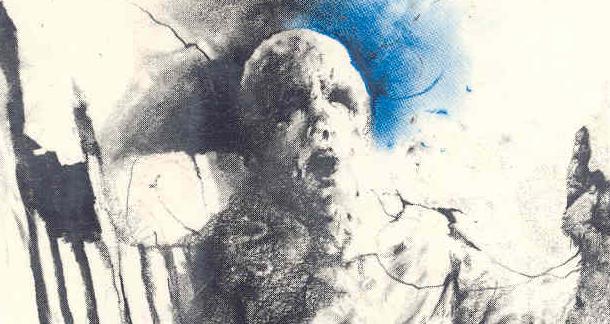 In news that feels pulled almost straight from the best nightmare ever, Guillermo del Toro has announced that he's attached to work on the film adaptation of Alvin Schwartz and Stephen Gammell's Scary Stories To Tell In The Dark. 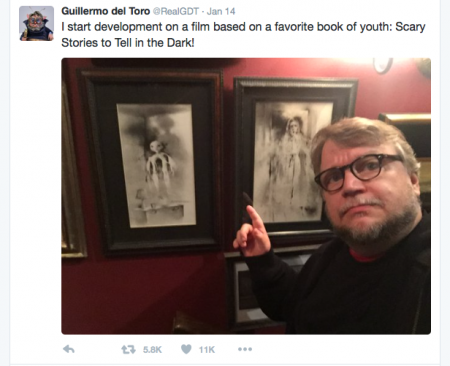 Del Toro is a fan and owns several pieces of Stephen Gammell's artwork. It's unclear if del Toro will produce and/or direct, but what's known is that the current iteration of the screenplay was put together by Saw's Patrick Melton and Marcus Dunston. The movie's plot supposedly involves a group of young people who have to save their town when nightmares and urban legends start becoming real. However, that's was the word on the script when it was originally sold in 2013, and things certainly could have changed.

This in the wake of back and forth regarding Del Toro's Pacific Rim 2. Universal has allegedly tabled the project, but del Toro insists that it's still forthcoming.

Scary Stories To Tell In The Dark are, of course, the books that terrified many a youth from the 1980's through today, although the 2011 re-release with illustrations by A Series Of Unfortunate Events' Brett Helquist never quite managed to terrify children the way Gammell's horrific hellscapes did. If you're looking to reanimate those undead childhood memories, make sure and get the real thing.

I'm still waiting for Del Toro to do something with the film rights to David Moody's book 'Hater'. If they combine it with the media of everyday life, that movie would be amazing from a sociological aspect. But Del Toro is the perfect fit for directing 'Scary Stories'.

Community Manager
helpfulsnowman from Colorado is reading But What If We're Wrong? by Chuck Klosterman January 27, 2016 - 12:09am

That would be awesome. Is that one of the many del Toro in the works projects?