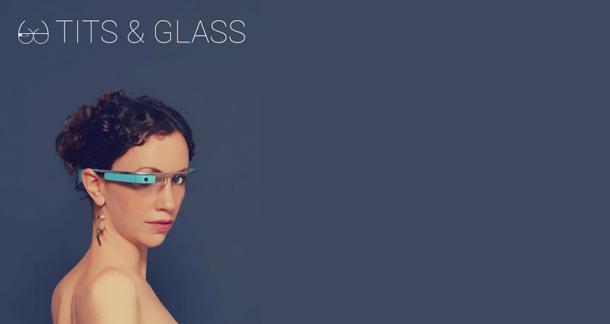 Since we announced the availability of Tits & Glass this morning, nearly 10,000 unique visitors have visited TitsAndGlass.com, and a dozen Glass users have already signed up with our app. Not surprisingly, we’ve reached our API limits. Our previously approved request to up our limit was later denied today, so unfortunately, there’ll be no more updates to Tits & Glass until tomorrow.

I'm not sure if this qualifies completely as censorship, as this isn't first time we've seen this kind of exclusion of content on devices. I think the real test will be what happens when the amateurs start posting their content, or the pros find ways around the strictures — because they will. Should it be banned? There are issues, certainly, but is this another futile attack on certain kinds of content?

jennydecki from Chicagoland is reading The Foreigners June 5, 2013 - 7:13am

As much as I'd like to have some kind of salient opinion on this, I find all I can do is belt out the song from A Chorus Line. My children are so lucky to be home for summer today, they're going to learn a new song! I'm so proud. (not really)

Google Glass is a computing platform designed to interact with and respond to natural language user input, without requiring users to physically interact with a computer device that isn't part of the human anatomy. We are providing you to check https://masterbundles.com/best-menu-templates-google-docs/ and know about google template. Masterbundles is a online site where you will find every thing that you need to get access to the best logo tutorials available. It evolved from a concept into Google's second-generation personal digital assistant and modern smartwatch, announced on June 25, 2012 and released on April 15, 2013.