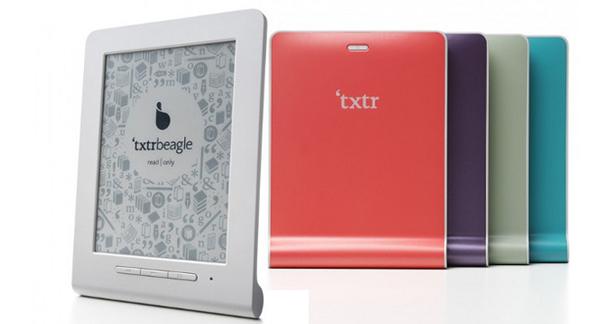 Txtr, an electronics company based in Germany, recently revealed the Beagle, the world’s tiniest and cheapest eReader. The device weighs 4.5 ounces, and sports a 5mm body and a 5-inch screen, which is one inch smaller than the Kindle. And while the cheapest of Amazon’s popular line costs $69, Txtr plans to offer the Beagle for $13.

Skip a couple of trips to Starbucks, and you can get an eReader that fits in your pocket. Sounds a little too good to be true? That’s because it is.

Jason Gilbert of the Huffington Post breaks down some of the downsides nicely. He writes, “[T]here’s no touchscreen or illuminated display…[it] comes with 4GB of storage, which holds about 5 Txtr E-books (compared to about 1,000 on the Kindle)…rather than a rechargeable battery, the Beagle runs on two AAA batteries…There’s also no 3G or WiFi: You put books to the Beagle by downloading them through a Txtr app.”

A few bells and whistles sacrificed for a price cut. Customers who just want to read books, and don’t mind having access to only a handful at a time, would still find this product useful, if not essential, right?

Let’s go back to how you download books for the Beagle: through an Android or as yet unreleased iOS app, which then sends the files via a Bluetooth connection. Now, let’s go to Engadget’s Terrence O’Brien for further clarification. “Txtr is positioning [the Beagle] not as a standalone e-reader,” he writes, “but as a smartphone accessory it hopes that carriers will offer with a small subsidy.”

You read correctly: one cannot simply walk into a Best Buy or Target and purchase the Txtr for its magnificently low price. You have to walk into a cellphone carrier--AT&T and Sprint, the company hopes--and sign a new smartphone contract. There’s no mention of future, standalone purchasing options for the Beagle, nor how much a device without a subsidized contract will cost.

Personally, I think people are better off sacrificing another inch of screen space and reading eBooks on the smartphone itself, either through the Kindle app or iBooks. But that’s just my opinion. Anyone think the ultra-portability of the Beagle justifies the limited purchasing options?

Nope. I already have an e-reader without wi-fi or 3g and I don't even know where it is. I read all my ebooks on my iPhone now, because it's easier to get the books on it and I have it with me all the time. I am considering getting a Kindle, mostly so I can have the bigger screen and the wi-fi connection.

I love my Kindle, but it's not because of the technical specs. It's because it's so easy to find and send books to the device. Including tons of free books and any PDF document I have or any web-page I visit.

It's not like there isn't an audience for the "Txtr"---but it seems to be people who are really short and cash and not too up on technology.

Dwayne from Cincinnati, Ohio (suburbs) is reading books that rotate to often to keep this updated October 23, 2012 - 2:25pm

I think if they had just used a normal sized text document so it held a few hundred books and sold the thing they'd have had a chance at being the bargain basement ereader, but this sound like they have tried to be too clever for their own good.

Either way, I'll still take a good old-fashioned book, thanks.