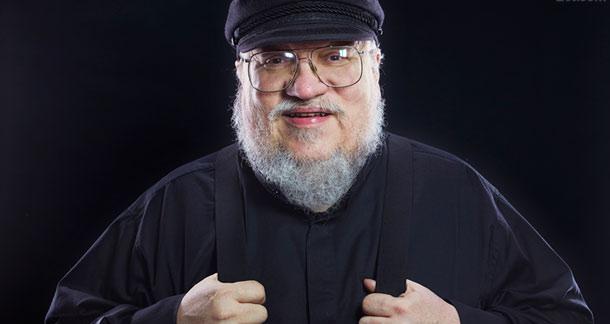 Image via Winter is Coming

Ah, childhood: The best time in our lives to create whole worlds using only the power of our imaginations. At least, that’s what those destined to be writers do, and George R.R. Martin was no different.

In a video by Papercuts, the new Youtube channel from Penguin Random House, the author recounts the first book he ever penned—an encyclopedia of space, written at age six.

“I was mixing real planets like Mars and Venus and Jupiter and all that with fictional planets,” Martin states in the clip, also noting that he would go into detail about each planet’s inhabitants and what they were like. The book, as he put it, could’ve possibly been the precursor to the Song of Ice and Fire series.

The video seems to tout one of Martin’s later works, The Official Game of Thrones Coloring Book, which brings the GoT universe to life in a fashion similar to his childhood encyclopedia of space. Nothing like some good, old-fashioned adult coloring to get those creative juices flowing!

Check out the YouTube clip below to hear more about Martin’s experience with world building.

Funny stuff, I love it.