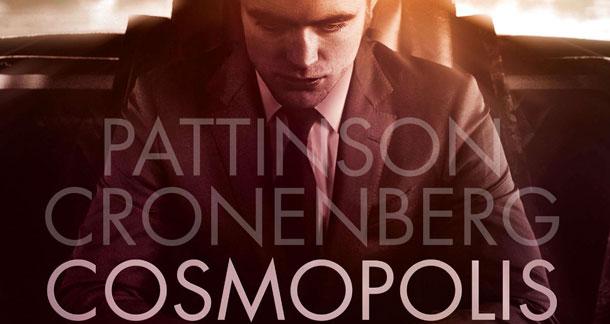 Here is the trailer for Cosmopolis, directed by David Cronenberg, based on the novel by Don DeLillo. Looks fun, right? Was that a dinosaur? Also, who else is excited that this is starring the kid from Twilight? That means it has to be good.

Here's a summary of the book, from Twitchfilm:

Eric Packer risks his entire fortune to bet against the yen on a tumultuous day, a move that puts him in an assassin's crosshairs as he moves from place to place in a limo in a study of capitalism that takes place in a slightly futuristic metropolis.

Here's a list of release dates from the film's website, though it doesn't mention anything about the United States. Does anyone know when this is coming out?

Editor's Note: As both a huge Cronenberg and Delillo fan, I was all sorts of disappointed when Colin Farrell dropped out and Pattinson was cast. But this teaser has made me a believer. And even though I feel it is kind of misleading, and makes the film look action packed, I am still super pumped for this.

I don't remember there being any dinosaurs in the book. Anyone?

You're right. Just watched it frame-by-frame and it does look like a rat. So does anyone remember a giant rat in the book?

Class Director
Rob from New York City is reading at a fast enough pace it would be cumbersome to update this March 22, 2012 - 9:50am

Sorry. I thought it looked like a T-Rex. But that's just where my mind goes on most things.

Aaron Deering from where the ghetto meets the sea is reading Wuthering Heights March 22, 2012 - 12:07pm

First time I saw the Lost pilot and heard the smoke monster sounds, the first thought in my mind was, "Holy shit, this show has dinosaurs."

The trailer radiates strange . . . techno-porno vibes . . . whatever that means!

This is what we need.  Something weird.  I'm not being sarcastic.  I like weird and pornographic, Hollywood has become a PG13 playpen lately.