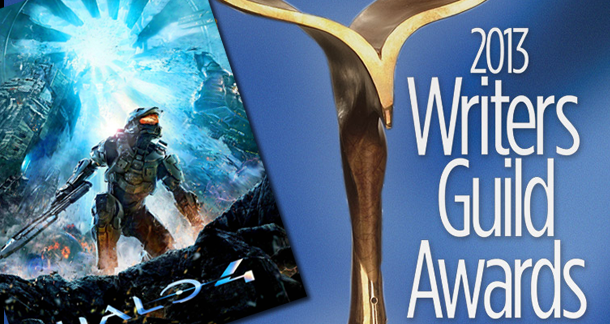 Six years ago a long-neglected medium got its first acknowledgment by the Writers Guild of America — the union which represents U.S. television and film writers — when they added the category of “Best Videogame Writing” to their annual awards.

Many saw this as an acknowledgement that having a decent plot made a better video game and that the industry had ‘come of age’. (I could argue that having believable dialogue in a game is just as important, but that’s for another column).

The awards are strictly for writing and must be credited in a game’s manual or onscreen. The nominees for 2013 include:

I like my games with a decent plot  how about you?

The awards ceremony takes place on Sunday, February 19, 2013 in Los Angeles. More information on their website.

Skygrotto from Southwestern Ontario is reading Europe: A History by Norman Davies January 31, 2013 - 7:50am

Hitman: Absolution came out last year, and had tens of thousands of pages of script. Though the plot was straightforward, a McGuffin would say Hitchcok, there were hundreds of storylines going on between everyday type charcaters. This attention to character and stories, even when they're not part of the main character's story, deserves recognition... when it's done well.

Joshua Chaplinsky from New York is reading a lot more during the quarantine January 31, 2013 - 8:50am

I don't think the Halo storylines are anything great, but say something like LA Noir... the writing in that game was fantastic. More open and non-linear than a novel. It's like writing an entire season of television. Definitely worth recognizing.

I am not sure how a couple of those games ended up in there for best writing but... I think both of the games mentioned in the comments would be better than a few of them, but LA Noire came out before the start date for eligbility, and Hitman Abosolution came out only ten days before it ended. That might be why. Well, in the former case, there's really no point in speculating.

In any case, I'm hoping for Assasin's Creed III.

Stephen TheBoyW... from The middle of the Mojave Desert is reading The Goodlife by Keith Scribner February 1, 2013 - 12:43am

You have to be a member of their club to get nominated. How else would trash like 007 Legends be in the running?

Ray Richards from Michigan and Iowa is reading The Great Shark Hunt by Hunter S. Thompson February 1, 2013 - 2:44am

Spec Ops the line. It fucks with our brain. It has a lasting and thought provoking story. DOn't google it. Just get it.