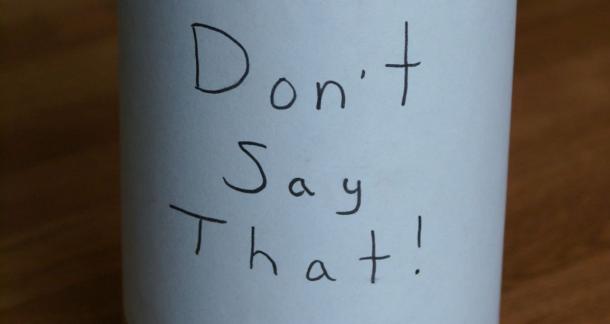 It's been a banner week for the F-bomb.

First, a British historian has uncovered the oldest-written use of the word "fuck". The name "Roger Fuckebythenavele" appears multiple times in an uncovered court document from 1310. It looks like Roger Fuckebythenavele is a nickname, and it would seem that whoever wrote it down was using "fuck" as a slam. This great discovery trumps the previous record holder by nearly 200 years. Big congratulations to the city of Chester on this historic discovery.

Second, a little free fucking speech case. A man who was issued a speeding ticket returned the citation with full payment, plus a little extra ink that read "Fuck your shitty town bitches."

The city workers who opened the letter were upset and offended, and when the offender appeared in court, he was put in jail on an aggravated assault charge as a result of his word choices. The offender wasn't squashed, however, and as proceedings continued, he wrote an attorney and asked him to drop the charges:

I hope this letter finds you in terminally ill health, stuck in a loveless marriage and full of loathing every time you catch a glimpse of yourself in the mirror.

The offender pursued damages in federal court, and he fucking won!

Speech is often provocative and challenging, but it is nevertheless protected against censorship or punishment unless shown likely to produce a clear and present danger.

I hope that by standing up for myself, other Americans will not be treated like criminals for complaining about their government with a few harmless words.

And finally, in athletic f-bomb news, Colts fans lead Twitter in use of the word "fuck" as week one football comes to a close. Who knew you had it in you, Indianapolis?