EXCLUSIVE: Far Beyond Driven—The Sequel to 'Drive' to be released in April 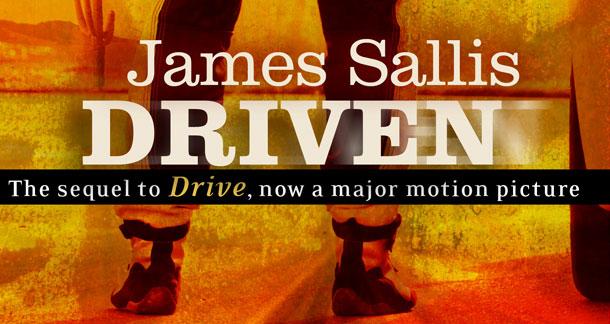 This past weekend I contacted James Sallis, author of Drive, to congratulate him on his inclusion in the New York Times Best Crime/Mystery novels of the year for his most recent effort, The Killer is Dying, and the morning after I wrote the Phoenix, Arizona novelist he responded with this short e-mail:

Guess you heard that Driven will be out in April.

Of course, I’d known the sequel to Drive was being written from my last interview with Sallis, but he gave no hint to when it would actually be completed. Upon reading the e-mail, I immediately jumped on Twitter and announced the sequel, which not only caused a stir among my followers, but the LitReactor gang as well.

I quickly responded to Sallis, asking if he’d be willing to provide a synopsis or quote regarding Driven and in typical Sallis fashion, he refused, citing his current writing schedule. So I turned to Barbara Peters and Robert Rosenwald, owners of the Poisoned Pen Press and the original publishers of Drive and the upcoming sequel, for a statement and Rosenwald responded with a brief synopsis, (“Six years later - Phoenix. Out of nowhere someone wants Driver dead. Who? Why? Big mistake...”) a rough draft of the cover art, and the following statement:

When we agreed to publish Drive, it felt like a happy accident. In the Spring of 2004 my friend and one of my favorite writers, James Sallis, gave me a slight manuscript: Drive. I loved it. When I ran into his agent, Vicky Bijur, at Bouchercon later that Fall, I told her that if she were unable to find a large house to publish Drive, I’d be elated to have Poisoned Pen Press publish it.

After the extraordinary success of Drive and with no contractual obligation to Poisoned Pen Press, Vicky and Jim easily could have sold Driven to virtually any mainstream publishing house for significant money, but they didn’t. I should not have been surprised. Among the many themes running through these books—and upon reflection, through all the books of James Sallis—is integrity. I know of no other writer so devoted to his craft and to what he believes. 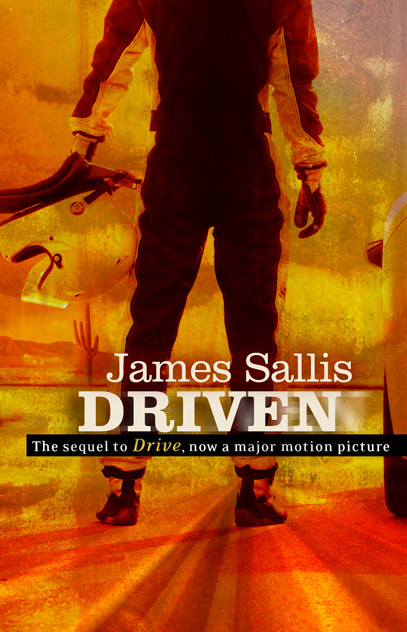 The next questions, of course, are: Will Driven live up to the original novel, which to many critics and readers alike is regarded as one of the best crime noirs written in the last fifty years? And, would Nicolas Refn—director of this past summers ultra-violent Ryan Gosling vehicle—be willing to step into the director’s chair again to adapt the sequel?

Time will only tell, but as a die hard noir-head, my nipples are so hard with excitement to read this novel that I’ve already ripped three shirts.

I'm really curious about this. I haven't read the original Drive, but there's so much being said about it right now.

Slipping on my devil's advocate hat for a minute.

From when exactly since Drive covers the totality of Driver's life from childhood to death and the books two main plot lines (which were combined for the movie) take place at different times.

I may just be a product of the Baltimore school system but I'm confused. :)

I'm also concerned that the enigmatic nature of the character will be diluted by increased exposure.

I also wonder if a more straight forward narrative approach will be used and if so will it have the same effect as Drive.

With all of that said I am really looking forward to reading this.

Joshua Chaplinsky from New York is reading a lot more during the quarantine December 8, 2011 - 11:17am

Loved the film. Gonna have to check both these books out.

R.Moon from The City of Champions is reading The Last Thing He Wanted by Joan Didion; Story Structure Architect by Victoria Lynn Schimdt PH.D; Creating Characters by the editors of Writer's Digest December 8, 2011 - 4:47pm

I'm in the middle of it now. It's good, but sometimes I get a little lost. Could be because I pick it up like every other day or so.

I've heard so many good things about this book and Sallis that I want to read and watch this. I wonder when it'll hit dvd.

Wonder if it would be during Driver's time in Mexico. Sallis venturing in Rodriguez county? My nipples are positively Rawson-esque.

@NikKorpon - Glad I could make your nipples all bumpy and lopsided!

BTW, click HERE for an update on Driven. I'll be hosting the debut event along with Mr. Sallis and I'm very honored to be apart of it.

Joshua Chaplinsky from New York is reading a lot more during the quarantine February 1, 2012 - 3:17pm

Yeah, Keith, I saw that on your Facespace. God I wish I lived within four hours of that.

@Josh- The book and movie carry much of the same plot and themes, but tonally and aesthetically are completely different. They're polar opposites in the same way, in that they use sparse prose/shots to create the most beautful scenes. But you'd be more likely to hear the theme song of Amigas y Rivales than synth-pop in the novel.

Joshua Chaplinsky from New York is reading a lot more during the quarantine February 1, 2012 - 8:42pm