Does It Matter If You're Black Or White?: Race And The New York Times Book Review 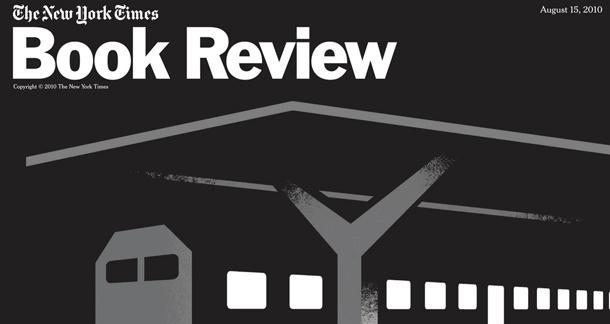 The New York Times Book Review is a Goliath in the industry. In fact, according to Wikipedia, it's one of the most influential and widely read book review publications there is. But as of late, the NYT has come under fire for an underrepresentation of African-American literature.

University professor and author Roxane Gay found that nearly 90% of the New York Times book reviews published in 2011 were of books by white authors. Gay researched the racial background of every author critiqued by the NYT last year, and her study yielded stark results: 31 black authors against 655 white ones. Gay said, "The numbers reflect the overall trend in publishing where the majority of books published are written by white writers."

At the time of the report, the racial makeup of the United States was 72% white. Given this roughly 5:1 ratio of whites to blacks, an 88% discrepancy doesn't look quite as shocking. While it's important to have proper representation of our culture within professional book reviews, it's hard to say whether the NYT Book Review is a good ol' boys club promoting its own agenda, or a group of experts merely reporting on the state of books today.

“I don’t know how to solve this problem or what to do with this information,” wrote Gay, who is black. “I like knowing where things stand.” Are Professor Gay's contentions correct?

I still find it unfair that every race that may have whiter skin is immediately lumped together as if they couldn't possibly have come from different places with different cultures.

If they're going to research this properly, they should probably also look at how well all people of color (hispanic/latin@, asian, native american, etc), female, and LGBT authors are being represented as proportional to their percentages in society.

Dwayne from Cincinnati, Ohio (suburbs) is reading books that rotate to often to keep this updated June 13, 2012 - 11:07pm

The data is useless without the number of white published to compare it to. If 88% of books published are by whites (seems unlikely but I don't know) it shows nothing. If 50% you might have some data.

JEFFREY GRANT BARR from Central OR is reading Nothing but fucking Shakespeare, for the rest of my life June 13, 2012 - 11:58pm

While we're at it, let's find out if 88% of the readers of the NYT-BR are properly diversified.

"According to racial equality activist Richard Lapchick, the NBA in 2011 was composed of 83 percent non-white players, including 78 percent black, four percent Latino, and one percent Asian; 17 percent of the players were white." http://en.wikipedia.org/wiki/Race_and_ethnicity_in_the_NBA