Did CNN Overdramatize Story About Police, Overdue Library Books, And A 5-Year-Old? 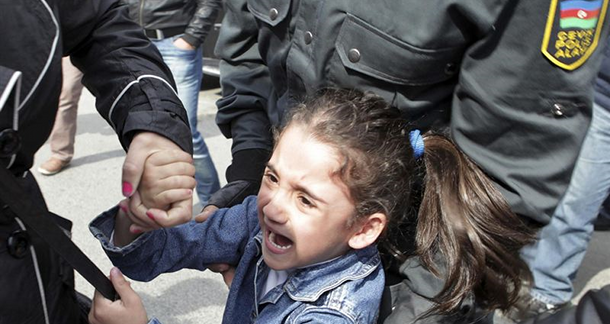 So here's the thing: Initially I read this story, about cops visiting the home of a 5-year-old because she had overdue library books, and I thought, "That's terrible! Who watches the watchmen?!"

Then I actually read the whole story...

CNN reported that cops visited a home in Massachusetts and little Hailey Benoit burst into tears because she hadn't returned How To Tie My Shoes and Eloise's Birthday since April. She thought the cops were there to arrest her! And now the mom, Shannon Benoit, is very angry!

But CNN buried the lead. A spokeswoman from the Charlton Public Library said the Benoit family owes more than $100 in late fees for overdue audio books checked out by Hailey's father. The library sent letters and made calls, but never heard back from the family.

So on one hand, it's a little weird that the cops are showing up to strong-arm people for the libraries. What is this, some kind of library mafia?

But it also sounds like the family is trying to deflect blame for their negligence by making a big deal about how much this traumatized their daughter.

LitReactors, what do you think? You can read the original story here.

You hit the nail on the head. I live in the same neck of the woods as Charlton, and I can tell you it's a nice little town, not some police state, and I'd be willing to bet that the last thing that cop wanted to do was chase down overdue library books.

I feel sorry for the little girl and I think, slow town or not, it's a little ridiculous to waste cops' time by asking them to  enforce library policies, but the inescapable fact for me is that if mommy or daddy were responsible people, they would have returned THEIR books (the story doesn't mention one item covered by the local media -- the overdue materials were the father's, not the girl's) on time (or even a little late) and avoided this whole incident in the first place.

I believe the news reports police brutality and other oddities as such lately simply because of all the pepper spraying hits created by the Occupy Movement. It also makes them look like fighters for humane rights as they don't report the issues that actually matter.

Get them to rally against a Police station, not a Senator who is voting to take their rights away. It's sickening really, but at least I now remember to pay my library fines...

I remember getting a letter from the library for a book I had not returned for...well...a very long time. It told me what I was being charged for late fees and the fee to cover the cost of the book if it was not returned. Because of outstanding fees, I could not check out any more books.

I believe there was some mention of being taken to court to retrieve it or them filing a claim against me if it was not paid by a certain date. I found it a little daunting and then paid it off one day late without any other consequences.

I would like to know what was done before the police were sent to collect. Notices, phone calls and suspension of check out abilities seem like the in between.

Couldn't the library have used a collection agency to try to collect the fines?  Why did the police need to be involved?

That said, I think the family should stop pointing the finger at the authorities, take some accountability for their actions, and just return the books and pay the fines.  It sounds like the poor girl was unnecessarily traumatized by her deadbeat parents.

amongthegoblins from North Carolina is reading Among Others, The Three Musketeers, Bindoff's Tudor England, and Les Sortceliers January 6, 2012 - 2:47pm

I think it made a very clear point. You could probably consider unreturned books and unpaid fines a form of petty theft, and I'm sure it's a lesson the family won't soon forget. Then again, they might not be returning to the library anytime soon.