Ciaran Hinds Cast As Mance Rayder in 'Game of Thrones' 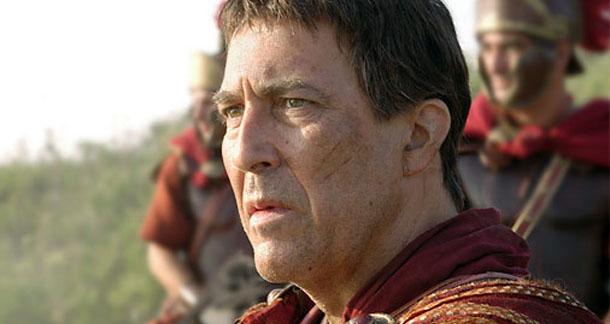 Last week I expressed some concern that the latest season of Game of Thrones was filming, and a pivotal character--Mance Rayder, a former member of the Night's Watch and the King Beyond the Wall--had yet to be cast.

HBO finally got around to filling the job--Mance Rayder will be portrayed by Irish actor Ciarán Hinds in season three, which debuts on March 31 (i.e., not soon enough). Hinds portrayed Caesar on HBO's Rome.

Not too shabby a choice. Hinds has the gravitas for the role--I just hope he nails the charisma. He probably will. The casting thus far has been top notch.

What do you think about the choice? Are you as excited for this show to come back as I am?

Joshua Chaplinsky from New York is reading a lot more during the quarantine August 17, 2012 - 11:08am

Class Director
Rob from New York City is reading at a fast enough pace it would be cumbersome to update this August 17, 2012 - 11:16am

Incidently, I watched John Carter a few days ago, which Hinds was in, with Dominic West, who supposedly turned down the role of Mance Rayder. Coincidences!

He's great. I too loved Rome. Now if only HBO or somebody would pick up where Rome left off, maybe by re-filming I, Claudius. Or wouldn't it be great if someone did a big, splashy (but HBO-quality, not--shudder--Showtime) series based on Stacey Schiff's huge biography of Cleopatra. Until I read that book, I thought Rome was just exaggerating about Roman-era decadence. Not so!

I loved Rome! Ciarán Hinds played an awesome role as Julius Caesar! I think he can pull it off. If he could play Caesar, known for his charisma, he can bring charisma to the role of Mance Rayder.

@Jane Wiseman: HBO picking up where Rome left off? I like it. And, yes. HBO! Quality programming. "It's not television. It's HBO."