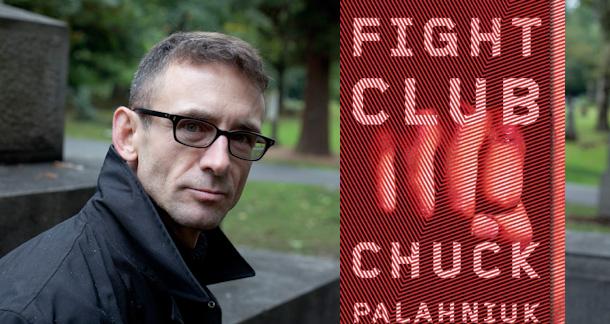 Huge--nay, gargantuan--news coming straight from the mouth of Chuck Palahniuk: there will be a graphic novel sequel to Fight Club.

I repeat: there will be a GRAPHIC NOVEL SEQUEL TO FIGHT CLUB!!!

This all-caps text and excessive exclamation points reflect the state of the internet right now, as LitReactor's sister site chuckpalahniuk.net confirms, via email with the author, that this is indeed a thing:

About the graphic novel, it's true. Chelsea Cain has been introducing me to artists and creators from Marvel, DC and Dark Horse, and they're walking me through the process. It will likely be a series of books that update the story ten years after the seeming end of Tyler Durden.   Nowadays, Tyler is telling the story, lurking inside Jack, and ready to launch a come-back. Jack is oblivious. Marla is bored. Their marriage has run aground on the rocky coastline of middle-aged suburban boredom. It's only when their little boy disappears, kidnapped by Tyler, that Jack is dragged back into the world of Mayhem.

It will, of course, be dark and messy. Due to contract obligations it can't come to light for a while. Next year is "Beautiful You," followed by the story collection. But since the Fight Club sequel will appear serialized in graphic form, my book publisher might allow me to launch it earlier than 2015.

Feel free to release any or all of this information. We haven't started to court a specific publisher, not until I hammer out the complete story.

News of Palahniuk's plans first broke on Friday at Comic-Con, when asked what the author was working on next. So while it may not be "next" in the truest sense of the word, the sequel is happening. Most definitely.

Do I even have to ask who's pumped about this?

In this world there is good news and there is DAMN GOOD NEWS!  I can't wait!  Jack and Marla as a Mom and Dad?  Oh boy.

I really like the idea of Tyler Durden narrating it from inside Jack.

I wonder if the graphic novel is going to feature Ed Norton, Helena Bonham Carter, and Brad Pitt. They pretty much owned the roles.

I may have just evacuated my bowels. Thats an interesting question? Are the characters going to resemble Ed, Brad, and Helena? They don't really need to I suppose.

Dwayne from Cincinnati, Ohio (suburbs) is reading books that rotate to often to keep this updated July 22, 2013 - 10:01pm

I am so hoping that the kid is normal, at least when he gets older. "Yeah dad used to be a terrorist and mom had some issues, but you know life goes on. I really want to get into graphic design, maybe build a few web sites on the side."

Pumped! Looking forward to it!