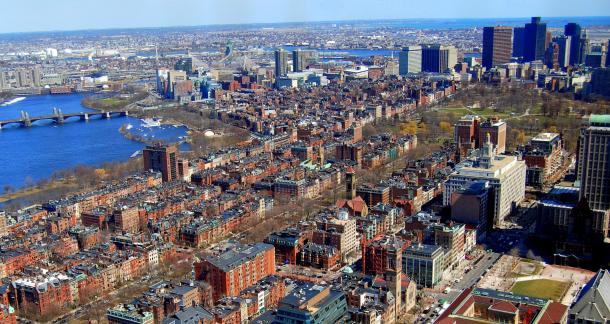 Some junk goes missing in the library, it's usually no big deal. Books get misshelved all the time, and for the most part they turn up sooner or later.

But when some valuable pieces went missing from Boston Public Library, a full-fledged investigation was launched.

Granted, these were some pretty fancy items. A $30,000 Rembrandt etching, a $600,000 Dürer Engraving, not to mention some sheet music and gold coins. Yes, you read that right. Gold coins went missing from the library. In a shocking turn of events, gold coins were stolen from a place where items such as DVD's and CD's are usually stolen.

Boston Library's director, Amy Ryan, launched an investigation, but apparently it wasn't hardcore enough for Boston mayor Martin J. Walsh. Walsh, along with his chef of staff, did some digging of their own, going so far as to involve Boston P.D. and the F.B.I.

It would seem that Mayor Walsh had very little faith in Ryan, and amidst his displeasure and the scandal of the missing items, Ryan announced she would retire early, an announcement she made one day before the missing Rembrandt and Dürer pieces were located. They'd been misfiled in a room of over 200,000 items, about 80 feet from where they were supposed to be.

As for the gold coins and sheet music, it turned out those had been missing since before Ryan took her position with Boston Public Library.

The accidental misplacement story didn't seem to satisfy Mayor Walsh, who doesn't seem too hot on Ryan, and it would seem Ryan doesn't particularly want her job back, a situation summed up well by writer Dennis Lehane:

I think it sucks, frankly, that Marty accepted her resignation and doesn’t seem open to reconsidering...It depresses me to know she’s no longer running that ship.