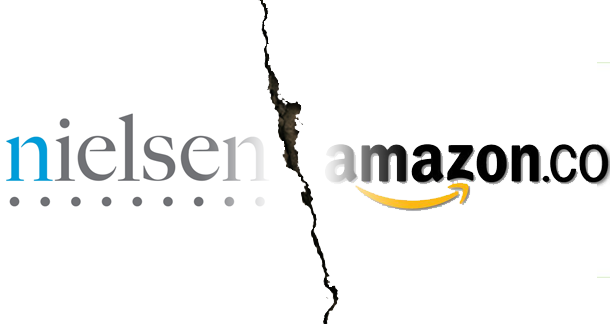 Anyone who’s published a book wants to know how many copies they’ve sold, don’t they? Amazon and Nielsen seemed to be meeting this demand by giving authors access to the data collected by BookScan via Amazon’s Author Central pages. It’s a way to see, at a glance, how many units have been sold of your books. But the numbers don’t add up — particularly for niche or self-published titles. And it doesn’t count eBooks either.

The figures can show quite a discrepancy as Colleen Doran, a graphic artist who's worked with the likes of Neil Gaiman, found when she compared her royalty statement for one of her books to what BookScan was reporting.

According to BookScan, it has sold 542 copies in hardcover. Ouch. What a bummer! This is accurate as of yesterday. Except I got a royalty statement on this thing. And according to my royalty statement, this book sold 7,181 copies by end of the accounting period, which was last summer.

BookScan claims to cover over 80% of the “retail print book marketplace”. But it doesn’t capture some retailers, such as science fiction or comic specialists or international sales which account for “20 to 30 percent of all sales for the average trade house”.

Does it matter? Well, if the discrepancy was predictable, that would be fine, but the more channels available over the internet, the farther from the truth BookScan’s figures seem to be. What’s bizarre is Amazon’s resistance to sharing their figures with Neilsen to address at least part of this issue, making BookScan useless for those of us who use Amazon’s services. (Okay, I know, the data’s available elsewhere, but that’s not my point).

I think what’s concerning a lot of people in the trade is how publishers are using the figures: if a new author’s track record looks patchy on BookScan, are they refusing to take that author on? A lot of people think so.

I just looked at my sales figures and it’s not registering many of my sales at all, and no eBook sales. So what’s the point? If BookScan can’t track libraries, specialist shops, eBook sales or direct sales, is it really relevant for the 21st Century?