BBC's Sherlock May Be Drawing To A Close, Plus Hints About The Third Season 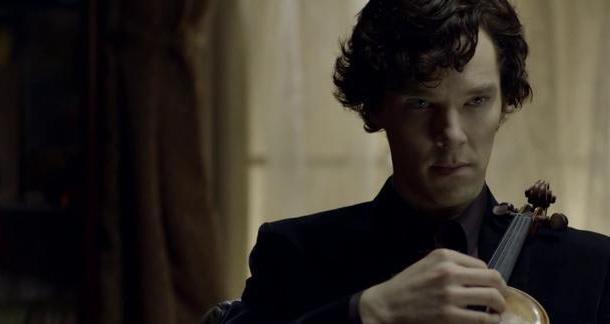 Rumors abound that the upcoming third season of BBC's Sherlock could be its last.

That's a shame, as the show is pretty brilliant. But stars Benedict Cumberbatch and Martin Freeman are in high demand. And better the series goes out on top. That's always been one of the strengths of British television--they know when to quit, instead of dragging things out (see: the two seasons of the UK version of The Office, and the five million seasons of the US version).

No word yet on when the next season will premiere. Currently it airs in the UK, they wait a couple of months, then air it on PBS here in the states. I wish they'd do it like Doctor Who--new episodes premiere in the US and the UK on the same day--but, perchance to dream.

In other Sherlock news, showrunner Stephen Moffat dropped some hints about the new season while at the Edinburgh TV Festival. Three words: Rat, Wedding, Bow.

Devin Faraci at Badass Digest broke down the classic stories these could be referring to:

His Last Bow is the final canon Holmes story, and it finds Holmes and Watson retired from detective work. It's the only Holmes story written in third person, and not narrated by Watson. Wedding could refer to The Adventure of the Noble Bachelor, about a missing bride.

Rat, though, is the wild card. Doyle didn't write any stories featuring a rat, but the following line appears in The Adventure of the Sussex Vampire:

Matilda Briggs was not the name of a young woman, Watson, ... It was a ship which is associated with the giant rat of Sumatra, a story for which the world is not yet prepared.

Writers have attempted to tell this story in the years since Sir Arthur Conan Doyle died (Holmes being a public domain character, there are countless novels and parodies and pastiches featuring the character). But none of them have been that memorable. It's interesting that Moffat could be mining a story only mentioned in passing, and given how faithful the series has been to the original text, I'm very interested to see his take on an "original" adventure.