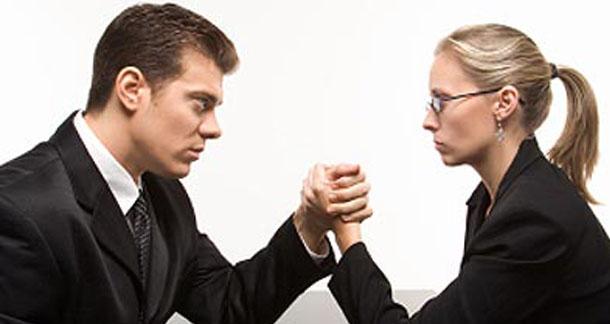 In terms of the gender-equality movement, I feel the surly bartender in the movie Anchorman sums things up succinctly: "You know, times are changing. Ladies can do stuff now." But as a new study suggests, ladies can do stuff—but they don't do it in the same numbers as men.

The non-profit group VIDA recently did a byline count for the last two years, surveying thirteen literary and political magazines, such as Granta, London Review of Books, and The New Yorker. And the results? Out of nearly 6,000 bylines counted, only a third were from women.

What cause (or combination of causes) is really to blame: inherent sexism? A lack of women writers? The "good ol' boys" club of the publishing and writing industry? At a discussion organized to address the issue, Cate Marvin, co-director of VIDA, suspects many women privately note the gender of writers, and said at the event, “We just wanted to bring the conversation that’s already happening between women and make it public.”

With the easy part of identifying the problem out of the way, now comes the difficult part of fixing it.

"Studies" like this are inherently misleading (and therefore useless) if they don't include a level-set ratio of women-to-men in the profession discussed; including adjustments for years of experience and job level. I'm not jouralist, but my gut instinct tells me if I wanted to produce a good publication, I'd give the majority of my bylines to my most established and highest ranking writers.

Dwayne from Cincinnati, Ohio (suburbs) is reading books that rotate to often to keep this updated June 27, 2012 - 6:58am

Also needs to account for interest. Are there comparable numbers of women who have attempted to be writers?

I read an article about this a few weeks ago, seems a lot of the issue is rejection. You can read the full article here. I don't know the psychological factors behind why women fear rejection more than men, or why we don't bounce back as quickly, but as a woman I know when my pitch is rejected I find it incredibly difficult to go back to the drawing board and revise.

Hopefully, opening the discussion and stearing it away from gender bias or sexism, and focusing on handling rejection and how to overcome the crippling feelings of failure and defeat - we will have more women writing about the important stuff!

Rejection could be a huge issue. I know it is true with my girlfriend. She fears rejection and sees it as someone rejecting her ability as a writer. I see rejection as that particular piece didn't fit the publisher. She lays it on herself. I lay it on the publisher.

Even if a large part of it is because a fear of rejection, that fear itself seems to me to be rooted in a sense of inferiority brought up culturally. The disparity might not be directly resulting from a sexist culture, but at least likely a by-product of it.

Personally I have a fear of rejection, but it's a fear that because I'm a female any publisher or agent would pass on my work because they either expect to be empty romance or are disappointed that it's not explicitly romantic.

Some people seem quick to dismiss this article, but when even modern female writers are being pressured, either socially or directly by publishers, to use their initials instead of their full names on their novels (ie J.K. Rowling), it lends credence to the issue at hand. Whether it's true or not, as a young woman with aspirations to be a writer, you get the sense that you either need to hide the fact that you're a woman in order to be successful or be okay with a mostly female audience.  And that feeling in general, I think, deters many women from pursuing writing because they perceive that they can't be as widely successful as men, or that they will only reach female readers so they write lower quality books that appeal to the female masses exclusively.

Dwayne from Cincinnati, Ohio (suburbs) is reading books that rotate to often to keep this updated June 28, 2012 - 6:17am

We are quick to dismiss it because a single data point is all but useless; at best it shows what other information is needed before any meaning can be assigned. If one third of submissions are coming from women, there isn't much editors can do, the advice given to female authors would need to change. If men's work just sells better it's a marketing issue. If the submissions of women are of lower quality then it's probably an educational issue. If not normalized for age (the fact that older male authors who entered the writing pool are still turning out work, while the women who would have been writing from that time period are mostly doing work that was open to them back then) it could be literally meaningless. The list of things things and combinations this COULD mean is endless without more solid information.