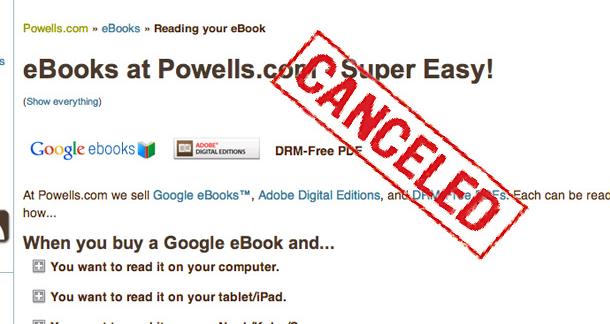 In a blow to independent bookstores, Google is giving the ax to its eBook reseller program, which let indie stores sell eBooks through Google. The program allowed stores to receive an additional revenue stream, while leveling the playing field with the big online distributors.

At least, it was supposed to do that. Google explained in a blog post:

“With the launch of Google eBooks in 2010, we introduced a multi-faceted approach to selling eBooks: online, on devices, through affiliates and through resellers. One part of that effort — the reseller program — has not gained the traction that we hoped it would, so we have made the difficult decision to discontinue it by the end of January next year.”

Oren Teicher, CEO of the American Booksellers Association, told members in a letter that by the time the program ends, they will "offer IndieCommerce users a new alternative eBook product, or choice of products.”

Google isn't getting out of the eBook business--they'll still sell them through Google Play, which will also features movies and music. Now we'll find out if Google has the juice to take on Amazon directly.