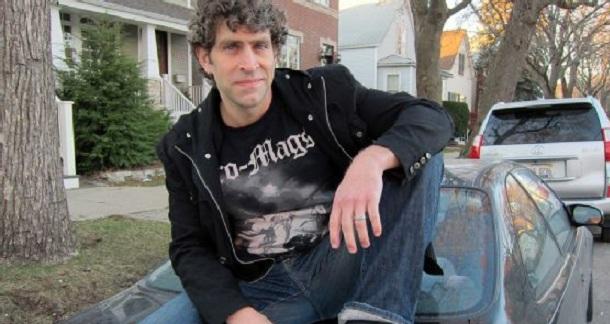 Marcus Sakey, best known for his novels The Blade Itself and The Two Deaths of Daniel Hayes has announced he will give 100 percent of the profits from his e-anthology Scar Tissue to Team Julian Foundation, an organization raising money to fight pediatric cancer throughout September, which is Pediatric Cancer Awareness Month. In October, Sakey will give 50 percent of the profits to Team Julian.

If this story inspired you and you want to buy a copy, you can go here.

Yours truly needed extra motivation though and visited Team Julian's website and found heartbreaking photos of a little boy who seemed every bit as brilliant, lively and capable as other kids his age, had he not been swept away by this horrible disease. If you need that extra push or simply want to get involved, click here.

Now excuse me, I'm off to go read Scar Tissue...

The Two Deaths of Daniel Hayes: A Thriller

JEFFREY GRANT BARR from Central OR is reading Nothing but fucking Shakespeare, for the rest of my life September 25, 2012 - 6:37pm

I really enjoyed 'The Blade Itself', and this just makes me realize that the guy who write it is awesome. Plus, Cro-Mags shirt, respect!

Seriously though, the thought that people have to RAISE money to try and fight pediatric cancer. How sickening is that? We have the Super-pacs spending billiosn on TV commercials, Hollywood re-making terrible movies, and spending trillions on 'defending' countries that most americans can't find on a map! Just think what we could do by diverting even 2% of all those slush funds, advertising dollars (how about a 2 minute infomercial about this issue during the superbowl, and PepsiCo and Sysco and blah blah donate the money earmarked to St. Jude's hospital, or some other worthy cause - oh, can't do that, people will be bummed out while they stuff their faces with nachos and boneless buffalo wings), and just plain godawful waste that happens every day.

And oh yeah, how about the celebrities whining about PETA, and fur, and etc ad nauseum. Put that time, effort, and money into saving kids - when a 3 year old can survive a so-called inoperable' cancer, think of how much better you'll feel. Make animal spaying mandatory and be done with it so we can save the next great artist, or scientist, or writer, or doctor. Priorities.

Unfortunately, man. A lot of people a making money from diseases. Medication peddlers for one. They're not bound by any oath. The dollar is the be all, end all. As long as it will be so lucrative to others to be sick, well...people will remain sick. Sakey is nonetheless awesome for pulling this out.