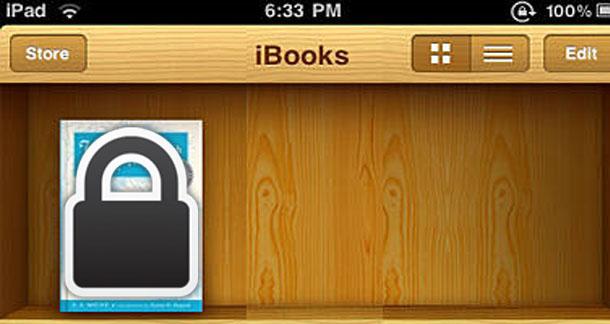 Yesterday we wrote about the major eBook announcements that Apple made, including an app for designing and uploading your books to iBooks. This was heralded as great news for the self-publishing crowd.

Except it's not all sunshine and gumdrops, because Apple held back a pretty big caveat: A book designed on their app can't be sold elsewhere.

Apple's new app, iBooks Author, is like GarageBand for books. The emphasis is on interactive textbooks, though you can self-publish just about anything. But, Dan Wineman over at Venomous Porridge discovered the following message upon uploading a book:

IMPORTANT NOTE:
If you charge a fee for any book or other work you generate using this software (a “Work”), you may only sell or distribute such Work through Apple (e.g., through the iBookstore) and such distribution will be subject to a separate agreement with Apple.

You can check out his site for some more instances of legalese.

So, on one hand, this makes sense. If you design a flashy, interactive book through the app, then you built it using Apple's proprietary software, and there's a reasonable degree of expectation that said book should be sold through iBooks. And anyway, due to compatability issues, it's not like you can drop that book straight into the Kindle store.

At the same time, this is disappointing news for the self-publishing community. Does this mean a different version of the same book can't be sold in another store? Are there any other legal issues to be concerned about, in regards to the intellectual property?

The thing that's troubling here is that, while Apple didn't specifically try to trick anyone, this could have been made more clear. You aren't warned about the restriction until you try to upload the book--which means someone could spend a great deal of time formatting and uploading their book, only to find they're restricted to a store that controls only a fraction of the eBook market.

There are two morals to this story: