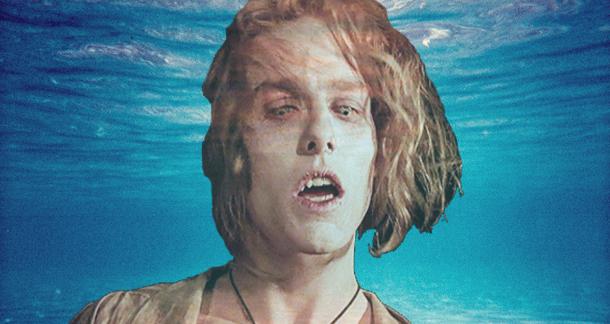 Lestat is back! Anne Rice, bestselling author, has announced the publication of a new novel focusing on the infamous vamp.

Prince Lestat and the Realms of Atlantis is due for release on November 29th, 2016. The publication marks her second Lestat book in the last two years, although prior to that the series saw a 10-year gap.

According to Amazon, the plot description sounds enticing:

At the novel's center: the vampire Lestat de Lioncourt, hero, leader, inspirer, irresistible force, irrepressible spirit, battling (and ultimately reconciling with) a strange otherworldly form that has somehow taken possession of Lestat's undead body and soul. This ancient and mysterious power and unearthly spirit of vampire lore has all the force, history, and insidious reach of the unknowable Universe.

It is through this spirit, previously considered benign for thousands of vampire years and throughout the Vampire Chronicles, that we come to be told the hypnotic tale of a great sea power of ancient times; a mysterious heaven on earth situated on a boundless continent--and of how and why, and in what manner and with what far-reaching purpose, this force came to build and rule the great legendary empire of centuries ago that thrived in the Atlantic Ocean.

And as we learn of the mighty, far-reaching powers and perfections of this lost kingdom of Atalantaya, the lost realms of Atlantis, we come to understand its secrets, and how and why the vampire Lestat, indeed all the vampires, must reckon so many millennia later with the terrifying force of this ageless, all-powerful Atalantaya spirit.

Are you a fan of Prince Lestat?

I am sure the new novel about infamous vamp will be successful. I am waiting for the releasing of Anne Rice. She is the best author. I have read most of her novels and all these novels getting inspiration for us. The Women’s wholesale clothing center providing the best and fashionable dresses to make our functions beautiful.