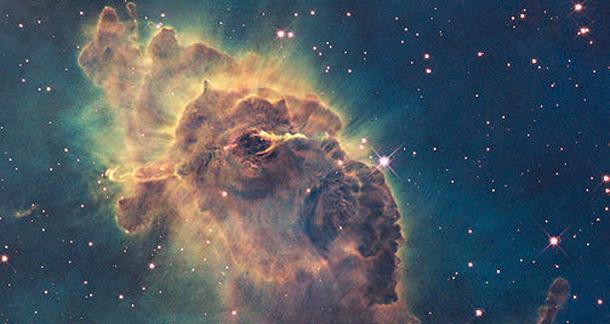 Over the weekend, The Science Fiction & Fantasy Writers of America held their forty-eighth annual Nebula Awards, which includes the Ray Bradbury Award for Outstanding Dramatic Presentation and the Andre Norton Award for Young Adult Science Fiction and Fantasy Books.

Previous Nebula and Hugo winner Kim Stanley Robinson took home the Best Novel prize for his latest 2312, which deals with Earth's colonization of the solar system and "a sequence of events will force humanity to confront its past, its present, and its future." (via Amazon)

Fellow future narrative After the Fall, Before the Fall, During the Fall won Best Novella. Written by Nancy Kress, another former Hugo and Nebula winner, the story details Earth's destruction, and the attempts of twenty-six surviving humans to rebuild.

Beasts of the Southern Wild won the Bradbury, beating out the likes of Joss Whedon's The Avengers and Cabin in the Woods, as well as The Hunger Games and Looper. The Norton award went to E.C. Myers for his YA novel Fair Coin. Tor has a full list of every nominee and winner here.

I'm admittedly unfamiliar with the aforementioned titles, so shout out your love in the comments section. Or, if you disagree with the selection of winners, let us know too.

dufrescm from Wisconsin is reading Do Androids Dream of Electric Sheep May 20, 2013 - 2:07pm

Major 'gratz to everyone, but most especially to E.C. Myers!  He did the guest review for my Teleport Us! submission and was super-thorough and awesome! Looking forward to reading more from him!