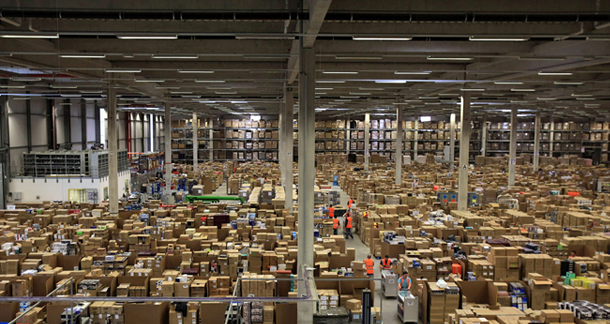 Amazon has ginormous warehouses where it keeps all the stuff we purchase with a click, waiting to be sent to us as quickly as possible. Some of those items are valuable, some less so, but in an effort to keep staff from helping themselves, the giant put security checkpoints to search warehouse staff as they left the facility.

Now, the warehouse staff have begun a lawsuit over the practice. Interestingly, it’s not about the fact they’re being searched, but the time it takes to get through the checkpoint. Laurie Castro and Jesse Busk are lead plaintiffs in the suit.

"You're just standing there, and everyone wants to get home," said the 36-year-old Busk, who lives in Nevada. "It was not comfortable. There could be hundreds of people waiting at the end of the shift."

It’s not Busk’s first lawsuit, having sued over time spent in queues while working for a temp company called Integrity (he lost). However, a recent ruling might change all that.

In 2011, a federal court in Nevada tossed out Busk and Castro's claim that they're owed money for time spent waiting on the security line, but last month a federal appeals panel reversed that portion of the decision. Their lawyers now say there are thousands of workers eligible to join the suit.

Amazon and Integrity are showing "an utter lack of respect for workers' time" in the words of their lawyer, who said this isn’t an isolated case, but affects “Pennsylvania, Tennessee, Kentucky, Delaware. They all have the same setup." Should they be paid for their time? I would think so, but it’ll take a court order to make it happen.

Hell, yeah, they should win. Thats BS that they have to waste their free time to do that stuff.

These are not exempt employees.  The minute they clock out, they are on their own time.  If they are required to pass through security that will slow them down beyond any normal walking pace, then that is company time.

Amazon is effectively stealing money from its employees.

It seems that Amazon needs to hire more people to man those security points, or pay their workers for their time. I don't really see another reasonable way to handle it, other than hiring security staff to keep losses at a minimum in the first place.