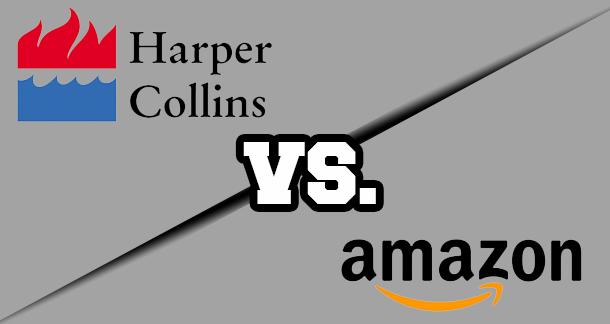 The monster corporation Amazon and HarperCollins Publishers have ended their struggle for print and eBook rights. A multiyear agreement has finally been settled upon, bringing to a close the weeks-long dispute over details regarding eBook profits, reports Bloomberg Business.

Erin Crum, HarperCollins spokeswoman, announced that “HarperCollins has reached an agreement with Amazon and our books will continue to be available on the Amazon print and digital platforms.”

The agreement supposedly aligns with past deals struck with Hachette, Macmillan, and Simon & Schuster. If you’ve been following the news, you might already know that a major hold up in negotiations between Amazon and publishers has been shared revenue and the pricing of eBooks. Amazon continues to lobby for discount rights in the belief that this will lead to higher sale numbers and total revenue. However, publishers and authors alike have argued that this would result in a loss of income.

Research shows the giant that is Amazon currently dominates 60% of the eBook market, no doubt owed in part to the company’s introduction of the Kindle reader many years ago.

What say you, LitReactorVerse? Is Amazon being fair to publishers, or just trying to take over the entire industry one book at a time?