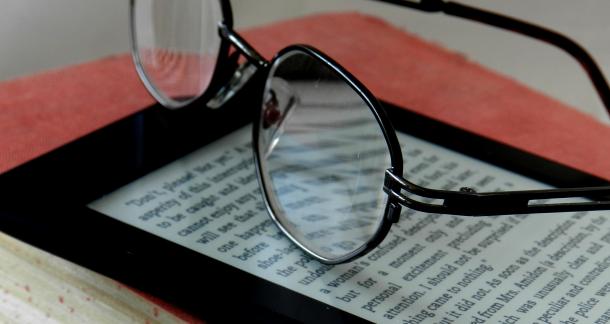 Visually impaired and blind readers will now be able to utilize the Amazon Kindle thanks to a new tool the mega-corporation has created, reports GalleyCat.

The feature is dubbed “VoiceView,” and while it has been accessible on Amazon Fire tablets for a while now, this is the first time it’s been adapted to function on the Kindle Paperwhite, the company's more afordable eReader. The theory behind VoiceView is a simple one: Using text-to-speech voices, eBooks can be verbally relayed to the user.

Amazon has more to say about the new Kindle Feature:

Visually impaired customers will be able to use VoiceView for Kindle with the new Kindle Audio Adapter—an Amazon-designed USB audio dongle—to connect headphones or speakers, which then allows the ability to listen to and navigate the user interface, in addition to listening to books. The Kindle Audio Adapter was designed specifically to be used with VoiceView for Kindle.

If you're an Apple User, you won't be able to use VoiceView via the Kindle app. However, there is an accessibility feature in the Settings that will perform the same function (instructions on how to utilize these feature can be found here).

What do you think of VoiceView?