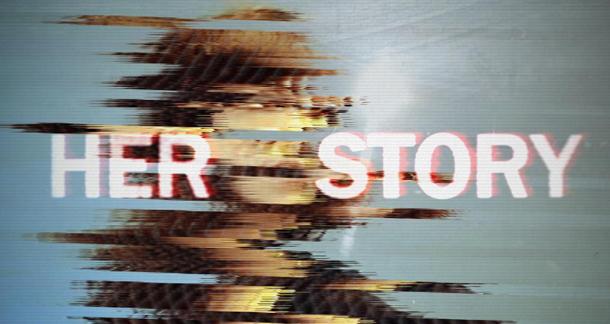 We're in an era where the distinctions between games, films and prose fiction are blurred, creating environments that are both engaging and immersive for the player/viewer/reader—satiating, simultaneously, a critical need for quality entertainment, and more subconscious, vicarious and perhaps even voyeuristic desires. Titles such as the wildly popular The Witcher 3: Wild Hunt and 80 Days (read my review of the latter here) have broken new ground for interactive, user-controlled and influenced narratives.

Her Story, a game from independent developer Sam Barlow, blurs the medium line even further, giving us a gaming experience unlike anything we've seen before, a game which is ostensibly simple and straightforward, but which is, like any great mystery narrative, far more complex than it seems.

Here's a neat summary of Barlow and his career up to this point, courtesy of Guardian writer Keith Stuart:

Until a year ago, Barlow was working for mainstream studio Climax, where he designed the horror game, Silent Hill: Shattered Memories. Although it was part of a long-running series, the title was an oddity, hugely informed by Barlow's interest in the 'interactive fiction' genre of highly narrative-based adventure games. Now he has set up on his own, and is experimenting with new ways to build compelling interactive mysteries.

For a broader picture of Barlow's career (as well as that of actress Viva Seifert, who plays the lead in Her Story), check out the game's About page.

The premise is simple: you act as an unidentified investigator searching through an outdated and partially damaged police database, reviewing a decades-old murder case via a series of seven interrogation sessions. The problem is, the videos are broken up into smaller, often seconds-long clips that are searchable only by tagged keywords. It is thus up to you, the player/viewer/reader, to listen to the woman and search for other relevant clips containing particularly interesting words or phrases. You can write notes on each clip and save them into a queue for later viewing, if you so choose.

Check out the trailer for Her Story for a better idea of the gameplay:

In an interview with GameBomb's Austin Walker (SIDE NOTE: I cannot recommend this podcast enough, particularly for writers), Barlow states that he garnered inspiration for Her Story primarily from Homicide: Life on the Streets, Serial and the Jodi Arias case, which was "a horrific, violent crime," but one which was "hard to break down into good vs. evil, black vs. white."

The same is true of Her Story's protagonist and her situation—just when we are certain of her guilt or innocence, we learn a new detail or facet of her personality. This back and forth quality of the narrative is due largely to the non-linear fashion of the gameplay, which effectively creates "iceberg fiction" for the player/viewer/reader.

There isn't a learning curve involved with playing Her Story. Essentially, if you've ever used YouTube, you know how to play this game. Except, of course, the "system" you're using is rather old, so at times the experience can be maddening, particularly if you're trying to arrange all the clips in chronological order. But this is merely part of the immersive experience of Her Story, which includes reflections of light bulbs on the screen. Moreover, aside from the musical score, which alters in tone with every discovery you make, the sound is completely diegetic, featuring the occasional cough or squeak of a chair (see the aforementioned Austin Walker interview for a broader discussion of Her Story's carefully chosen sound design). 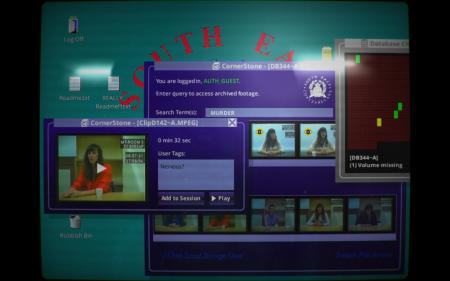 Just one: don't play this game if you have things to do, unless you're comfortable with throwing your schedule out the window. Like a tautly-written mystery novel, Her Story grabs a hold and sucks you into its labyrinthine narrative.

Her Story is available on multiple platforms. If you'd prefer to play it on a desktop, you can download the game for Mac or PC via Steam for $5.99; or, if you'd rather play it on your iOS device, click on over to the App Store and purchase the mobile game for $4.99.

Has anyone already played Her Story? What are your thoughts? Let us know what you think in the comments section below. And as always, if there's a writerly product or service you'd like to see reviewed here, just send a link to tech@litreactor.com, and I'll take a look.

Will defo check this out, also been instrested about a new PS4 game out soon called untill dawn. It's starts as a cheesy 80s horror flick about a group of teenagers in a cabin. This is also , user-controlled and influences the narrative. Or what it's calling the "Butterfly Effect" Apprently to the point where everyone in the story can die or even survive.