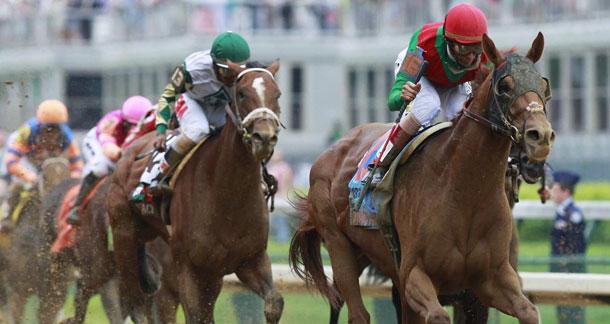 You already know how to get a traditional book deal: write the book, get an agent to represent it, then sell the thing off to the highest bidder.

Sounds easy, right? Well, it isn't. As we often discuss here on LitReactor, even the normal route in publishing is packed with a multitude of roadblocks and hiccups. Writing a novel is hard. Getting an agent is possibly even more difficult. And selling it...man, I don't even want to get into that. What I will say is that it all adds up to a very long and arduous process. Very long. Traditional publishing has never been known for its quick turnaround times. Your point A of writing a book to point Z of having it released in print is usually a few years.  When faced with the decision of publishing straight to Amazon or writing another query letter, I can see how some writers fall prey to their own impatience.

So let's talk about the road less traveled: the methods and the slim odds of them paying off.

Success Story #1: Self-Pubbing and Getting Rich Off It

J.A. Konrath and Amanda Hocking. You should know these names by now because they're the resident success stories of e-publishing. Hocking is a paranormal romance writer raking in millions off her books, and Konrath openly brags about how much cash he's got, even going as far as to post his sales figures. Both of them have fat bank accounts--there's no disputing that, but Konrath has always been a bit more vocal about his methods whereas Hocking is a low key kind of gal. Go over to Konrath's blog and take a peek for yourself. There's a ton of info regarding his publishing experiences, what works/doesn't work, etc.

Let's get one thing straight: I've never read a Hocking or Konrath novel, and those in my writerly circles that have say they're "okay" or "decent." I'm not inclined to promote either of them on a literary level, however, the sales speak for themselves. And it's those sales figures that are making young authors think it's a good idea to throw their novel up on Amazon for 99 cents. If it worked for Konrath and Hocking, it's going to work for you, right? Why wait for an agent to come around when you can start cashing in immediately?

These are the thoughts running through many young authors minds, and I'm here to point out what Hocking and Konrath can do that you probably can't: produce. Yeah, produce. Go over to their Amazon pages and see how many books they have and the spacing of release dates. They come out with a novel every two or three months. Can you do that? If the answer is no, then I wouldn't try it. Anyone can write a book and throw it up on Amazon for 99 cents. That's the easy part. What separates Hocking and Konrath from the pack is they're putting out books on a regular basis. Of course, there's all other factors like marketing and quality of work to consider, but it's their prolific ability that can't be copied. Keep that in mind when you try to mimic their publishing model. If you're missing that step, chances are, you're going end up as another bottom feeder giving away their novel for a buck.

We hear about this success story all the time too: that person that blogs and blogs and blogs until the right person notices and they're offered a fat book contract. It's the same inspiring plotline made famous in that movie Julia & Julia. Actually, that's just one example of the blogger-turned-author story. There's plenty more I could list here, covering numerous topics from fashion to cuisine to sex to child rearing. Pick a topic and you can bet your ass there's someone blogging about it.

I know a few bloggers. Some are more successful than others, but they've all got their particular niche. What I don't understand is their obsession with blogging when taking into consideration the uncertainty of it. To refer back to the formula: blog and blog and blog until the right person notices. I don't know how anyone could be comfortable with that. At least with Kindle publishing you know you're going to make some money off your work. Blogging is more or less you giving away your writing until it's deemed "commerce worthy" by some agent or publishing exec. Seems like a shitty business model.

I've heard it a thousand times: "I'm building my platform. Once I've got my platform built, I can approach an agent."

If you can make it so your page is getting 100,000 unique visitors a day because people are chomping at the bit to see how your date with Mr. X went, then more power to you. What I know about successful bloggers though is that nothing is immediate, and the chances of you locking down a book deal are slim. The Julia & Julia thing is an outlier, so when you decide to become a superblogger under the premise that this is the thing that will get you noticed, keep in mind that you're in it for the long haul. Blogging isn't a shortcut. It requires even more dedication and luck than the traditional publishing model. Consider this before you decide to circumvent that model.

Yes, there are success stories of bloggers-turned-authors, but like the Hocking/Konrath thing, they are few and far between.

Once upon a time there was a young author who thought social media was the way out of literary obscurity, so this person added friends... many, many friends. For several hours a day, this person added people to his friend's list that were nothing more than a number. It didn't matter if these people were interested in his work. All that was important was the number and making that number as high as it could be. So one day this author hit his goal: 100,000. He was overjoyed and brimming with self-satisfaction. "Now I've got a platform," he thought. Granted, there were others on the network who had a higher number, but 100,000 really said something about his clout and literary potential. "No agent can ignore 100,000," he surmised. Then a horrible thing happened: MySpace users began to migrate over to Facebook. He still had the number--his six-digit friend count, but it was meaningless now, and he would never get those years back. The time that could have been spent writing a book was squandered, and therein lies the moral of the story: never put the cart before the horse.

Social media is paramount to an author's marketing, but it isn't everything. It changes. MySpace came and went, as will Twitter, as will the next thing. Nothing in social media is permanent, yet, there are always a few knuckleheads who attempt that same tired-ass formula: friend count = sales. I don't know how young authors got it in their heads that a high Twitter following equates to a book contract, but it doesn't. It's part of a platform, and as we saw with MySpace, the platform can change. Granted, it helps to have a following, but even the best social networkers need to have a good product before they can sell anything.

Get your priorities straight:

Reversing these steps is a waste of your time. This much I've seen for myself with every would-be author tweeting the link to a 500-word sample of their novel on their Blogspot. Unlike the self-publishing and blogging methods, the social media angle isn't just a longshot-- it's damn near impossible.

There's really two parts to this: time and ability.

Do you have the ability to release a novel every couple months? Do you have the time to blog every day? Before you take on one of these literary longshots, ask yourself if you're prepared to spend the next two years or so blogging... if you're prepared to kill yourself over something that may not pan out. Konrath and Hocking are insanely prolific. Successful bloggers are dedicated and can stick with something, even with no guarantees.

Reading a success story in the paper doesn't mean you can replicate it, so think about that before you throw your novel up on Amazon for 99 cents or start a blog about cat lingerie. Give the traditional publishing route a chance. Yes, it takes a while to write the book, get the agent, and nail down the deal-- but as I've said before, there are no short cuts in this game.

And it's those sales figures that are making young authors think it's a good idea to throw their novel up on Amazon for 99 cents.

I feel it should be pointed out that Konrath staunchly advocates never pricing any of your writing below $2.99 on the Kindle store -- not even your short stories.

Edit: And now I see that, actually, he has a handful of titles up for $0.99. However, on his blog you'll find frequent advocacy that everything should be a minimum of $2.99, and the majority of his Kindle editions are priced at that mark or above.