Is It Really Such A Bad Thing To Give The Audience What They Want? 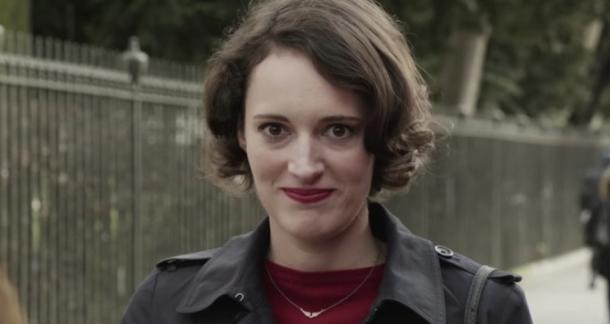 Lots of spoilers for numerous properties ahead...

I know many of you are sick of hearing about it at this point, so I promise not to talk about Game of Thrones for very long, but remember when the fandom was more or less in a good place after the Battle of Winterfell in the season 8 episode "The Long Night"? Most everyone celebrated Arya's swooping in from the dark and slaying the Night King, effectively doing what Jon Snow only dreamt of doing for several seasons, as if it was nothing more than swatting a fly.

It was a "Fuck Yeah!" moment. There's no denying that. The now reviled showrunners David Benioff and D.B. Weiss gave a character we all love an awesome ending (because everything that happened after this moment with Arya was inconsequential). But while many cheered for this Deus Ex Machina of sorts, many others jeered, as they saw it as empty fan servicing on the part of the creators.

But that's the very issue we're here to address: is fan service really such a bad thing? Sure, there were ostensibly smarter ways of handling the Night King's ultimate demise, like bringing in some of the lore woven into the fabric of the narrative in previous seasons (the spirals, the creation of the Night King by the Children of the Forest, etc.), or maybe allowing Bran to do more than sit and warg for reasons (that ultimately won't be answered, not really), or even having Arya use her ability to change her face, disguise herself as a Wight, and get close to the Night King that way (you know, that whole Woman with No Face thing the character spent several seasons pursuing and mastering). But while the moment could have been smarter, its very existence didn't hurt the overall narrative of the show either. It was actually nice to have a moment of victory after all that tension, it was nice to have a spry young woman take care of business in a way her mopey, militarily-inept cousin-brother could not, and it was nice that she did it in a way that involved stealth and smarts, rather than simple brute force. As far as "Fuck Yeah!" moments go, I'd say overall it was executed fairly well.

...narratives need this blend of happy and unhappy because viewers (or readers) need them too.

Of course, everything went south after "The Long Night", but I won't get into the nitty-gritty of all that, simply because numerous other writers have already covered the shortcomings of the series's last three episodes—including a great piece from LitReactor's Amanda Bender.

I won't say much more about Game of Thrones, but I will say this: to all those people defending the "Mad Queen" arc with the single, smug statement, "You didn't really expect the series to have a happy ending, did you?"—no, we didn't; but we did expect the unhappy ending to be better executed than that. Because it is possible to have unhappy endings that are also narratively satisfying, and the ending we got with Game of Thrones felt more like empty fan service than Arya's big moment at the Battle of Winterfell. Dany's "descent" into "madness" had been foreshadowed, and thus it had to come to fruition if only to deliver on all that foreshadowing, and give those fans who predicted it the satisfaction of knowing they were right. It certainly didn't happen because it had been meticulously set up over the course of a season and a half and was the correct direction, narratively speaking.

And that's the crux of my argument in a nutshell: fan service is fine so long as it doesn't get in the way of the overall story. A great example—Rogue One: A Star Wars Story. The inclusion of New Hope characters (and off-putting CGI recreations) Tarkin and Princess Leia, as well as Darth Vader, was one hundred percent, pure and unadulterated fan service, but it worked because their presence didn't hinder the narrative in any way. Sure, they didn't exactly help it either—especially Leia and Vader—but they didn't get in the way or slow things down. So yeah! "Fuck Yeah!" even. Tarkin and (young) Leia and Vader, all back in a Star Wars movie! Awesome!

And talk about unhappy endings executed in a satisfactory fashion! The main cast didn't necessarily have to die, but when you consider the opposite outcome—that they all live to enjoy their victory—it feels a bit too much like what we've already seen before, namely in A New Hope. The film's ending as it stands feels like a more organic outcome for this particular story. It manages to subvert our expectation of the typical fantasy narrative without coming completely out of left field (you know, like Game of Thrones did; sorry). 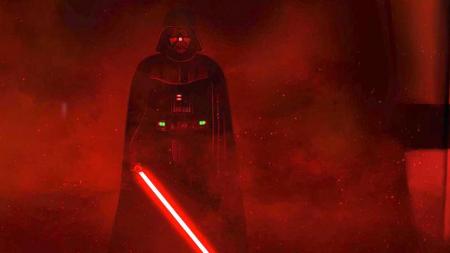 The same rules apply to non-genre narratives as well. Take for instance Fleabag, a show that recently wrapped up after only two seasons, not because it was cancelled prematurely, but rather because its creator, Phoebe Waller-Bridge, decided there wasn't any more story to tell. And she's correct. Season two brought the titular character's arc to a satisfying end, even if it's not necessarily the end we, as viewers, would have chosen for her. We wanted to see her and her priest lover ride off into the sunset together; it's clear the two loved each other immensely, and it would have been nice to see Fleabag finally have some happiness in a life filled with misery (albeit largely of the self-inflicted type).

But that's not reality, and that's not the ending Waller-Bridge set up. The Priest (he is never named, much like several of the characters on the show) has to choose between his love for Fleabag and his love of God; we may see the entire idea of celibacy as archaic, but from his worldview, it is all he's ever known, and serving the Lord gives him comfort and meaning in his life. Fleabag never really stood a chance, and to shoehorn in a happy ending for her would have felt cheap and contrary to the entire narrative (much like the happy endings tacked on by studios to Ridley Scott's Blade Runner and Orson Welles's The Magnificent Ambersons, to name only two).

Fleabag is a prime example of avoiding fan service for the betterment of the narrative overall, though the series was also not without a nice "Fuck Yeah!" moment, in that the main character's sister Claire finally told off her sleazy husband Martin and left him for her Swedish lover. This brings to mind Paul Thomas Anderson's Boogie Nights, in which the filmmaker decided to let two of his characters have a "ride off into the sunset" moment  because there was just so much suffering and unhappiness throughout the rest of the film, and the narrative needed some balance. Or how about the finale of Mad Men, where certain characters—Peggy and Pete, for instance—found happiness, while others—Betty and Sally—seemed doomed to misery. Or in Twin Peaks: The Return, where Norma and Ed finally and officially get together (happy), while Cooper and Laura couldn't escape their cycle of horror (unhappy). The list of examples goes on.

The point is, narratives need this blend of happy and unhappy because viewers (or readers) need them too, especially if the intended ending is an unhappy one. That's why it was ultimately a good move to have Arya swoop in and kill the Night King. It was a happy, "Fuck Yeah!" moment acting as a salve for the sting to come (it's just too bad the two DBs so royally cocked up their unhappy ending).

So no, it really isn't such a bad thing to give the audience what they want, as long as, again, said fan-servicing doesn't impede upon the narrative as a whole.

Why Do We Read Novelizations?

I like reading this a lot. I wanna discuss the hell out of it haha (It's got some good points and some that I think work on certain levels)

Writers have a responsibility to their fans, yes. And in this overly connected world I find it highly engaging to keep the readers in mind when sitting down to work on a new story, but they should always remain passengers, not navigators.

If a word-artist allows others to tell them where to take a story they lose creative control and it is no longer art, it's just a gimmick. To maintain a sense-of-self and truly throw their soul into the work, a writer has to follow their own muse. Fans can inspire and influence, but they are not the driving force. Finding that balance between appeasing them while keeping your voice fresh is the ultimate struggle of every art form.