The Great Game of Balancing Character and Plot 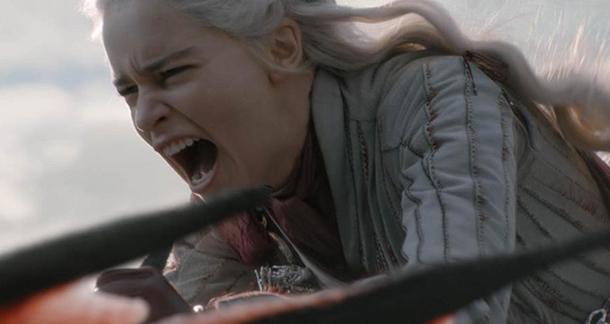 Over the past six weeks, Game of Thrones fans have endured some of the most stressful 80-minute episodes of television ever created. Visually, the season was stunning, the acting was stellar, and once again Ramin Djawadi proved he’s an international treasure we don’t deserve. But despite the visual effects, performances, epic score, and heart-pounding action, the overall consensus—based on the slew of articles, petitions, memes, and tweets—is disappointment. These last six episodes should’ve been the show’s finest hours, and yet they seem to have fallen short. Why? If writers take nothing else away from this final season, they should realize that audiences don’t want shock and awe they want human stories.

Among the numerous articles trying to analyze this lack of fanfare is one from Wired. It brings up a long-standing debate within the writing community about which method is better: plot out your whole storyline or fly by the seat of your pants and see where the wind takes you. The article doesn’t claim one method to be better than the other, instead concluding that the strengths and weaknesses of each method usually smooth themselves out during revision. But what the article does do is make a very astute observation that the storyline was started by a pantser, George R.R. Martin, and passed off to a pair of plotters, David Benioff and Dan Weiss, who had a “fixed endpoint” to reach by the end of Season 8. The article explains:

For the next couple seasons, showrunners David Benioff and D. B. Weiss tried to take over management of Martin's sprawling garden, simplifying and combining character arcs with mixed results. Then, with the start of season 7, they shifted their focus from telling the unfolding story of an entire world to concluding a particular tale set within it. They gave themselves a fixed endpoint—13 episodes to the finale, and no more.

In other words, the showrunners were put in a position to make a checklist of all the plot points they needed to hit to reach the endgame. And let’s be honest, a lot of action had to happen to get the characters there, which is probably why we spent more time in warzones and death-stare-standoffs this season than anywhere else. Dave and Dan dove in, plotted it out, and crafted scenes they knew would be epic in scope and that they hoped audiences would want to see.

"Game of Thrones" was defined by its shocking twists, but these were never twists driven by plot—they came from the characters and their relationships.

But in focusing so much on the plot, they lost sight of what ultimately set Game of Thrones apart from so many television series that came before: its characters. During one of HBO’s “The Cast Remembers”, Peter Dinklage said about playing Tyrion, “I like to portray real people and sometimes in the world of fantasy that gets lost. This was the opposite because of the relationships between these characters.”

And in this season those relationships did get lost. Instead of watching the last lords and ladies of Westeros grind it out on and off the battlefield—like they did back in earlier seasons—they became victims of plot or mechanisms for achieving it; their relationships, betrayals, decisions, and anxieties rendered to nothing more than spokes on Dave and Dan’s wheel of checkpoints.

One of the most blatant—and controversial—examples is Dany’s decision to torch King’s Landing. Was this outcome always on the table? Yes. Was it inevitable? Maybe? Probably—let’s be honest, the woman has been burning people and cities to the ground since the first season. But despite the darkness that brews inside her throughout the show she usually keeps a pretty level head. She’s an icon not because she melts castles or breaks chains, but because she has been one of the strongest leading ladies to ever grace the TV screen.

In order for audiences to feel the emotional weight of her decision—for that moment to feel real and terrifying and truly heartbreaking—they needed less action and more character. More human moments leading up to that decision. They needed a closeup of Dany riding Drogon while she was lighting up King’s Landing. They needed to see more scenes between Missandei and Dany complaining about how cold it is in the North and how they wish they were still on the other side of the Narrow Sea. They needed to hear what Dany whispered to Jorah. They needed to see Dany and Grey Worm prepare to commit unspeakable atrocities. 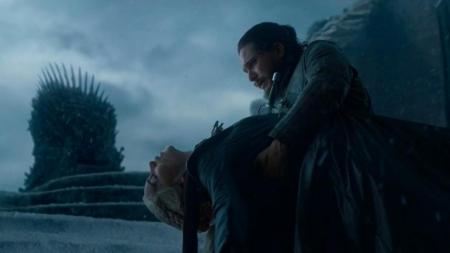 Due to these lack of human moments, Dany—like many other characters—became just another tool of plot and was given no logical motivation for her decisions, which is essential to character. Instead, she was forced to become what the plot needed: a villain more terrifying than Cersei Lannister and the Night King. Because all of seven hells know Jon Snow is a gold-standard archetypal hero, and so his moral code—his character’s biggest constraint—wouldn’t allow him to kill anyone short of monstrous. And so Dave and Dan had Dany do the one thing that would leave audiences saying, “Okay, we don’t like it, but she has to die because she’s evil.”

As writers, we strive to tell stories that will resonate with readers. We want to craft scenes and characters that will leave readers speechless. Game of Thrones was defined by its shocking twists, but these were never twists driven by plot—they came from the characters and their relationships.

Audiences want to be able to slip into a character's shoes and feel their emotional weight, their vulnerability—no matter how much it may hurt. Both Sam and Tyrion ask Jon point blank if he would’ve made the same decisions Dany had made, and when they ask, we shift to the edge of our seats. We need to know if this hero would have done the same thing because that would add a whole new layer to the definition of evil. And it would’ve added even more weight to that twist and what was about to go down in the throne room later in the episode. These nuggets of understanding gives us a piece of the story to take with us. They give us something to call upon as we head out to face our own reality and the people within it.

For writers, the major takeaway from this final season should be how crucial it is to maintain a healthy balance between character and plot—no matter how hard or long of a trek it is to that final scene. It’s quite a juggling act, to be sure. After all, characters and their plots reside in a vicious give-take relationship. And the final season of Game of Thrones proves just how quickly the balance can be tipped in one direction. For just as plot has the power to put characters in unimaginable situations, characters must always have the power to subvert the plot and push it in another direction.