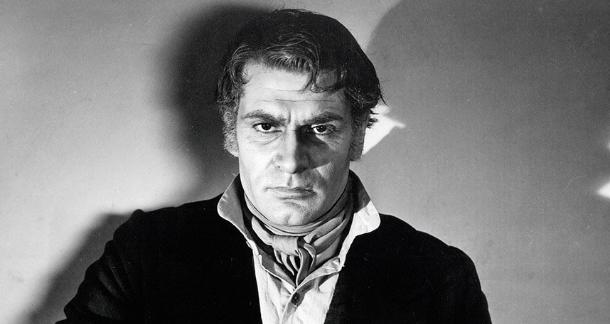 There’s no denying that Emily Brontë’s Wuthering Heights is a timeless classic, a story that transcends its mid-19th century setting and speaks to every subsequent generation. But there is a fundamental misunderstanding of what this novel actually says to its readers, as certain fans of the novel—the only work Brontë published—seem to think it is a tragic love story on par with Romeo And Juliet, another deeply misinterpreted work of literature.

Bronte wanted to explore a love that was toxic to the core, a love that doomed both Catherine and Heathcliff from the start...

In part, we have to thank the 1939 film adaption of Wuthering Heights, starring the handsome and riveting Laurence Olivier as Heathcliff, for discombobulating the populace’s understanding of Brontë’s text. Produced by MGM, it was touted as “The Greatest Love Story Of Our Time...Or Any Time!” The film depicted Heathcliff and Catherine as star-crossed lovers torn apart by societal expectations. In the most rudimentary sense, this is an accurate summation of the novel. But let’s be clear: Wuthering Heights isn’t romantic; it’s a multi-faceted, Gothic examination of gender inequality, classism, the madness generated from both, and the darkness forever lurking at the heart of humanity. Furthermore, the affair (for lack of a better word) between Heathcliff and Catherine Earnshaw (latterly Linton, and often just Cathy) should not be considered “relationship goals," and Heathcliff really shouldn’t be a lit-crush.

But don’t take my word for it. Let’s hear from Samantha Ellis, feminist critic and author, who calls herself a “recovering Heathcliff addict.” She first read Brontë’s novel at the age of twelve (around the time numerous young people pick up the book), and instantly became drawn to bad boys, from the rakish Rhett Buttler in Gone With The Wind to Spike, the “vampire with a heart of gold” in Buffy The Vampire Slayer. The idea of young girls (and boys as well) becoming attracted to aloof and brooding men is practically a cliché at this point, and honestly, who can blame them? There’s something sexy about danger, something alluring in the recklessness and even madness these men often display. As Ellis remarks about Brontë’s penultimate bad boy in her Telegraph essay “How Heathcliff Ruined My Love Life”:

He had it all: a dark past (found starving on the streets of Liverpool); a wild soul (even his name says how much he loves the moors); and of course, he was tall, dark and smouldering.

Heathcliff also loves big. His love is not mealy-mouthed, it’s never careful; it’s operatic, it’s lunatic, it’s vast. Wuthering Heights makes you hope that Heathcliff and Cathy’s love could survive if everyone else wasn’t so small-minded and pernickety. I wanted a love like that. I wanted a love so intense it could send me into a brain fever or make the man who loved me gnash his teeth and dash his head against a tree till he bled. Dig up my grave and be so blinded by love that he’d swear that, even after seven years in the ground, my face was still my face, uncorrupted.

If you’ve never read the novel and you’re wondering, yes, everything described above happens in Wuthering Heights, including Heathcliff digging up Catherine seven years after her early death just to see her face again and find “proof” of what he already "knew:" that she impossibly still lives (she in fact may or may not be a ghost wandering the moors). Macabre as it might seem, the idea that someone could love another soul this passionately is a bit of a turn-on. Especially when you consider the safe, “milquetoast” alternative that Catherine ultimately marries, Edgar Linton, whose primary character attribute is “cheerfulness.” Who wants to spend their time with a snooze fest like that when there’s the frenetic avidity of Heathcliff at the other end of the moors?

As it turns out, Catherine (and Ellis too, after a string of toxic relationships based on her Heathcliff attraction). Both the fictional and real woman realize there is something decidedly wrong with this man, something tenebrous, even sinister. Perhaps this innate darkness would have stayed inert had it not been for his horrendous upbringing, but his childhood followed by the “sleight” of losing Catherine to Edgar unlocked in him a most vile, stygian wickedness.

How, you may ask? Well, after declaring that he will leave the country, make a fortune, then return to wreak havoc on the Earnshaw and Linton families and take his revenge, Heathcliff does just that. Upon his return,  the young Isabella Linton becomes infatuated with him. Catherine warns Heathcliff not to pursue her, because she is too innocent for his dark and brutish nature. Heathcliff retorts that he would gladly commit battery against Isabella for the shear fun of making her and her brother Edgar suffer:

...’[Isabella] has been pining for your sake several weeks; and raving about you this morning...I like her too well, my dear Heathcliff, to let you absolutely seize and devour her up.’

‘And I like her too ill to attempt it,’ said he, ‘except in a very ghoulish fashion. You’d hear of odd things, if I lived alone with that mawkish, waxen face; the most ordinary would be painting on its white the colours of the rainbow, and turning the blue eyes, black, every day or two; they detestably resemble Linton’s.’

Heathcliff ends up wooing Isabella in an unordinary fashion: he strings up her dog by its neck so that it nearly asphyxiates (and had Nelly not rescued the animal, it may very well have) and then forcibly takes Isabella to town and marries her that very night. After the honeymoon, Heathcliff imprisons Isabella at Wuthering Heights, and while it isn’t clear if he ever makes good on his threat to physically beat her, he does abuse her verbally and emotionally. Moreover, despite the fact Isabella is now terrified of Heathcliff at this point, she becomes pregnant with his child. Brontë doesn’t spell out what happens in the “couple’s” bed chambers, but let’s not mince words here: even if Isabella technically consented to Heathcliff’s advances out of fear for her own safety, that’s still tantamount to rape—and that’s the tamest scenario I can imagine.

Thankfully, Isabella manages to escape Wuthering Heights and flees to London, where she gives birth to her son, whom she names Linton, in honor of the family she left behind. Unluckily, however, after Isabella dies, the sickly young lad is legally forced to live with his father. Heathcliff berates the boy and manipulates him into marrying Catherine and Edgar’s daughter, also named Cathy, just so that he can seize control of Thrushcross Grange, the Linton family’s home. Just how does he manage to do this, you might ask? He knows that by marrying his son, any claim Cathy has to the property goes to Linton, and in the case of Linton’s death, the asset would then go to Heathcliff (because women have no rights to anything). As such, Heathcliff ensures his own son meets an early demise by neglecting him in the chilly Heights and repeatedly refusing to let the country doctor examine the boy.

If you think, after all this, there is any redemption for Heathcliff in the novel, you are sadly mistaken. The man goes to his own deathbed fully unrepentant of his deeds. Before dying, he even managed to procure a burial plot next to Catherine, so that she is forever sandwiched between him and Edgar, just as in life. 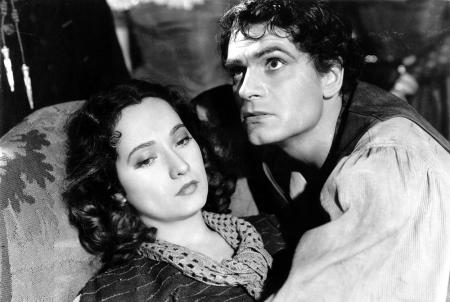 Pretty romantic, right? Obviously not, and yet for many, this is indeed one of “the greatest love stories” of their time, and maybe all time. How is that possible, given the bald monstrousness displayed by Heathcliff? According to Ellis, it wasn’t until she revisited Wuthering Heights as an adult that she realized just how truly awful Heathcliff was, and I imagine this is the experience of just about everyone who read the novel at an early age. It’s as though the pre-teen and teenage mind gets distracted by all the swooning, bad boy histrionics that anything not involving the love between Heathcliff and Catherine just gets swept under the rug. It also doesn’t help that the 1939 film and many subsequent adaptations omit the latter half of the novel entirely, and with it Heathcliff’s most damnable acts. So even if someone read the novel when they were young, seeing one of the numerous truncated movies based on Brontë’s book may work to reaffirm what the mind recalls of the book, and continue to omit what it prefers not to remember.

But if the novel is not a tragic love story—and it definitely isn’t—then what is it? What is Brontë saying here? Is it a nihilistic narrative, asserting that true love doesn’t actually exist? Maybe, though Cathy and her second husband Hareton (also a victim of Heathcliff’s abuse, by the way) seem fairly happy by the end of the proceedings. Is she saying that societal conventions kill true love, given that Catherine and Heathcliff’s relationship is somewhat taboo and frowned upon (mostly because Heathcliff is “low class,” not so much because he is her adopted brother). This reading is accurate for Catherine, who admits that she loves Heathcliff deeply but opts to marry Edgar only because of his better social status, but it diminishes Brontë’s psychological explorations of her characters, which suggest there might be something intrinsically wrong with Heathcliff. Yes, what happens to him makes him all the worse, but Brontë makes it clear Heathcliff’s monstrousness is a combination of nature and nurture, not exclusively one or the other.

It seems most likely, then, that Brontë wanted to explore a love that was toxic to the core, a love that doomed both Catherine and Heathcliff from the start, a love that could only end in destruction and death. Because, at the end of the day, that is exactly the novel Brontë gave us.

Bookshots: 'The Year of Reading Dangerously' by Andy Miller