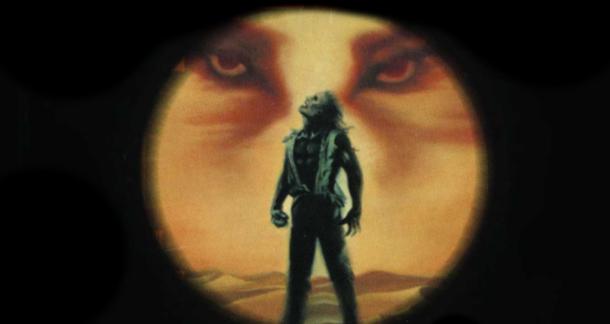 In October 2018, a viral Facebook post introduced the entire world to a new holiday created by a seven year-old in New Zealand, called Wolfenoot. As outlined by the boy's mother on the holiday's official website, the concept is simple enough:

It is when the Spirit of the Wolf brings and hides small gifts around the house for everyone. People who have, have had, or are kind to dogs get better gifts than anyone else.

You eat roast meat (because wolves eat meat) and cake decorated like a full moon.

Doesn't that sound lovely? Well, lovelier still, Wolfenoot is November 23rd, and this year, that just happens to fall on Black Friday, that stupid American holiday where people transform into ravenous, slavering predators hellbent on buying poorly made electronics and other goods at discount prices that are mostly not discounted at all; and if they should trample upon a few of their bargain-hunting brethren in the process, so be it.

If you're already a longstanding opponent of Black Friday, or you were in fact thinking about joining the pack this year, why not stay at home, eat tasty meats (or a meat-substitute of your choosing), eat moon-shaped cake, and receive gifts from the Spirit of the Wolf? And while you're at it, curl up by the fire with one of these novels, which, in the spirit of this unique and imaginative holiday, take lycanthropy and anthropomorphic doggos to wonderfully original and sometimes even bizarre territory. 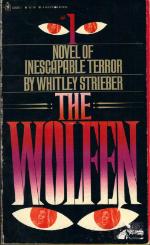 1. 'The Wolfen' by Whitley Strieber

The titular beasties of Strieber's debut novel aren't your average lycanthropes. In fact, they're not lycanthropes at all, but rather members of the canine family who have evolved human-like qualities over the millennia. So why did they tear apart two New York City police officers? That's what detectives Wilson and Neff must determine. As their investigation deepens, the gory deaths increase, and you find yourself understanding, even sympathizing (to a degree) with the wolfen's brutal attacks. If you've only ever seen the 1981 film adaption Wolfen, you're missing out: Strieber's narrative features all the extreme violence of the film plus a pointed commentary about humankind's gratuitous role as the world's foremost exterminator. 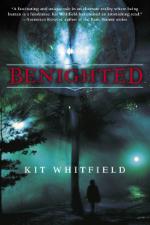 While many of the recognizable werewolf tropes are at play here, Whitfield's novel hinges on a single, wholly original conceit: what if nearly the entire world's population were full-moon-changing wolf-people, and those immune to lycanthropy were not only prey but second-class citizens who live tormented, unequal lives? Take this alternate reality backdrop and add a whodunit-inspired narrative about an all-human lawyer for DORLA (the Department for the Ongoing Regulation of Lycanthropic Activity) defending a werewolf for a murder he may not have committed, and you have a basic idea of what Benighted is all about (though, of course, it's really about prejudice). 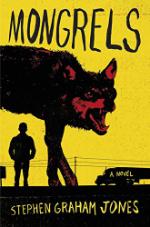 Graham Jones's novel, first and foremost, is a coming-of-age drama with the slice-of-life sensibilities of Italian neorealism; that the protagonist and his itinerant family are werewolves almost seems beside the point, and yet in many ways, it's the crux of the narrative. Much like George Romero's Martin and James Whale's Frankenstein films before it, Mongrels explores the very origins of monstrosity, suggesting it isn't the marginalized people who threaten society, but the pitchfork-carrying mobs that chase them. 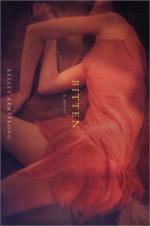 Inspired to subvert an X-Files episode depicting werewolves as "bloodthirsty, ravening beasts," as Claire E. White of the Internet Writing Journal puts it, Armstrong created Bitten, featuring some of the most well thought-out and complex lycanthrope characters literature has to offer. Her novel follows Elena Michaels, the only known female werewolf, who was turned without her knowledge by an ex-boyfriend. She's run away from her Pack, but finds herself called back into the fold to help take out a rogue killer werewolf. Entwined with the action are conversations about feminism, consent, and the violence of a male-dominated society. 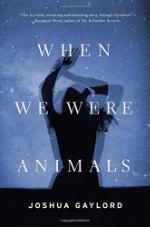 5. 'When We Were Animals' by Joshua Gaylord

This book features all the hallmarks of classic werewolf literature, except for the fact no character ever actually transmogrifies into a furry canine beast. Instead, we're immersed in the small town of Pale Miranda, where the teenage population participates in the "breach," a period of wild, naked abandon over the three days of the full moon, an extended rite of passage from which adults and children lock themselves away. Do the teens become monsters, or is it a bit more nuanced than that? Gaylord's novel is hand's down one of the most unforgettable pieces of fiction you will ever read; if you need further convincing, check out my LitReactor review of the book. 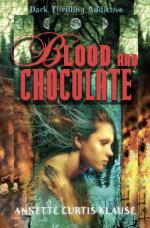 Klause's lycanthropes aren't cursed monsters, but rather a race of humans gifted with shapeshifting abilities by the Greek moon goddess Selene. The narrative centers on 16 year-old Vivian, one of the "loups-garoux," who, along with other members of her old pack, are on the run after a wild werewolf threatened to expose them. Eventually, Vivian finds herself involved in a love triangle of sorts, with Aiden, the human boy she pines for, and Gabriel, the older, soon-to-be alpha male of the newly formed pack. Yes, by and large, this is a paranormal YA romance, but if you're thinking it's nothing more than another Twilight, think again: Blood and Chocolate predates Stephanie Meyer's first sparkly vampire book by nearly a decade, and is far more psychologically and emotionally in-depth. 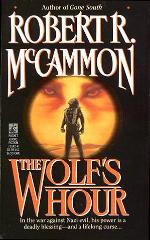 McCammon's novel follows a badass British spy who kicks Nazi butt during World War II. He's also a werewolf. This might sound like the literary equivalent of a greasy popcorn flick, but while there's action and thrills aplenty, The Wolf's Hour is really a meditation on the viciousness of humanity, even when it's necessary—like when fighting Nazis, for instance. Even though it's morally just to release the wolf sometimes, it doesn't mean it's any easier to deal with the aftermath once the wolf recedes. 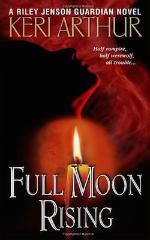 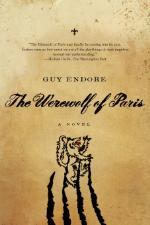 9. 'The Werewolf of Paris' by Guy Endore

In Danse Macabre, Stephen King suggests that werewolf fiction as a whole stems primarily from Robert Louis Stevenson's Strange Case of Dr. Jekyll and Mr. Hyde and its exploration of civilized man versus wild beast. This lineage is perhaps at its fullest display here, in which the protagonist strives to live a good life while struggling with his dark, vicious, animalistic tendencies. This novel also laid the groundwork for Universal's Werewolf of London and The Wolf Man, as well as Hammer's Curse of the Werewolf and numerous other lycanthrope titles, though its author rarely gets the recognition he deserves, possibly because The Werewolf of Paris is as chock full of quasi-socialist ideology as it is wolfish acts. 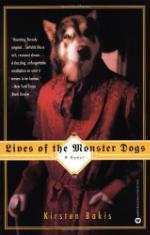 There aren't werewolves in this novel, in the sense that men and women turn into human-wolf hybrid creatures, either at will or based on the cycles of the moon. Rather, the "people" live in a constant state of human-dog hybridization, the result of experimentation conducted by a 19th century Prussian surgeon. These dog people come out of hiding 100 years after their creation and attempt to re-enter society, with results both strange and emotionally touching. Without utilizing the tried and true device of lycanthropy, Bakis nonetheless deftly handles the essential question of werewolf fiction: where does the human end, and the animal begin?

What say you, LitReactor folk? What are your favorite unique, original, or downright weird werewolf narratives? Let us know what you think in the comments section below.

Nice that you put The Wolfen at no. 1, but I'm disappointed by any wolf/werewolf/shape-shifter lists that don't mention Whitley Strieber's The Wild.  After a lifetime of reading, writing, and collecting books, it's my favorite work of literature, let alone favorite werewolf book.  Rather than fill this comment space with ramblings, you might check my own web-page devoted to The Wild:  http://www.fantasyworldproject.com/wild.html