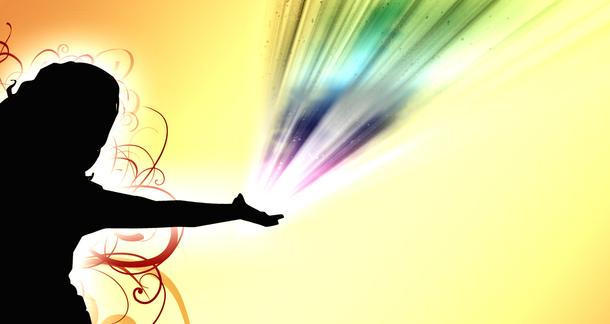 Today we're going to talk about the Mary Sue—the over-powered character found in the works of many novice writers. If you've realized that you accidentally wrote a Mary Sue, this article will help you fix your story and improve your character. But before we get into that, let's discuss the Mary Sue at a broader level.

What's the Deal with Mary Sue?

For those of you unfamiliar with this character type, here's a summary: The Mary Sue is a character who is inexplicably important and well-connected in the world, who has massive sway over the lives and thoughts of other characters, who is profoundly good at everything they do, and whose only flaws are the endearing ones. They overcome all of their struggles easily and are far superior to all of the allies and enemies that surround them.

When readers connect with your character, feel their losses, and worry about their ability to face the challenges before them, they will find your story far more compelling.

As is likely evident, the extreme powers of the character disrupt the story's believability, the lack of real flaws or challenges undermine the story's tension, and the character is almost impossible to relate to. Because of this, the Mary Sue is sometimes accidentally hilarious.

A Note on My Favorite Mary Sue

There's a great deal of debate over what qualifies as a Mary Sue, and it's also important to acknowledge that Mary Sues appear in a spectrum. A character like Bella Swan (from Twilight) is broadly accepted as a Mary Sue due to the way everyone around her inexplicably falls in love with and wants to protect her, but one could certainly argue that James Bond, Katniss Everdeen, Wesley Crusher, or Nancy Drew would appear somewhere on the Mary Sue spectrum. Yet many of these stories work in spite of the Mary Sue-ish protagonist. That's good news for you: By toning down your Mary Sue, and making a few shifts in the story, you should be able to salvage what you've written.

A specific overpowered character served as the inspiration for this article: Kvothe from The Kingkiller Chronicles. I just finished a re-read of the series, and two things are fairly clear. First, that Kvothe is definitely on the Mary Sue spectrum. And second, that the story works beautifully. There are many lessons to learn from how Patrick Rothfuss made this Mary Sue-ish character so relatable and his story so powerful, so you'll see me referencing Kvothe a few times during this article.

So, with that, we'll jump into the specific advice.

1. Tone Down the Extremes

Mary Sues are often markedly different from everyone around them. Whether it's exotic physical characteristics, peculiar names, or astounding talents, there is plenty of room to leave the extremes more muted. Does your Mary Sue really need those amber eyes? Do they serve the story, connect to a well-established in-world mythos, or are they just there to make the character look "cool"? Does their name mesh with the rest of the world's nomenclature? Are their talents justified and vital, or are they merely there to showcase how totally rad your character is?

Question all of the ways in which the character is substantially different than the average established in your world. Be willing to cut any characteristics that don't directly serve the story.

2. Make Them Earn Their Skills

If your character has a good reason for knowing something, they're more believable. If they've earned their competence, they become more compelling and likeable. Provide a damn good excuse for every skill your Mary Sue has, and you can get away with quite a lot.

Here, Kvothe gives an excellent example. While he may be very talented, he also earns his skills. It helps, of course, that the narrative of the story is a detailed look through his back-story—which gives us plenty of opportunity to get to know exactly how his skills were formed. But while he may have been prodigious in his ability to learn and recall information, he still went through a great deal of hardship to earn each of his many skills.

3. Give Comparable Power to Others

No character exists in a vacuum, and the sense that they're "overpowered" stems from the degree of power everyone around them has. We can tolerate an exceptional protagonist far better if we have an antagonist who is even more powerful, and having mentors and friends with comparable or superior power will help shift your protagonist from "absolutely unique" (which is boring) to "especially skilled" (which most readers are just fine with).

4. Give Them Major Flaws

This is another point where Patrick Rothfuss's approach to Kvothe provides an example. In Kvothe, we find a character with stunning fighting abilities, magical prowess, charisma, musical talents, and thieving skills. He is good at a great many things. He's also an arrogant, temperamental sunuvabich. He's smart but thoughtless, talented but impulsive, charismatic but abrasive. He wins enemies, makes bad choices, and gets himself into trouble over and over again. Many of these things even stem from his strengths: His genius makes him arrogant, his courage makes him brash, and he notes that the way words come easily to him means that they're often out of his mouth before he's had a chance to think them through.

5. Make It a Team Effort

The Mary Sue becomes aggravating partially because they're always the one moving the plot forward, solving the puzzle, or beating the bad guy. While they may have friends or teammates, the primary job of these allies is to stare in wonder at the great accomplishments of the Mary Sue. The solution here is simple: Let other members of Mary Sue's team contribute in meaningful ways. Let them beat the main character to the punch. Let some of the puzzle and plot solutions come from others on the team. That way, even if the Mary Sue remains overpowered, at least they won't be stage-hogging too.

And here, again, I feel obliged to give a nod to Kvothe. Even if it wasn't already clear how flawed a person he is, we are provided with a single, simple fact at the start of the story: Kvothe lost. He is not enjoying a victory march. He is being hunted. He is hiding. He is a broken man.

It is, in my opinion, far too rare that heroes are allowed to lose. Whether it's a major loss at the climax or merely setbacks that disrupt the hero's plans and resources, there's no better way to highlight the character's imperfections than to let them face defeat. Plus, there are few things quite so relatable as having to cope with failure.

Building a good character is an art, and not an easy one to master. However, by trying out the six tips above, you may well be able to change your Mary Sue into a relatable protagonist. Remember, when readers connect with your character, feel their losses, and worry about their ability to face the challenges before them, they will find your story far more compelling.

Crikey, I think all my characters are Mary Sues :(

I seem to have the opposite problem, my characters completely lack social influence and attraction in such a way that become more sympathy sues. So I just give them a quirk that makes them unpleasant.

I really enjoyed this. It is along the lines of the lessons I learned after reading Bird by Bird about making your characters suffer to make them more sympathetic. I would love to see one of these addressing the "new" Mary Sue, the Manic Pixie Dream Girl.

Joshua Chaplinsky from New York is reading a lot more during the quarantine August 31, 2015 - 5:25am

The Mary Sue is so common these days that you can't walk five steps without hitting one. I gave up on reading a lot of popular fiction and YA because I grew tired of this character type. Though, I have to argue that some people use this term when it doesn't apply. That isn't an accusation pointed at you, Robbie. I've just noticed the term being thrown around in online reviews and on the imdb message boards when it doesn't actually apply.

This is also something that makes me paranoid when I write. I have a character that two brothers are in love with, though she is far from perfect, and I gave up writing the story because I let the fear of Mary Sue silence me. This advice is helpful though because it helped me realize that I can prevent this from being the case.

As always, great article. Thanks for your words of wisdom!

This made me think of Avery Cates from the Electric Church series.