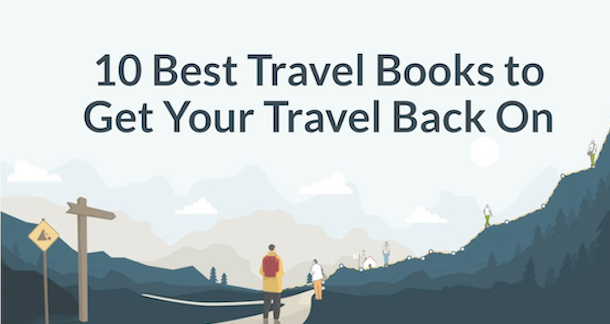 Whether you’re already planning hardcore post-pandemic journeys or you’re just keen to see the outdoors again, nothing beats the joy of vicariously exploring a new place — especially after a year in lockdown! A good travel book is the perfect remedy to take our isolated imaginations hundreds of miles away and inspire us to go further in our own ventures, both big and small.

This exciting list will show you the ten best travel books to read before you die and spark change in the way you travel, regardless of how many stamps you have in your passport. So if your inner wanderlust is in dire need of an escape, read on! 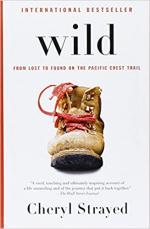 Opening our list is Cheryl Strayed’s now-famous travel memoir chronicling her recovery from the sudden death of her mother, a divorce, and a developing drug addiction. Strayed embarks upon a solo journey across 1,100 miles of the Pacific Crest Trail’s desert, forest, and mountains. Ill-prepared for the journey’s length (as many of us probably are now after a year stuck inside our homes), Strayed learns to cope day by day, step by step. Switching between memories and landscape descriptions, it’s a great book to read if you’ve been missing the wilderness this year. Wild even inspired award-winning actress Reese Witherspoon to work with Strayed to produce (and star) in a movie adaptation of the same name!

Get Wild at Bookshop or Amazon 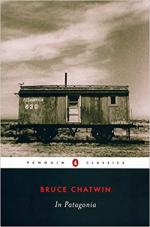 2. "In Patagonia" by Bruce Chatwin

Bruce Chatwin flew out to Patagonia (the southernmost tip of South America) in November 1974, leaving nothing but a telegram reading “have gone to Patagonia” for the newspaper where he worked. The six months that he spent exploring the vast grasslands, deserts, rainforests, and glacial fjords resulted in this book. He describes everything from sunsets framed by fiercely beautiful landscapes to short stories of the people who were swallowed by Patagonia’s siren-like winds. Chatwin’s alluring prose pays homage to the landscape while honoring the human part of traveling and the lives he encountered — perfect for those of us who have missed human connection in the past year.

Get In Patagonia at Bookshop or Amazon 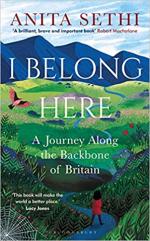 I Belong Here eternalizes Anita Sethi’s act of resistance against racism in the UK. Sethi was traveling by train through Northern England in 2019 when a man unleashed a torrent of racial abuse that left her traumatized. Sethi’s form of defiance comes in the form of exploring the Pennines – England’s topographical backbone. Reclaiming her history in the country where she belongs, defying the bigot who told her to leave, Sethi immerses herself in the natural landscapes between Liverpool and Newcastle. I Belong Here is truly a masterpiece in taking an ugly experience and transforming it into a manuscript of hope.

Get I Belong Here at Bookshop or Amazon 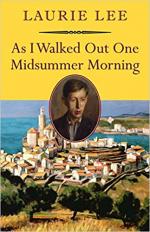 4. "As I Walked Out One Midsummer Morning" by Laurie Lee

Did you dream of Spain’s sunlit beaches and buzzing cities during 2020? As a stopgap measure until you get to visit in person, try reading As I Walked Out One Midsummer Morning. The original plan was that Laurie Lee would walk to London, leaving the security of the Cotswolds, and make his name as a violinist in the city (while also working on a building site.) However, his plans changed drastically when he spontaneously decided to explore Spain — with only one Spanish phrase under his belt. With the looming Spanish civil war on the horizon came a grittier side of the country that this book doesn’t shy away from, and the places, people, and events he witnessed (both good and bad) are preserved through Lee’s poetic and creative writing style. 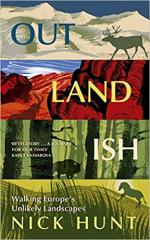 Outlandish does exactly what it says on the tin: it brings you with Nick Hunt around breathtaking European landscapes that look distinctly Tolkienesque. From Scotland’s icy tundra and reindeer to steppe grasslands in Hungary (that you’d definitely mistake for South America at a glance), Hunt describes all of Europe’s most beautiful scenes — while emphasizing what we will lose if climate breakdown remains unchecked. Hunt certainly lives up to his name as he tracks down the most thrilling travels in Europe to proudly display them.

Get Outlandish... at Bookshop or Amazon 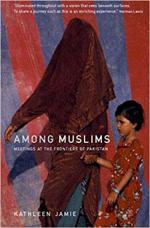 6. "Among Muslims: Meetings at the Frontiers of Pakistan" by Kathleen Jamie

Kathleen Jamie was a young Scottish poet in the 1990s when she chose to travel solo through the remote regions of Northern Pakistan. This book was important at the time for its insight into the homes and lives of Shia and Ismaili Muslims, where Jamie was welcomed throughout her trip — and its poet’s eye still remains an evocative depiction of the region. Jamie’s fluid descriptions of landscapes, villages, and towns, capture the area's volatile beauty, as well as the strength of the women that call it home. If you pick this one up, see if you can grab the most current edition of Among Muslims, which also includes an epilogue that journals Jamie’s experiences after returning to Pakistan ten years later.

Get Among Muslims at Amazon 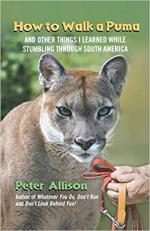 7. "How to Walk a Puma: And Other Things I Learned While Stumbling Through South America" by Peter Allison

How To Walk a Puma is the third of Peter Allison’s books recounting his international adventures. This book strikes just the right balance between Allison’s celebrated campfire-style humor and fresh insights into his very farthest travels. Entwined throughout are tributes to the natives in the most remote corners of South America, the way they live, and their legends surrounding animals. From running with rescued pumas in Bolivia to assimilating in extreme isolation (something we may feel closer to after the pandemic) with the Huaorani people of the Amazon, Allison’s quirky prose will make you feel like you’re right there with him.

Get How to Walk A Puma at Bookshop or Amazon 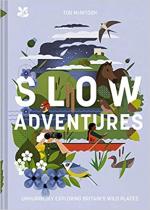 Not all of us want to live the high-octane lifestyle, run with the wolves, or wake up somewhere different each day, and that’s okay! Nature author and photographer Tor McIntosh encourages you to stop and think about the surrounding world, to really experience it, rather than to just pass through — something that we may all want to keep in mind when borders open up and we start traveling again. McIntosh will bring you willow weaving in Somerset, fossil hunting in Yorkshire, and so much more, beautifully describing each element of Britain at its finest. For those who want a slower pace or a calmer spirit, try joining McIntosh on this enjoyable and personal experience.

Get Slow Adventures at Amazon 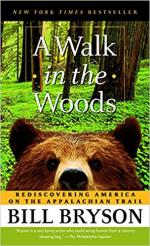 Bill Bryson’s expedition across the Appalachian Trail as told in A Walk in the Woods will reel you in with a contrast of witty social observations and didactic tales about geological phenomena (amongst other things.) Bryson’s hilarious commentary with his companion, Stephen Katz, as they try to traverse the perilous trail will put you at ease with its honesty — it’s definitely comforting knowing that even seasoned hikers make amusing blunders! This book is packed with intriguing facts alongside Bryson’s unique social perspective as a British ex-pat, looking from the outside in on America’s unique (and often flawed) relationship with nature.

Get A Walk in the Woods at Bookshop or Amazon 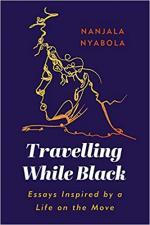 10. "Travelling While Black: Essays Inspired by a Life on the Move" by Nanjala Nyabola

Travelling While Black is a passionate and thoughtful book that recounts what it means to move through a world that systematically limits and excludes you — and how travel can unveil more about one’s sense of self and of home. Nanjala Nyabola explores the deep questions that keep many of us up at night through a series of essays with sharp, shocking, and witty prose. Especially when a large portion of the travel books are framed through a white (and often male) lens, the questions that Nyabola asks, and her perspective, are important to consider for any traveler.

Get Travelling While Black at Bookshop or Amazon

How about you? What books do you use to escape into the wilds while stuck at home?

The perfect holiday is a cruise - https://vodohod-cruises.com . This is my favorite kind of getaway. I know for a certain that I will be on the Volga River with my family within the next six months. I'll be traveling down the river on a riverboat. This will be my second visit to the Russian River, and I hope it will be even better than the first.

Emmanuel, thanks for sharing this awesome list of books. I love to read. And even more I love to travel. I hope that in the future everyone will be able to do it freely. I'm very happy, by the way, because I'm Cheap Business Class Flights Tickets to Vanuatu I've never been there before. Also, I have never flown business class, but this company made it possible. I'm just happy because they offered me a great discount. Being a client of this airline is very profitable.

There are so many books about travel, but my favorite travel book is the one called "I'm Here." It's a great book that motivates me to travel, relax, and enjoy even small trips to neighboring cities. This book is a definite motivator for me that every time I read it, I know I have to go somewhere and travel. That would be the case this time as well. After reading the book, I made the decision to visit the resort town of Branson. I just went to the OFFICIAL WESTGATE BRANSON RESORTS SITE and booked myself a weekend getaway to feel free.