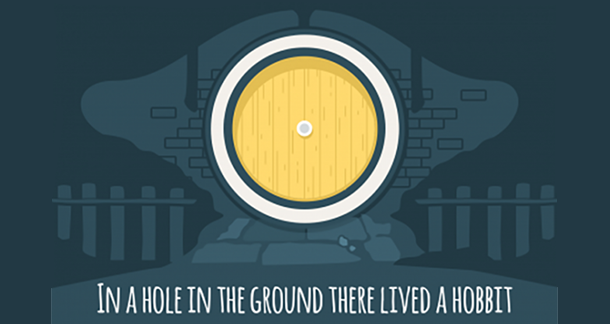 Published between July, 1954 and October, 1955, the Lord of the Rings series has since cemented itself as a timeless epic fantasy that has greatly influenced the genre. Having been adapted to radio, film, and soon television, there is no denying the enduring cultural pull of Tolkien’s magnum opus.

There are so many amazing moments in the series but, for the sake of brevity, here is a list of 10 of our favorite moments from the Lord of the Rings — organized chronologically, because ranking them would be next to impossible.

Besides the great fireworks display accidentally started by Merry and Pippin, there is one thing that makes this moment unforgettable: Bilbo’s speech, in which he takes the opportunity to roast the assembled Bagginses and Boffins, Tooks and Brandybucks, Grubbs, Chubs, Burrowses, Hornblowers, Bolgers, Bracegirdles, Goodbodies, Brockhouses, and Proudfoots.

Why is this moment so awesome? For the first time since The Hobbit, we see the Ring in action. Bilbo puts it on to vanish into thin air as a prank — which ends up setting Frodo’s story in motion, as he gets the Ring when Bilbo leaves.

He shut his eyes and struggled for a while; but resistance became unbearable, and at last he slowly drew out the chain, and slipped the Ring on the forefinger of his left hand.

Camped out on the hill of Weathertop, the hobbits find themselves ambushed by the Nazgul. Aragorn fends them off while Frodo, for the very first time, uses the Ring and sees the Ringwraiths in their full, horrific form.

Why is this moment so awesome? This thrilling passage establishes not only the peril the hobbits will face in the journey ahead, but also the dark, alluring power of the One Ring.

Up to this point, all we’ve learned is that the Ring is bad and that some dark lord wants it. Thankfully, our heroes arrive at the Council of Elrond, Lord of the Elves of Rivendell, who takes the opportunity to drop a whole lot of exposition.

Why is this moment so awesome? Elrond and Gandalf finally proceed to explain the entire history (and potentially dangerous future) of the Ring. And, from this council, one wizard, one dwarf, one elf, two men, and four hobbits form the titular Fellowship that will take the Ring to Mount Doom. 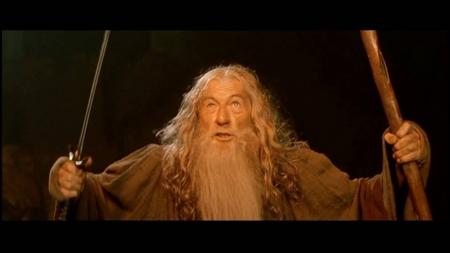 4. The Mines of Moria (Balin’s tomb and the Balrog)

Doom, doom went the drums in the deep.

Driven by bad weather (courtesy of Saruman) and Sauron’s impending forces, the fellowship are forced to take a path under the Misty Mountains. Cutting through the Mines of Moria, an ancient dwarven kingdom, the Fellowship is attacked by Orcs. They narrowly avoid death, only to encounter the fiery Balrog. While most of the Fellowship is able to escape, Gandalf and the Balrog both fall into the abyss, leaving the rest to fend for themselves.

During their time in Moria, the Fellowship realizes that Gollum is following them, aware of Frodo’s possession of the Ring. This is a small yet important fact because, as Gandalf said, “Even Gollum may have something yet to do.”

Why is this moment so awesome? The Fellowship fights as a single unit for the first time in Balin’s tomb, but their victory is short-lived, as Gandalf’s fall marks the beginning of their dissolution. This moment also introduces Gollum to the main storyline.

“I am an Ent, or that’s what they call me. Yes, Ent is the word. The Ent, I am, you might say, in your manner of speaking. Fangorn is my name according to some, Treebeard others make it. Treebeard will do.”

After being taken by Orcs, Merry and Pippin narrowly manage to escape being killed by going deep into the Fangorn Forest. There, they meet Treebeard, the oldest of the Ents left in Middle-earth, and strike a friendship that will change their fates and help turn the balance in their favor during the War of the Ring.

Why is this moment so awesome? Their encounters with the Ents are crucial to Merry and Pippin’s character development. Up to this point, they’ve been a mischievous pair of rascals, but starting here they show themselves to be crucial members of the Fellowship, helping run the Orcs out of the Shire. Also, they both end up drinking Ent-draughts (mysterious water flowing into the Forest) that transform them into the tallest hobbits Middle-earth has ever seen.

“Yes, I am white now," said Gandalf. "Indeed I am Saruman, one might almost say, Saruman as he should have been.”

Did you actually think that Gandalf died battling the Balrog in the Mines of Moria? While tracking Merry and Pippin into the Fangorn Forest, Aragorn, Legolas, and Gimli run into a mysterious white-clad figure. They recognize him to be none other than Gandalf, who has returned to help the Fellowship in their time of need.

Why is this moment so awesome? It’s Gandalf’s return. He came back stronger, with a name-change — no longer Gandalf the Grey, but Gandalf the White — and the ability to overcome Saruman’s magic. In short, Gandalf went and leveled-up.

“Dark have been my dreams of late," he said, "but I feel as one new awakened.”

There really isn’t any flashy magic in the Lord of the Rings. While greatly used throughout the story, it is not the bright lights and incantations variety of magic; it’s more subtle and subdued. But that doesn’t mean there aren’t kick-ass magical moments. One particularly great moment is when the newly white wizard frees Théoden, King of Rohan, from Saruman’s spell. After years of being controlled by Wormtongue, his poisonous advisor and one of Saruman’s allies, Gandalf’s magic breaks through the bonds and helps Théoden re-establish himself as the King and the protector of his people.

Why is this moment so awesome? We see Gandalf’s new-found magic spring to the forefront and break Théoden from the spell holding him captive. This moment also serves as a metaphor, showing that the war is not just physical, but also a battle over hearts and minds. Finally, it acts as the catalyst for an epic battle, which brings us to our next great moment in the series...

Arrows thick as the rain came whistling over the battlements, and fell clinking and glancing on the stones. Some found a mark. The assault on Helm’s Deep had begun, but no sound or challenge was heard within; no answering arrows came.

In this epic battle, Saruman’s Orcs mercilessly attack the fortress of Helm’s Deep, effectively breaking its walls and almost killing the remainder of the Fellowship. They are eventually driven back by the joined efforts of King Théoden’s small army, the Fellowship, and reinforcements brought by Gandalf.

Why is this moment so awesome? The Battle of Helm’s Deep is the first battle of the War of the Ring, and a taste of what is to come. It is the culmination of the Rohan story arc, where the bond between Gimli and Legolas is solidified — an unlikely alliance between Elves and Dwarves.

No onslaught more fierce was ever seen in the savage world of beasts, where some desperate small creature armed with little teeth, alone, will spring upon a tower of horn and hide that stands above its fallen mate.

If you have even a tiny bit of arachnophobia, this part of the books will stay with you forever. Led into Shelob’s cave by Gollum, Samwise, the least adventurous of the hobbits, reveals just how fierce and loyal he is when he rescues Frodo from the fangs of the giant spider.

Why is this moment so awesome? Sam’s loyalty to Frodo has been a constant since their journey began but in this scene, he proves just how far he’ll go to save his friend. This is also when Gollum’s true colors come to light: his treachery is revealed when he leads the hobbits into Shelob’s cave (and into almost certain death).

10. The destruction of the Ring in Mount Doom

After everything the two have gone through, Frodo and Sam finally make it Mount Doom. At the last moment, Frodo refuses to destroy the Ring — its all-consuming power proving too much for him. Thankfully, Gollum solves this problem by biting off Frodo’s finger, along with the ring, and falling into the depths along with “his precious.” A poetic fate: the one most obsessed and affected by the Ring’s power meets his end along with it.

Why is this moment so awesome? It is the conclusion of Sam and Frodo’s arduous journey and the War of the Ring. Saruman, Sauron, and the Ring have been destroyed; all that’s left is to eliminate the stragglers awaiting them in the Shire. Also, Gollum meets his long-awaited fate while also (unknowingly) saving the day.

And so concludes our 10 favorite moments from The Lord of The Rings. Now, over to you. What are your favorite Lord of the Rings moments? 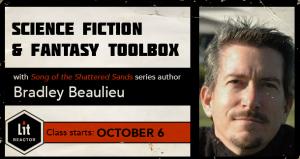