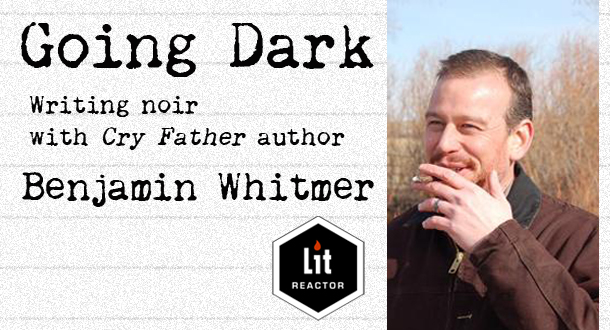 Learn how going to the edge of your comfort zone and getting a little dark can illuminate your writing in this four-week writing workshop.

There’s been a lot written about what a noir novel is and what it isn’t.

For some, it’s as simple as a crime novel from the point of view of the criminal. For others, it’s a question of vantage point; in other kinds of crime (and even literary) fiction, the protagonist works to remedy some calamity in society, while in noir, society itself is the calamity. Dennis Lehane once famously defined it as “working-class tragedy,” where instead of falling from great heights, the protagonists fall from the curb. Others locate the definition thematically, with noir being a genre characterized by cynicism, fatalism, and moral ambiguity.

Whatever your definition, reading and writing noir demands an intense, if uneasy, compassion. As Eddie Muller put it, “Noir does not call for ironic detachment. It calls for the ultimate commitment: a willingness to go to the darkest places and remain compassionate in the face of hopelessness.” No matter what your definition of noir, to do it right you have to be willing to go places where nobody’d want to go, and often with people nobody’d want to go with. And you can’t do it with winks or asides or tricks.

In this class you'll look at how noir can inform your own writing—no matter the genre. The goal is not to get you to write noir, per se, but to see how pushing things a little darker, getting to the edge of your comfort zones, can inform your work. You'll explore tone and theme, violence and action, motivation, and dialogue, all aimed at digging to the dark heart of your characters.

Your guide will be Benjamin Whitmer, the author of Pike, which was nominated for the 2013 Grand Prix de Littérature Policier, co-author (with Charlie Louvin) of Satan is Real, a New York Times’ Critics’ Choice book, and the recently released Cry Father.

“This is what noir is, what it can be when it stops playing nice–blunt force drama stripped down to the bone, then made to dance across the page."

Some of the best writers living are working in the noir genre, including Daniel Woodrell, Denis Johnson and Megan Abbott. Their attention to tone and mood drives stylistic choices that all writers can learn from. In this week you will discuss the noir genre, taking a look at the differences between it and other crime, as well as literary fiction. You will read examples from some of the best noir writers working, and discuss the ways they overlap with literary authors. You will read from Dennis Lehane and Flannery O’Conner, and then do some exercises aimed at discovering what you can take from noir for your own projects.

Character is action, and the best violence reveals character as surely as any other action. In this week you will talk about violence, what you can best use it for, and some of the most effective ways to write it. You will look at examples from some of the best writers of violence, like Cormac McCarthy, and do exercises aimed at causing as much pain to your readers as you cause to your characters. Through discussing violence, you will tease out some general rules about action and character.

In his Nobel speech, William Faulkner said that it is “the human heart in conflict with itself which alone can make good writing.” Creating the kind of complicated characters that go beyond the round, characters that live in conflict with themselves, is an art that can inform any project. In this week you will look at examples of heavily flawed characters, the kind that do the best with what little they have, and usually suffer for their own failings. You will read the likes of Tom Franklin and then do exercises aimed at creating these kinds of characters.

The word lalochezia is defined as “the emotional relief gained from using abusive or profane language.” In this week you will look at writing dialogue as an exquisite, and often profane, dance through a number of examples and exercises. The best dialogue reveals the desires of the characters. Desires that the characters are unaware of themselves. You will read from Denis Johnson and others and do exercises geared towards this goal.

* Each week will include writing assignments that will be critiqued by your instructor and your peers. There will also be opportunities to pose questions, get answers, and engage in discussions.

Benjamin Whitmer's first novel, Pike, was published in America in 2010 by PM Press, and in France in 2012 by Éditions Gallmeister. Satan is Real: The Ballad of the Louvin Brothers, a memoir co-written with country music legend Charlie Louvin, was...

"I signed up for Going Dark out of curiosity, but had no particular knowledge of the noir genre. One month later, thanks to Ben and my classmates, I emerged with drafts of four noir short stories and an enthusiasm for writing more. Ben is an engaging instructor and uses an effective mix of lecture, readings and off-the-wall assignments. Not only did I learn a lot, but it was a lot of fun." —KT Wagner

"I thoroughly enjoyed Ben Whitmer's Going Dark class. As a teacher, he's responsive and supportive, and the materials and assignments provided new ways of coming at your writing, whatever the genre. Perhaps most importantly, it pushed me to go deeper into dark places I wasn't comfortable writing before. I'd join any class he's offering." —Kris M

"The lectures kicked ass. The assignments were equal parts challenging and fun. The readings were amazing. Benjamin's feedback was always clear and useful. I'm walking away from this class with many new tools, resources, and ideas for writing hard-hitting noir fiction. I'll definitely be revisiting the Going Dark lectures and exercises on a regular basis!" —Andrew

“There is quite frankly no better way to spend your time than reading this book.” —Bookreporter

“Whitmer’s deft descriptions of biker bars, greasy spoons, and mean streets are as spot-on as his clear, clean appreciation of the high country.” —Kirkus Reviews

“Fans of Cormac McCarthy and the late Harry Crews will rejoice and devour the novel in a single sitting.” —Los Angeles Review of Books

“Whitmer’s prose is balanced beautifully between dark poetry and Leonardian terseness . . . Cry Father is the front-runner for best book of the year.” —Spinetingler Magazine

“This is what noir is, what it can be when it stops playing nice–blunt force drama stripped down to the bone, then made to dance across the page." —Stephen Graham Jones, author of Demon Theory and Ledfeather

“Folks, let’s hope Benjamin Whitmer never tries to be anything other than what he is, because Pike is proof positive that what he is is a kick-ass writer with a boatload of talent. More, please.” —Book Reviews by Elizabeth A. White

“Rarely do debut novels pack such a punch.” —Literary Kicks