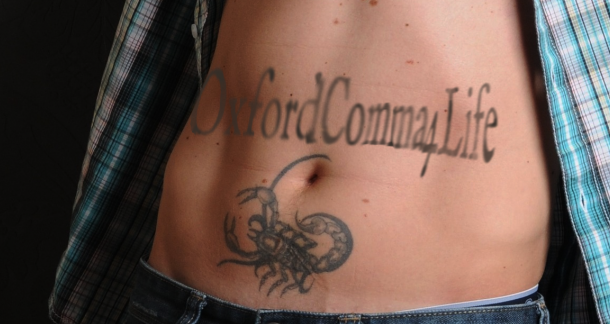 In case you don’t believe the headline, here are a few select comments from a LitReactor grammar article:

Please, find a new topic in which to meet your deadline and/or quota. You have begun to bore those of us with both sense and sensibility. You and I both know you are a poseur, unfit to preach to others. Mend your ways.

If you're going to get on a prescriptivist high horse and write an article about grammar mistakes, at least try looking up each claim before you make it.

Suggestion: look up "word" in the dictionary - and take a linguistics course!

What about impacted bowels?

I swear that last one is real and surprisingly relevant.

After I listened to the return episode of Unprintable: The LitReactor Podcast, and after I basked in the glow of being called “LitReactor’s greatest asset and top hunk” (or something like that, who can keep track of all the compliments tossed around) I listened to the hosts count down the Top 10 All-Time Most-Popular LitReactor Columns. A bunch of them were about grammar, and one, the top article, had hundreds of comments and resulted in the writer getting a flood of emails, many of which were...passionate and not cool.

Where’s all this passion coming from? I feel like everyone I knew slept through English class, and now they’re all lambasting people for prepositions at the end of sentences. Why do we take grammar so personally?

MAJOR nit here: most of your issues are semantic, not grammatical.

Okay, yes, we’re using “grammar” in a broad sense. Some of this is usage, semantics, whatever. I’m throwing it all in a pot together. If that bothers you, comment below with a rating of my stupidity. I just ask that you please use my patented 37-star scale. 1 star being Pretty Stupid, 15 stars being Even Stupider Than You Thought, 37 stars being so stupid that you change the rating back to 15 because if I’m that stupid, there’s no way I haven’t fallen into an open manhole or something and died by now, and who wants to speak of the dead that way?

Your first experiences speaking and being understood were intimate. The words, the way you said the words, the order you put the words in, all of that came from the people closest to you. It came from the stories they told you before bed time, the little phrases they used around the house, all this personal stuff. It’s literally burned into the sign your grandfather lovingly created in his woodshop and hung above his garage that said, “The Johnsons’,” complete with misplaced apostrophe.

When you go after someone’s grammar, it’s a little like a “Yo mama” slam. I don’t know that “Yo mama’s so stupid she doesn’t understand subject/verb agreement,” cuts all that deep, but it’s still kind of a nasty place to go.

When you’re young and you see Webster’s adopt a word or phrase you’ve used, maybe one that got you a red mark on an English paper, you feel validated. You feel like the culture is listening.

When you’re old and you see Webster’s adopt a new word that you think is stupid, you feel out of touch, and it’s a reminder that you’re no longer relevant.

Fighting for traditional grammar rules is about fighting to see your ideas and values as valid, and if we can get a little cosmic, it’s about fighting to be acknowledged as being a tiny, relevant blip in human existence. Even though we’ll all be dead, there’s a weird comfort in thinking that 100 years from now people will still speak in a way that you’d recognize. Changes in grammar take that comfort away. Changes in grammar remind us that we're all going to die, we're all going to die soon, and we'll all be forgotten almost immediately after we're dead.

People who are smart and don’t have two squirts of creativity among all their body fluids love to find objective ways to critique art. Objective methods are the most useless, boring ways to critique art, but these sorts of critiques appeal to other dorks who don’t know how to make anything of their own. Objective critiques are easy to understand. They make it easy to put a piece of art into a “good” or “bad” bucket.

Talking about the “bad grammar” in a story or a book is a way to try and morph an issue of subjective taste into an objective issue of knowledge. “I didn’t like this book because it is functionally incorrect.” Which is a way of saying, “I cannot enjoy this because I’m too smart.”

Nobody likes a high horse-er, and when you mount that grammar steed, everyone wants to knock you out of the saddle. 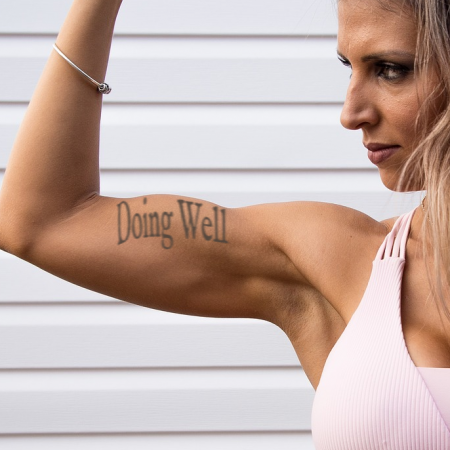 When someone feels their grammar is threatened, whether it’s by someone explaining a rule or someone making a new one, they feel like a piece of their culture is being judged as low or bad or inadequate.

Nobody Cares What You Think

Grammar isn't about you. Sorry. Nobody's even trying to find out what you think about it.

And frankly, this is a good thing.

If we came up with some realistic way to poll everyone—maybe everyone gets a ballot—it’d be a nightmare. It'd be like voting on that weird, obscure town charter shit that nobody understands. If everyone got a vote, it’d be two months before a hacker rigged the vote so the period was replaced with a tiny image of a cat’s butthole.

When grammar changes are made, it’s a pretty clear statement that you have no power and that your opinions and ideas do not matter. It’s not about you. It was never about you. It never will be about you. This is true of most things, but that doesn't mean anyone wants to be reminded.

How Can You Take It Less Personally?

Learn the basics. If you understand the machine, you know that when it breaks down, it’s nothing personal. Besides, learning the right way means you’ll have access to people and things that you might miss out on if you refuse to learn.

Put it in context. Grammatical errors are less dangerous than neglecting to use a turn signal. Correcting someone’s grammar is less helpful than donating a dollar to a charity. It’s not that important.

Get On Writing Well: The Classic Guide to Writing Nonfiction by William Zinsser at Bookshop or Amazon

Get Writing Tools (10th Anniversary Edition): 55 Essential Strategies for Every Writer by Roy Peter Clark at Bookshop or Amazon

You should definitely post your beefcake photos on all your columns.  Although telling everyone no one cares what they think is pretty sexy too.  I do agree with you about one thing, though, and that is no one wants you to correct their grammar.  Whenever I tell people I teach high school English, they first always say, "Don't correct my bad grammar!" as if that's all English teachers do all day.  Then later they tell  me they wish they had an English teacher like me when they were in school.  Because really, who cares about your grammar?  It's your ideas that matter, and your shredded specimen beefcake photos.  Also, I wouldn't put it past this cat-meme generation to change the period end mark officially to a tiny cat's butthole; they've already officially accepted they as a singular pronoun.

We value grammar personally because it shows our own personality and represents a person who always remembers his roots. wordle io games

Grammar shows us that we live in a civilized society, I think in any country. We all have to respect grammar. It shows your understanding of an issue or every issue. wordle online - wordle