Library Love: The Jedi Are The Best Library Patrons In The Universe 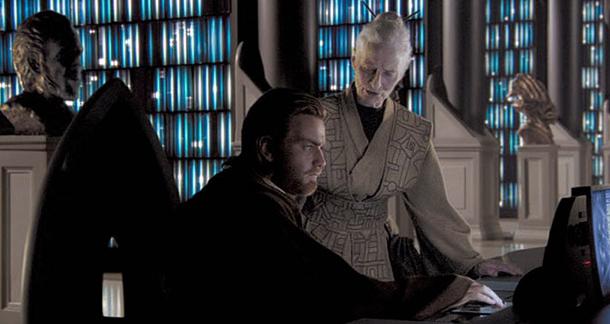 There is so much to love about the Jedi. They are the guardians of peace in the galaxy and defenders of civilization. They can use the Force to move stuff. Their weapon is the lightsaber, the coolest, most interesting weapon ever to be introduced to film. They wear awesome robes and kick-ass boots. They meditate.

And they use the library.

Now, in order to discuss this aspect of the Jedi, we must unfortunately dive into the prequels. I discovered that the absolute best way to watch them is by going to YouTube and finding JeremyMWest-Esquire's Anti-Cheese edits of Episodes I-III. He manages to eliminate most of the crap that made them suck: Jar Jar Binks, Neimoidian voices that sound like racist impersonations, references to immaculate conception, and discussions about Midichlorian, among other things.

That said, let's talk about what Lucas gets right (and wrong) about the Jedi Archives.

We get our first glimpse of the Jedi Archives in Episode II. The Archives are a part of the Jedi Temple, located on the galactic capitol of Coruscant. It is a Star Wars version of the Trinity College Library in Dublin.

A lot of virtual ink has been spent discussing this as if it's plagiarism. Let's call it an homage and move on.

Lucas clearly understood something essential about libraries: the notion of library as place. This is that unmistakable positive feeling one has when entering a library in which one feels comfortable and inspired. The first library to make you love libraries probably had a strong sense of library as place. And if you have ever been to the Long Room at Trinity College, you will understand why it was the ideal model - it feels amazing.

Start Your Search At The Library

Obi-Wan Kenobi goes to the Archives to follow up on a tip about an assassin reportedly from a planet called Kamino. While Obi-Wan may not have had the option of Googling, I still applaud his impulse to start his search at the library. There are many, many benefits of using libraries, but one that can not be understated is the process of vetting. Library staff vet information, choosing to purchase and provide access to materials that are unbiased and rigorously reviewed. If there is bias, an attempt is made to provide the opposing viewpoint. Libraries do not take sides, as providing access to all viewpoints is a primary tenant of librarianship.

When Obi-Wan is unable to locate Kamino in the Archives' planetary charts, he requests assistance from the Chief Librarian, Jocasta Nu. 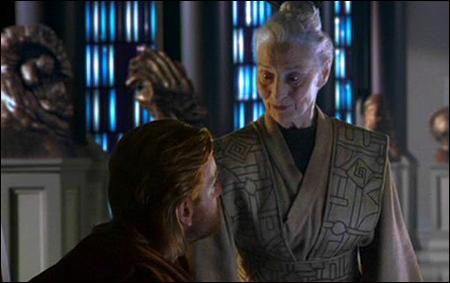 Good impulse, Obi-Wan. Often, librarians know search strategies or the intricacies of databases that average patrons do not. In this case, Jocasta has so much faith in the integrity of the Archives database, that when the planet in question does not show up, she concludes that it doesn't exist.

If You Reach A Dead End With One Source, Pursue Another

Thankfully, Obi-Wan is a seasoned researcher, and when he doesn't find the answer he needs in the Archives, he looks to his mentor Yoda for advice. The class of younglings he's teaching confirm that the planet must have been erased from the database, and off he goes to meet a bunch of willowy cloners.

I'm embarrassed for Jocasta Nu, but hey, we all make mistakes. Of greater interest is why Lucas chose to represent her in such a stereotypical fashion, given that she is a fellow Jedi knight. It's hard to become a Jedi! We get a better sense of Jocasta Nu in the Clone Wars series, in which she is briefly impersonated by a shapeshifter and later assists Ahsoka Tano in finding her stolen lightsaber. There is clearly more to her than meets the eye.

Sadly, Jocasta is killed off in the Lucas universe in (would you believe it?) the PS2 Revenge of the Sith game. She dies defending the Archives against the newly appointed Darth Vader and his stormtroopers as they try to access the Temple's signal beacon.

As one follows the arc of the Jedi lineage in Episodes I-III, you really get a sense of the importance of foundational structures and the consequences of chipping away at them. The Jedi Code, Temple, and Archives are all essential structures that are meant to assist and  promote enduring peace and balance in the galaxy. In all great civilizations, once these pillars are eroded, chaos is on its way. By including the Jedi Archives in his universe, Lucas affirmed the essential role of the library in a functional society. Thanks George!