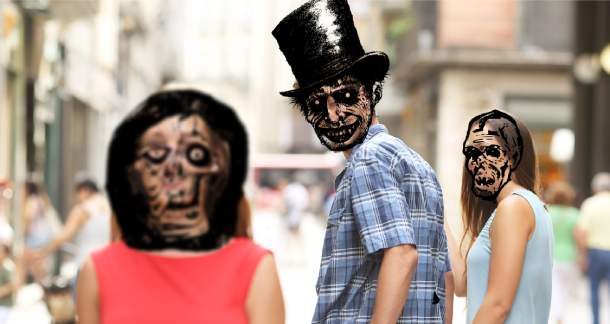 The idea of sitting down to replace iconic horror novels with newer, updated versions is, well, incredibly stupid.

And because “incredibly stupid” is essentially my Bat Signal, here I am.

And because “ill-advised listicles” is your catnip, here you are.

Here we are, together, for this.

If there’s one idea that can unite us all, let it be that I, Pete, am wrong and have terrible taste. 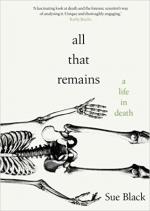 The whole “science is bad, we shouldn’t play god” idea is a little overdone in horror. How many stories of scientists “mad with power” and messing in shit they shouldn’t do we need? And how much am I supposed to hate science when I’m reading about it on an electronic tablet that pulls books out of the goddamn air? Pretty convenient, if you ask me. Thanks, science!

If Mary Shelley had written something about the pluses of science, would I be able to get some freakin’ stem cells injected into me already? Papa’s got creaky joints.

I think it’s time to abandon Mary Shelley’s fearful vision of medical science as she imagined it might be 200 years later in favor of a book that gives us science as it is.

Which is why we're replacing Frankenstein with All That Remains: A Life in Death by Sue Black.

Sue Black uses somewhat macabre science, described in a detailed way, to figure out what happened during mass death events, murders, accidents, and so on, and she uses science to uncover things about humanity, in general. Which is the biggie here and why it’s a great Frankenstein substitute.

Get All That Remains: A Life in Death at Bookshop or Amazon 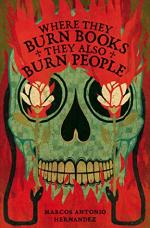 Replace "Dracula" by Bram Stoker with "Where They Burn Books, They Also Burn People" by Marco Antonio Hernandez

Did you know the original ending of Dracula was WAY more Castlevania, with Dracula’s castle exploding and shit?

Because he decided to forgo that ending, Bram Stoker is on my “Call me when you grow some balls” list.

The most charming thing about Dracula is that it’s written in letters and documents as opposed to being a straight-up narrative.

Which is why I’m replacing it with Where They Burn Books, They Also Burn People by Marcos Antonio Hernandez.

Two parallel fictions, one taking place in the past, one in the present, intertwine and combine to show us different sides of the same story, which is also horrifying and has one of those great slow-burn descents into terror. You know how they say a book can be like a mirror, you hold it up and see a reflection? This one's structure makes it a house of mirrors, different angles all visible at the same time.

Get Where They Burn Books, They Also Burn People at Bookshop or Amazon 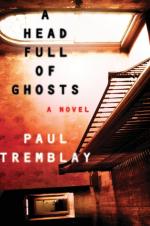 I'm so jealous of how easy it was for old-timey writers. In 1898, you could just write a book that probably had a ghost in it, and people were shitting themselves.

I’m going to suggest we need a tad more these days. I don’t want this to turn into a Crumbling of Society thing, just, you know, maybe it’s okay to have more scares in your books than, "I'm 90% sure I saw a ghost one time."

A Head Full of Ghosts is an update on the classic ghost story. WAY more with the times. And it has something to say about reality TV, stardom, all that shit. It’s genuinely creepy, and you’ll get through it without the incentive of needing to in order to pass a class.

Get A Head Full Of Ghosts at Bookshop or Amazon 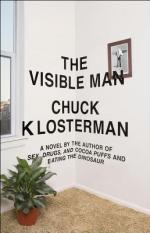 Credit where it’s due, H.G. Wells came up with a great idea. What if someone could be invisible? It was fucking 1897. I’m betting calling the book “The Invisible Man” wasn’t even a spoiler.

But at this point, c'mon, invisible men don't really light up the imagination anymore.

The Visible Man is a modern tale told from the perspective of a therapist. Her client, Y-, claims he’s invented technology that renders him invisible. He uses it to observe average people doing average things, mostly while they're at home, alone.

The Visible Man is creepier, colder. And it doesn’t make you wait for “the big reveal” that a dude is invisible, which you would know if you read all three words in the original book’s title and/or have any sort of plugin to any sort of pop culture.

Get The Visible Man at Bookshop or Amazon 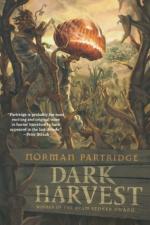 Anyone who says they know what the fuck is going on in The Halloween Tree is a liar.

Ray Bradbury can write a story that makes sense, and some of his short stories are super awesome. But this is NOT one of his greatest hits, and I’m totally convinced it’s popular just because it’s Halloween-themed. Sort of like how "Monster Mash" is on every Halloween playlist. Even though that song sucks Frankenstein bolts.

I bring you Dark Harvest: it takes place during Halloween, it’s much simpler, it’s short, and it might be a tad intense for the younger, more sensitive readers, but for all I know The Halloween Tree is gory as hell. It's impossible to say because I don't know if I'm reading a story about time-traveling kids fed into a meat grinder or, basically, a slightly-scarier Great Pumpkin.

Get Dark Harvest at Bookshop or Amazon 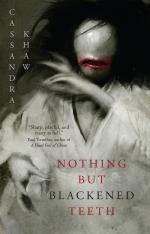 Why does every haunted house have to be a Victorian manor? Didn’t anyone who lived in a condo turn into a ghost? Hasn’t there, just once, been a real estate showing that was like, “This is where Steve from the AT&T store lived…he died when a panicked rush of fools trampled him to get a new iphone that has more megapixels or something…”?

Finally, Nothing But Blackened Teeth gives us a haunted house story in NOT a Victorian manor, Christ almighty.

Get Nothing But Blackened Teeth at Bookshop or Amazon 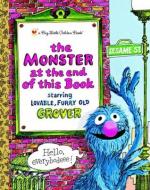 The Monster: More compelling, crisper writing, delivers a genuine twist, won’t create a pointless discussion over what it really means. 10/10.

The Yellow Wallpaper can take a walk. 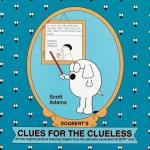 Replace The Works of H.P. Lovecraft with Dilbert by Scott Adams

Ugh, I'm tired of the problematic legacy of Lovecraft. I get it. Can't we move on and talk about someone and something else? I mean, Re-Animator is awesome, the guy is definitely anti-semitic. What else is there to say?

Plus, cosmic horror is out, and the horror of office drudgery in IN. You can buy a stuffed Cthulhu on Amazon. Ain’t nobody buying a stuffed standing desk.

I like the idea of a newspaper cartoonist being a problematic genius. That's much funnier.

Get Dogbert's Clues For The Clueless by Scott Adams at Amazon 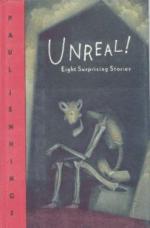 Replace "Scary Stories to Tell in the Dark" by Alvin Schwartz with "Unreal!" by Paul Jennings

After reading Unreal!, which contains a favorite of mine, "The Skeleton On The Dunny," I learned that skeletons take shits. Argue the science of it all you like, skeletons shouldn’t even be able to walk, okay? There's no scientific reason they can walk and can't take shits.

Alright, the drawings in Unreal! aren’t as good. Nothing is. Stephen Gammell is god.

But the stories in this book are better. Everyone remembers the drawings in Scary Stories, but the writing is, well, less awesome.

And it can't be overstated: very few farts.

Get Unreal! at Amazon 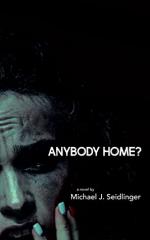 Replace "The Raven" by Edgar Allen Poe with "Anybody Home?' by Michael J. Seidlinger

A bird flew into your house. Whoa. Holy shit. Call the Ghostbusters.

I know it’s a raven and they’re supposed to be smart and everything, but c’mon, a broom, and some fortitude solves this problem pretty fast.

How has Poe ridden on this story so long? Everyone with a chimney or a wood-burning stove has experienced this.

How about some humans come into your house? Some real bastards? NOW we’re talking. So much scarier.

It’s atmospheric. It’s modern. It’s actually scary. Too much "life of the mind" with that raven. Let's cut that mind open.

Get Anybody Home? by Michael J. Seidlinger at Bookshop or Amazon 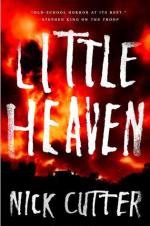 Replace "IT" with "Little Heaven" by Nick Cutter

Get Little Heaven at Bookshop or Amazon 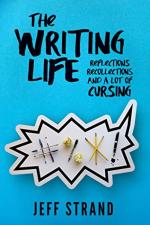 Replace "On Writing" with "The Writing Life" by Jeff Strand

I don’t recall any tales of a kid getting kicked in the balls by a llama in On Writing. Or maybe it was an alpaca. Whatever, kid getting rocked in the nuts, and this relates to being a writer.

Get The Writing Life at Bookshop or Amazon 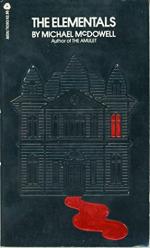 Replace "The Shining" with "The Elementals" by Michael McDowell

Read The Elementals right after reading a David Sedaris book where he talks about his beach house. Thank me later.

Get The Elementals at Bookshop or Amazon 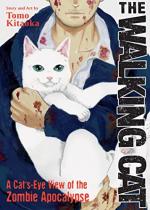 Replace "Pet Sematary" with "The Walking Cat" by Tomo Kitaoka

Because the cat doesn’t get hit by a truck. Plus, many hilarious pictures of the cat’s lil’ balls.

Get The Walking Cat at Bookshop or Amazon 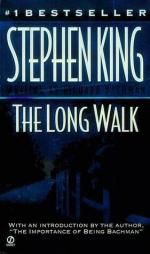 Replace "The Long Walk" with nothing

Because this is the one unassailable horror classic that needs to live on forever, and any horror canon that doesn't include this is instantly invalidated.

Get The Long Walk by Stephen King at Bookshop or Amazon

Now, aren't you glad you stuck with me? Now that you've got this FAR more interesting Halloween reading list? Impress your friends, horrify your teachers, and please, I beg of you, have some fun with your scary reads this year. We've got all year to read boring nonsense that's old as hell. Let's take just this one time and do something fun.