Happy Birthday To The Evil Genius Behind 'Sweet Valley High' 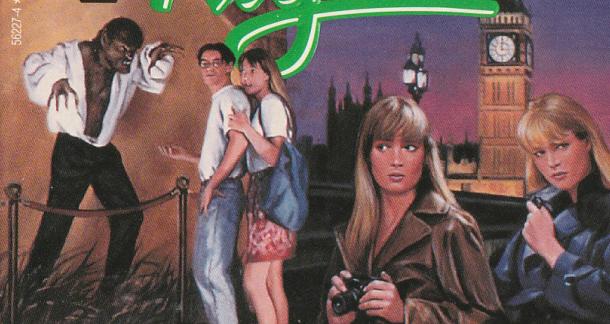 Francine Pascal turned 80 years old on May 13th, and in her honor we’d like to celebrate her wickedest creation (a legacy carried on by the fleet of ghostwriters working under her): the twisty, gossipy, teen-poppy confection of Sweet Valley High.

For those of you who have never read a Sweet Valley High book, here’s the skeleton of the story: Elizabeth and Jessica Wakefield are beautiful, blonde, sixteen-year-old twins growing up in the idyllic Southern California town of Sweet Valley. The 181 books published under the series banner follow the triumphs and trials of the Wakefield twins and their friends at the lily-white high school of the title.

But, people. PEOPLE. Sweet Valley High is actually so much more. While the first few books start off harmlessly enough, Pascal and Co. quickly tire of the pleasant tedium of this white-collar Los Angeles suburb. And, honestly, who can blame the writers for getting bored – just about every book in the series opens with a nearly identical description of the girls’ perfect size-six shape, sun-streaked blonde hair and aquamarine eyes, the red Fiat Spider they drive and the golden lavaliere necklaces their parents gave them on their 16th birthday. I just wrote all of that from memory – that’s how many times I’ve read those exact words during my tenure as an SVH die-hard.

Thank you for the Wakefield twins...Thank you for saving me from a potentially life-ruining cocaine habit. But mostly, thank you for giving me my very first werewolf book...

So what’s the draw here? Why is there now an entire generation of women who grew up on Sweet Valley High, these flimsy paperbacks with monotonous descriptions and characters who never learn or grow? (Especially Jessica Wakefield. She’s the fun twin, by which I mean the utterly psychotic and terrifying twin who does not know the difference between right and wrong. Elizabeth is the boring twin, by which I mean the boring twin.)

Honestly, I don’t think I would have kept reading SVH if every book were about Elizabeth’s wholesome love for milquetoast jock Todd Wilkins or Jessica’s desire to show up the wealthy and gorgeous Lila Fowler. Although the abrupt left turn this series takes into supernatural and criminal territory feels sort of unplanned, this steady diet of bananas is actually what sets the series apart from less memorable YA fare of the time. I mean, I loved The Baby-Sitters’ Club, but it was seriously lacking in werewolves (yes, even in the Super Mystery specials).

There was just always something heightened about SVH. It starts out as aspirational – who wouldn’t want to be described as a perfect size six with sun-streaked blonde hair and aquamarine eyes? Who wouldn’t want to drive a Fiat Spider and command the attention of every boy in school? But right when the “how the other half lives” novelty wears off, Sweet Valley High turns into something else, something extra.

And it doesn’t even take that long – by book seven, Dear Sister, Elizabeth’s waking up from a coma thinking she’s Jessica. By book ten, Wrong Kind of Girl, Jessica’s bullying a classmate to near-suicide and never even feels bad about it! By book 13, Kidnapped!, well, you can probably guess what that one’s about.

And then there’s Regina Morrow. An informal poll I’ve conducted among my friends concludes that this character, and her tragic death, affected many of us in our pre-teen years. Regina’s deaf, but a special treatment in Switzerland restores her hearing. She falls in love with rich bad boy Bruce Patman, and he amends his rebellious ways to earn her heart. But twenty books or so later, in #40, On the Edge, Bruce has grown weary of the kind-hearted Regina thanks to wanton schemer Amy Sutton, and he breaks up with Regina. Regina’s heartbroken and gets in with a bad crowd; she does cocaine ONCE and dies instantly thanks to a previously undetected heart condition. It’s very upsetting! It’s sad because Regina’s one of the only good people in Sweet Valley (you read enough of these books and even boring ol’ Elizabeth Wakefield turns into a monster), but mostly it just convinced hundreds of tween girls that cocaine will kill you the very first time you touch your nose to it. On the Edge is more effective than a million PSAs or after-school specials in that way.

So thank you, Francine Pascal. Thank you for 181 books over the course of seventeen years. Thank you for the Wakefield twins, as respectively dull and/or pathologically insane as they may be. Thank you for saving me from a potentially life-ruining cocaine habit. But mostly, thank you for giving me my very first werewolf book, a pathway to a lifelong obsession with horror that started in the posh, sunny town of Sweet Valley.

Not just the Regina Morrow story... I got forever wary of drunk driving, remember when lovely Jessica ended up killing that boyfriend of hera? What a wild ride! Gosh,I loveeeed SVH...