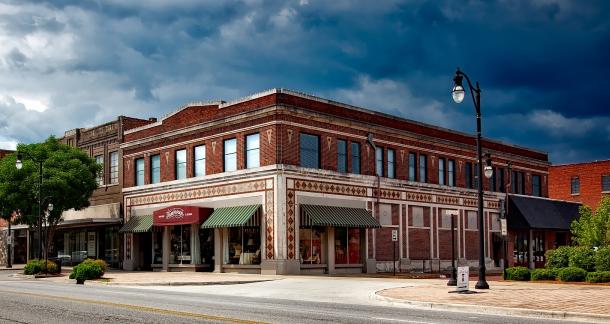 You want to write? Are you moving to New York? L.A.? Headed to an MFA program somewhere?

You’re staying in the town where you grew up?

Right off the bat, yes, you can stay in your hometown and write.

Going to The Big City doesn’t “make” you a good writer. A couple of the best MFA programs in the country are in Iowa and Wyoming—hick states. AND these programs are fully-funded, meaning you won’t go totally broke.

You can write in a shed in Peck, Idaho just fine.

Publishing is where it get tricky.

When you live in The Big City, you meet people. People who publish anthologies and journals. People who can hook you up with other people. You meet a couple people, they get you hooked up with a couple people, and boom, you’ve got some publishing outlets. That’s the route to publication you’re not going to find in rural New Mexico. 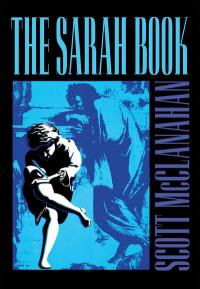 Before we get too down, let’s look at some people who made it work. There are definitely some writing heroes from the smaller parts of The States.

Scott Mclanahan lives in Beckley, West Virgina. No, I’ve never heard of it either. And it’s bigger than the place he grew up, Rainelle, population around about 1,500. If he can live there and write like he does, there’s hope.

Larry Brown lived in Oxford, Mississippi, which has a university and still boasts a population of less than 25,000. We’d all be lucky to write like he did.

Michael Perry—he’s not only from somewhere small, he’s made a writing career of it.

The Tyranny of Travel

Townies aren’t known for being well-traveled. Or at least that’s how people see them. Because when you’re a townie, you’re kind of travel doesn’t mean anything.

People who want to tell you that townies can’t write will tell you that you have to travel in order to be a “real” person. If you don’t hop on a plane and see Taiwan, you don’t really know what humanity is about.

This is also bullshit.

Travel is one way to learn about the world. One of many.

When people tell you that you have to travel, keep a few things in mind:

They have money. There’s no two ways about it. If you can be in a place other than home for two weeks, you have money. And we know you don’t need money to write.

The second thing, when someone tells you about travel, they’re telling you how THEY did it. A lot of times, when people are asked, “How should I learn about the world?” the answer they get starts with an implied “Here’s how I did it…” and it’s missing a, “But that’s just what worked for me.”

Seeing the world is great. And it’s not the only way.

A good group is always a help. A group that gives honest feedback and gets together and gets things done will help you.

This isn’t so much a writing group as a collection of lost souls.

Most writing groups are bad.

If you live in a small town, give up on finding a group. Even if there is a writing group, it’ll be a bad one. It’ll consist of someone who’s writing a tortured fantasy epic and doesn’t really want feedback, someone who is writing a memoir for the grandkids, and someone who has a lot of ideas and no mileage on their pen. This isn’t so much a writing group as a collection of lost souls, like that room in Beetlejuice for ghosts who’ve been exorcised.

Odds are, no matter where you live, if you end up in a group, it’ll be a bad one. You’re better off accepting that solo, townie, outsider status for the blessing it is.

I had this buddy from middle school. A fellow townie, he wanted to change his name from “Alex” to “Lex” in college. That’s the kind of shit you can get away with when you move. When you go to a bar and see three people you knew from middle school, they’re going to call you “Alex” forever. Not as a slam, because that’s how they know you.

When you’re a townie, you’ll never escape who your parents were, good or bad. If you work a public-facing job in a small town, you’ll see people you know all the time.

When you leave town, or if you live somewhere big enough, you can reinvent yourself simply by deciding to do it. When you’re a townie, it’s not such an easy trick.

I’m not going to say people who leave home are running away from their problems. But starting fresh just by deciding isn’t a tool that townies have in their toolbox. They have to develop different tools.

Townies, when you write, reach into your toolbox. What’s inescapable about your life? How do you manage it when someone asks how your dad, the absentee jailbird you haven’t heard from in 20 years, is doing? What’s the difference when you go to a party and you can tell who all is there just from the cars out front?

Townies Get Shit From Both Sides 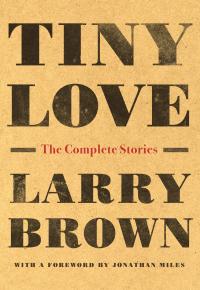 Chuck Palahniuk touched on this in his essay, so I won’t overdo it.

If you come from a small town, you grow up with people who work construction. They build cabinets. They process cattle. They run a ranch. They do real work.

When you’re at home, you’re not a real worker because of your artistic inclinations.

When you leave, you’re not a real artist because townies aren’t real artists. Shoot, if they really cared about art, they’d go somewhere it’s appreciated.

You’re kinda fucked wherever you go.

Townies values make it tough to go after a writing life. Our parents taught us that there’s always someone better out there. And, if you grew up in a small town, you know it’s true. You might be King Shit on your football field, but drive to a big city a few hours away, and when you’re tasting turf the whole bus ride home, it’s hard to forget the lesson: there’s always someone bigger and better out there ready to chew you up like you’re nothing.

It keeps you humble. Keeps you from stepping into some of the traps that others step into when they start thinking they know everything, that they’re the best there ever was.

And it’s hard to sell yourself with the kind of boasting that’s necessary in the writing world.

There’s nothing wrong with bragging when you write a damn fine book. That kind of confidence puts your book in people’s hands, which is where it belongs. But you’ll have a harder time of it, guaranteed.

Townies Can, But Should They?

The real message here is: Townies need to write.

Y’all, we have plenty of stories of coming-of-age in NYC. We have plenty of media that talks about working and living as a writer in L.A. We have enough stories about the person who pulls a Sweet Home Alabama and goes back to their roots.

We need your stories, townies. So get to work.

Buy The Sarah Book from Bookshop or Amazon

Buy Tiny Love: The Complete Stories from Bookshop or Amazon

Buy Population 485 from Bookshop or Amazon