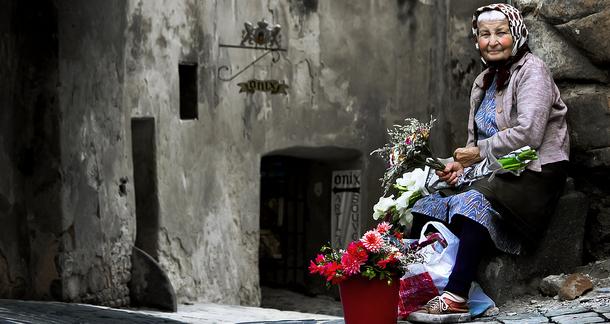 Every living person on the planet has experienced something of childhood, but the same can’t be said for old age. It’s an acquired condition, and a privilege (or a curse) that only those who have passed through many seasons of victories and hardships can claim.

One of the first columns I wrote for LitReactor was about developing believable adolescent or child characters. While reading Bernadine Evaristo’s Mr. Loverman for a Bookshot, I realized how undervalued older narrators can be. Aged characters might not always make for the most glamorous leads, but they’re textured and complex, as was Evaristo’s 74-year-old protagonist, Barrington Walker. As Monsieur Gustave quips in The Grand Budapest Hotel, “When you’re younger it’s all filet steak, but as you get older you have to move on to the cheaper cuts— more flavorful, so they say.”

Older characters have more history, more baggage, and more time beneath their belts that needs to be accounted for, so creating such a person takes considerable imagination

It Stops For No Man

There’s a significant challenge to stretching beyond one’s years instead of reaching back. Older characters have more history, more baggage, and more time beneath their belts that needs to be accounted for, so creating such a person takes considerable imagination. Age also creates its own unique problems for a protagonist to deal with. Over the years, the human brain begins to shrink, which can lead to memory failure. Loved ones may become unrecognizable. Bones weaken and snap when bent, and joints stiffen. But what better way to test the strength of a character than by pitting him/her against age, one of the most universal of fears? A writer’s bread and butter comes from exploring the difficulties of the human condition, so why should some of the most hard-won years of life be overlooked?

Although Sara Gruen focuses primarily on Jacob Jankowski’s younger incarnation in Water for Elephants, she also does an exceptional job of putting readers in his skin as an old man. She takes a character who seems to all the rest of the world like a crotchety fossil and does something amazing— she makes him understandable. Writing from his perspective inside a nursing home, Jacob’s hatred of his surroundings appears not only justifiable, but a cause for sympathy:

Sometimes the monotony of bingo and sing-alongs and ancient dusty people parked in the hallway in wheelchairs makes me long for death. Particularly when I remember that I’m one of the ancient dusty people, filed away like some sort of worthless tchotchke.

“Father Time is not always a hard parent…”

...or so Charles Dickens claimed. Old age might serve a hurdle for a character, but it could also offer some unique benefits. In Agatha Christie’s Miss Marple series, for instance, the sleuth’s age and spinster status is one of her greatest assets in solving crimes. Because Miss Marple is almost invariably underestimated, she’s able to wedge herself into situations where other observers wouldn’t be allowed or trusted. After all, she’s only an old gossip, right? Not least of all, age can bequeath a certain level of wisdom, or at least shrewdness. In a series of tapes discovered several years ago, Christie talked about her inspiration for Miss Marple, who shared some traits with her own grandmother:

Although a completely cheerful person, she always expected the worst of anyone and everything. And with almost frightening accuracy (she was) usually proved right.

Elderly characters are often used merely as a vehicle to introduce the main story. Think of the movie Titanic, for example, where the audience is offered glimpses of who Rose became as an old woman, even though it’s the story of her formative years that makes up the majority of the plot. There’s a bit of a stigma that elderly people are done with personal development, but that’s by no means accurate. With less to lose, a person’s twilight years might actually be a time of enormous growth. According to Psychology Today, "Leo Tolstoy learned to ride a bicycle at 67, Queen Victoria began learning Hindustani at 68, Somerset Maugham wrote his last book at 84, and Linus Pauling was actively publishing just before his death at age 93."

Do those sound like boring people who should be confined to a book's introduction, or do they sound like great characters? Looking at this picture of Leo Tolstoy with an old-fashioned bicycle, I'm going to have to go with the latter.