How Precocious is Too Precocious? Writing Smart but Believable Kids 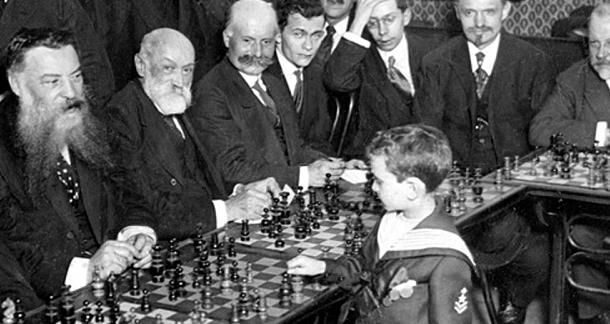 of a child : having or showing the qualities or abilities of an adult at an unusually early age.

Children are difficult. They’re foreign, and yet not. Every person in the world must travel through the realm of childhood to become an adult. There’s nothing optional about it, so why does that time in our lives often feel so distant? Minds and bodies change, best friends move away, high school passes by, and suddenly life as an adult begins. Although these events all occur within less than two decades, a child’s concept of time is in constant development. When you have only a few years of worldly experience behind you as reference, an hour can feel like a week. In retrospect, this phenomena also makes childhood seem like a whole lifetime ago.

A well-drawn and compelling character should have the potential to transcend barriers of age, and appeal to a diverse audience.

Since most published authors are adults (with a few notable exceptions, such as Eragon author Christopher Paolini) it inevitably requires some stretching of the mind to imagine the world through a child’s perspective. Events that once seemed important become foggy as the years progress, and nostalgia has a tendency to color some memories a deceptively rosy tint. But being a child is not easy, and authors who choose to write from a child’s point of view face the same main challenge that writing from an adult perspective presents: how to create a fictional persona that resonates with readers. A well-drawn and compelling character should have the potential to transcend barriers of age, and appeal to a diverse audience. The purpose of this article therefore is not to discuss writing for a young audience, but how to craft a realistic protagonist who also happens to be young.

Childhood in itself is a relatively new concept. For centuries, the line between adolescence and adulthood was blurred by the roughness of society. Since one of the core attributes of childhood is innocence, youths thrust so early into the wider world were often treated more like miniature adults, capable of fighting wars and tending crops. Mark Twain's pipe-smoking, wise-talking Huck Finn is an ideal representation of that image. Today's kids, on the other hand, typically spend their time playing Xbox Live instead of splitting wood or working in a factory, but that doesn't mean that they don't deal with difficult, sometimes horrifying situations.

In the words of Kurt Vonnegut: “Be a sadist. No matter how sweet and innocent your leading characters, make awful things happen to them—in order that the reader may see what they are made of.” This absolutely applies to children, since they are not exempt from the more painful parts of real life. In Sherman Alexie’s award-winning Absolutely True Diary of a Part-Time Indian, the story begins with the death of Junior’s dog. His parents can't afford a vet and, living on a reservation, part-time job options are basically non-existent. As a kid, he's stuck, and it sucks. There’s an overwhelming sense of powerlessness in the scene:

There was nothing I could do to save Oscar. Nothing. So I lay down on the floor beside him and patted his head and whispered his name for hours.

Vulnerability inspires sympathy in a reader, and is an effective way of generating interest in a protagonist. But it's even better when a character begins to learn from those situations, becoming stronger and less helpless. There's a sense of gratification that comes with watching Junior become more capable. What do they call that? Oh yeah, growing up. Which leads me to my second point...

Remember That Change is Constant

Children and adolescents are naturally fluid; they grow both literally and figuratively from month to month. Remember back in first grade, when the fifth graders seemed so huge on the first day of school? Four years difference may seem like nothing now, but back then, it felt like a pretty big gap and it kind of was.

Size is a real factor that separates adults from kids. It’s obvious and cliché, but everything really does seem larger when you’re very young. Think back to the holidays if you need proof. The Christmas tree towered over you, and those empty boxes at the end of the day were big enough to build a fort that you actually fit in. In the beginning of Karen Russell's Swamplandia! there's a sense of enormity when the protagonist, Eva, watches her mother perform on stage. The audience is full, and the stars yawn above the thirty-foot pool that she jumps into as part of the act. When Eva's mother later passes away, it's up to her to adapt without the benefit of parental guidance. Slowly, she teaches herself her mother's old gator wrestling routine, and Russell again takes advantage of size to make an impression on the reader. The image of a tiny girl wrestling an alligator is a memorable one, but be careful: keep in mind that kids are still adults in training and not adults themselves. Could you wrestle alligators when you were twelve? I didn't think so.

Of course, Swamplanida! is a work of magical realism, and some twisting of reality is to be expected. Still, it bears consideration that child characters must have some limitations imposed by their age to be realistic, whether they're physical or emotional. Say you've created a fantastic setting where your protagonist, although ten-years-old, can left 40 times his weight. That's wonderful, but does he share at recess? Children are always experiencing situations for the first time—their reactions will likely be clumsy, unpolished, and very genuine. Use that as an advantage.

Do Sweat the Small Stuff

Lastly, examine the details. When you were a kid, what did you care about? Don’t glamorize it. Look back at those old photos of yourself, grinning through a mouthful of braces in front of one of those intense laser-show backgrounds that school photographers used to love so much.

Kids can be great characters because they’re a bit awkward. There’s nothing like a lost kid to stimulate empathy with a reader, because anyone who’s grown up has been there at some point. Use those embarrassing anecdotes as fodder. In Tell the Wolves I’m Home, fourteen-year-old June loves to secretly dress in boots her uncle bought at a Renaissance fair and an old play costume before going out to the woods and pretending she’s in the Middle Ages. June's an unpopular kid, an oddball. Outshined by her sister, she prefers to visit museums and play Mozart's "Requiem" alone in her room. But she's also a great character, and her eccentricities highlight one of the best parts of being a kid—the ability to be yourself before anyone tells you it's wrong.

Give: Volunteer Your Cow Fart Knowledge As A Writer

Even Writers Can Participate In Take Your Kid to Work Day