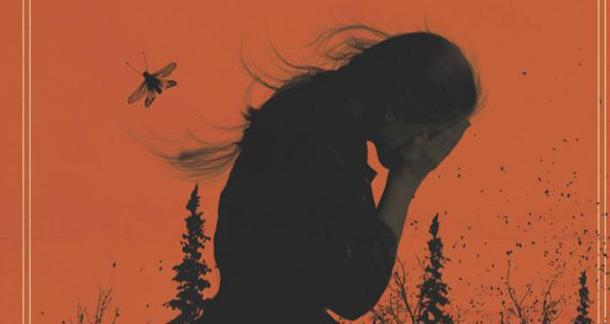 Josh Malerman became famous for his 2014 debut novel Bird Box, and while ostensibly speaking his subsequent publications haven't received the same level of critical praise (numerous reviews and even the publisher's promotional blurbs for Bird Box routinely compared Malerman to Stephen King), he has no less proven himself to be a lasting voice in horror literature.

His latest novel, Unbury Carol (out now from Del Rey), further solidifies this legacy, and will no doubt renew comparisons to the "Master of Horror," as this effort is immediately reminiscent of King's Dark Tower series. Both blend elements of the Western, supernatural fantasy, and a simple (but not simplistic) good vs. evil narrative. And yet, Malerman also sets himself apart from King here by delivering prose that is both lean and evocative, delving into his characters' internal mental clockwork without inspecting every inch of the mechanisms, allowing the reader to better feel the immediacy of the breakneck story.

Malerman himself plays the part of a magician here, as he takes the well-known construct of a fairy tale and turns it into something original and surprising.

As the title alone indicates, the primary plot concerns a woman named Carol Evers, who is faced with one of those primal, universal fears: being buried alive. This horror has loomed over Carol her entire life, as she suffers from a rare condition that sends her into days-long comas that mimic death so thoroughly, only the most meticulous of observers can detect the life still coursing through her body. Inside these comas—a realm she calls Howltown due to the ever-present, low rumbling wind—Carol remains conscious and able to hear everything going on around her, though she cannot see and experiences a sensation of falling face-first into a never-ending abyss. These episodes are ultimately more of a nuisance for Carol—mysterious and uncomfortable, yes, but harmless—so long as there is someone there to ensure she isn't mistaken for dead and sent to the funeral home.

Unfortunately, her husband Dwight—a rather slimy, cowardly, and covetous man who no longer wishes to live under his wealthy and well-loved wife's shadow—enacts a plot to do just that. When she falls into Howltown toward the beginning of the novel, he tells the world Carol has passed, and begins planning her services with local mortician Robert Manders. Aiding him in this nefarious deed is the witchy trail watcher Lafayette, a woman both hated and feared by locals, and a shapeshifting phantom called Rot, who is in fact the very embodiment of decay and who desires Carol's genuine passing for his own clandestine reasons. Seemingly, her only hope of salvation rests in former lover James Moxie, who abandoned her twenty years earlier for an outlaw's life and became a legend for his "Trick in Abberstown," where it is said he used some kind of black magic to shoot a man in a duel without ever drawing his gun. Alerted to her plight by Carol's dutiful friend and attendant Farrah, Moxie rides out in the hopes of saving her life and atoning for his leaving her those two decades prior.

Magic—or more appropriately, illusion—acts as a kind of spine throughout the novel. Nothing is as it seems in this world. Malerman himself plays the part of a magician here, as he takes the well-known construct of a fairy tale and turns it into something original and surprising (Sleeping Beauty immediately comes to mind). At face value, we have a damsel in distress (Carol), a dastardly and evil villain (typically another female character, but here represented by Dwight, though he is in cahoots with the "evil queen" figure Lafayette), and a heroic "knight in shining armor" who races to save the day (Moxie). Malerman's greatest trick here is providing Carol with a tremendous amount of agency despite rendering her incapacitated throughout the narrative. Yes, there is a man on the trail, riding to rescue her, but she places very few of her hopes and desires on his making it in time, focusing instead on pulling herself out of Howltown, something she's never really been able to do before, but a task she throws herself into given the life and death circumstances.

Moxie too breaks away from his typical fairy tale mold, as he is not an embodiment of goodness. He succumbed to his fears as a young man and abandoned Carol precisely because he did not want the responsibility of looking after a woman with a serious condition, choosing instead a nomadic life of carousing and lawlessness, of guns, robberies, and revelry. In his later years, he becomes instead the very embodiment of guilt, which further hinders rather than propels his ability to put right his past wrongs.

Similarly, Dwight, while never a sympathetic character, is not a stock villain either, twirling his mustache and laughing menacingly. He is mewling and insufferable at his worst, and at his best he is pitiful, though not in a way that elicits a desire in the reader to take pity on him, since he does enough self-pitying to last a lifetime. But it is this selfishness that drives his actions, his sense of entitlement that makes him so dangerous. In other words, as a mere man, it is hard to take him seriously, but as a villain, he is a considerable threat.

The aforementioned Rot is a treacherous trickster as well, donning a myriad of faces, championing Dwight, and preying on Moxie's guilt to capture Carol, his white whale. His ghastly, ever-changing visage leaves an indelible mark on the reader's mind, and yet, perhaps the most memorable baddie of the bunch is the most straightforward, the most transparent—the as yet unmentioned Smoke, an assassin partial to improvisational rhyming and singing, who uses fire rather than guns to dispatch his targets. It is his method of torching that stands out as so original and sickeningly ingenious: he loads up his tin prosthetic legs with oil, and uses strings looped up through his pants pockets to release the oil through his heels, allowing him to step over and across objects and, more horrifyingly, people, while slathering them with flammable coats. Though he is unhinged and at times unpredictable, with Smoke, what you see is what you get, and while his appearances on the page are disturbing, one cannot help but read on. He is to Unbury Carol what Rutger Haur's portrayal of Roy Batty is to Blade Runner.

But while Smoke is certainly the show-stealer, the entire novel is an engaging, enthralling, and altogether entertaining experience from front to back. It is a fast read, in part due to Malerman's literary economy, but more so than this, it is simply hard to put down. Anyone experiencing doubts as to Malerman's staying power in the world of horror will have those doubts quelled after reading Unbury Carol.