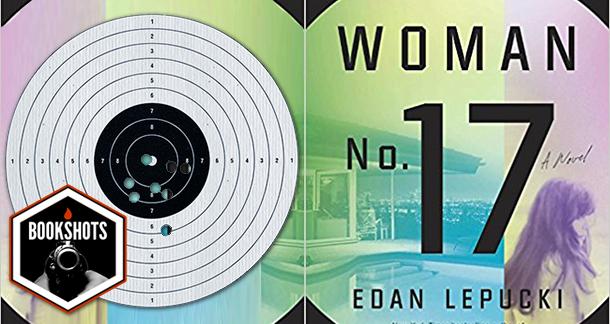 From page one I was invested in Lepucki's flawed characters, even though I would probably hate them in real life.

Estranged lady-writer Lady Daniels hires a nanny so she can finish her book. Enter S, a young artist who is not what she seems.

Probably California, although I haven't read it. Also, California.

Lady Daniels: A mother and writer estranged from her husband.

Esther/S: The young artist hired to help watch Lady's toddler, Devin (who doesn't warrant being considered a lead for our purposes).

Lady: Brit Marling (Another Earth, The OA) in about 5 years.

Seth: Chandler Riggs (CORAL!), of Walking Dead fame. He can sulk, and we wouldn't have to hear him talk.

Esther/S: Hailee Steinfeld (True Grit, Edge of Seventeen), who already has experience starring in films with the number 17 in the title.

I dallied with the romantic notion of moving to California when I was a young rock n' roller, but after visiting enough times I got over that.

Sure, Seth had left her womb and never returned, but he was the one who had to do the leaving.

Woman No. 17 was first brought to my attention by Richard Thomas, in his 10 Highly Anticipated Books for 2017 column. In it, he referenced both Steve Erickson and David Lynch's Mulholland Dr. as possible touchstones. The ad copy billed it as a sinister, sexy noir about art, motherhood, and the intensity of female friendships, set in the posh hills above Los Angeles. I was sold.

Well, I didn't find Woman No. 17 to be particularly noirish, at least not in the traditional sense, and ideas of identity aside, it certainly wasn't very Lynchian. But that's okay, because I still really liked it. From page one I was invested in Lepucki's flawed characters, even though I would probably hate them in real life. You could say I was absorbed in their self-absorption.

Look, I get it. Publishers don't consider motherhood or female friendships "sexy," and books ain't gonna sell themselves. But they should have trusted in the quality of the storytelling here. Fortunately that quality will be apparent to anyone who gives the book a chance.