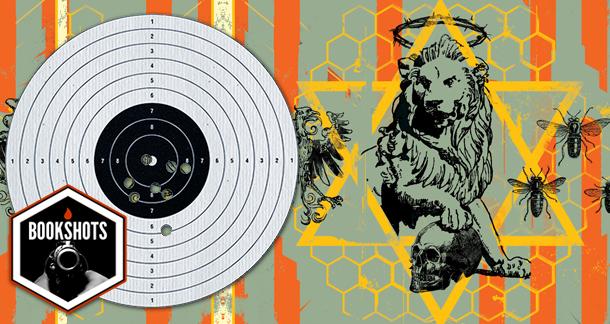 Where the Bird Sings Best

Gorgeous prose, imagination and a kaleidoscopic narrative style make for an altogether satisfying reading experience, one that is both joyous and unnerving at the same time.

Alejandro Jodorowsky, celebrated Chilean avant-garde filmmaker, novelist, playwright and poet. He is perhaps most famous for his acid western El Topo, the religiously inflammatory The Holy Mountain, and the surrealist horror Santa Sangre. He also "starred" in the recent documentary Jodorowsky's Dune, which details the director's failed attempt to bring Frank Herbert's novel to the big screen.

Where the Bird Sings Best tells the story of Jodorowsky's Jewish family...It explores his immigrant roots and establishes connections to Jewish mysticism. The book is either deeply personal fiction, or a mythic family memoir, or, to use a phrase often applied to Jodorowsky's work, a "psychomagical" reinvention of the classic immigrant story.

Read more about the novel at the Restless Books website.

As the novel spans decades of personal family history—reinterpreted to Jodorowsky's liking—there are numerous protagonists featured in this tale. One manages to reappear throughout the years, however: The Rabbi, an ancient and infinitely wise spirit who first inhabits the mind of the author's paternal grandfather (also named Alejandro), then Jodorowsky's father Jaime.

As the role would require manic energy and comedic timing, why not Albert Brooks?

Much of Where the Bird Sings Best takes place in Chile in the early twentieth century. It's a desperate time, with the rich and powerful elite controlling the government, violently suppressing worker strikes and socialist movements, and maintaining the peasant class through deception and manipulation. Jewish immigrants suffer the worst.

I think it's clear the answer is no.

Alone in that immense train station rocked by violent gusts of cold air, disoriented, he, his wife, their four children, the Rabbi: branches without a tree, swallows without a flock, severed hands floating in the void.

But Sara Luz, smiling, explained that the past was a continuous invention, that every character in her family tree was like a stone that with the passage of years, from telling to telling, rose until it reached the sky and shone like a star to give a light sweeter than sugar...

'In memory, everything can become miraculous. All you have to do is wish it, and freezing winter turns into spring, miserable rooms fill up with golden tapestries, murderers turn good, and children who cry out of loneliness receive caring teachers...Yes, my daughter, the past is not fixed and unalterable. With faith and will we can change it, not erasing its darkness but adding lights to it to make it more and more beautiful...'

These words from Sara Luz (potentially invented by Jodorowsky) partially sum up the author's intentions behind Where the Bird Sings Best. The title references a quote from Jean Cocteau, who said, "A bird sings best in its genealogical tree," a statement Jodorowsky both upholds and subverts in his prologue:

Our genealogical tree is the trap that limits our thoughts, emotions, desires, and material life, but it is also the treasure that captures the greater part of our values. Aside from being a novel, this book may...transform family memory into heroic legend.

Indeed, the author implements this process of reinventing history, transforming, for instance, his own conception toward the end of the book as an act of mutual, rapturous love and attraction, instigated by Jodorowsky, who casts himself as an ancient spirit uniting two perfect souls as vessels for his reincarnation—a far cry from his father's actual violent assault on his mother, which he details in his 2005 memoir The Spiritual Journey of Alejandro Jodorowsky. Here, ugliness, hatred and suffering become something supernaturally poetic, a divine union of two earthly saints.

Be aware, however, that the pages of Where the Bird Sings Best aren't all washed with this beautiful reinvention of personal history. Jodorowsky unflinchingly depicts scenes of incest, brutal rape and graphic violence (the latter two often go hand in hand). These elements are not used gratuitously, but rather as a means of conveying the absurdity of religion, the horrors of imperialistic/capitalistic regimes both in his native Chile and abroad, and the senselessness spurred by anti-Semitism. In this way, Jodorowsky recalls his work with the Panic Movement in the 1960s, in which shocking scenarios and surreal imagery were utilized in the context of social critique.

These harsh realities juxtaposed with gorgeous prose, imagination and a kaleidoscopic narrative style make for an altogether satisfying reading experience, one that is both joyous and unnerving at the same time. Like the aforementioned Blood Meridian, Where the Bird Sings Best requires a strong stomach, but the payoff is worth it.

Interesting. The only thing Jodorowsky has done I'm familiar with is Jodorowsky's Dune (though I know of his movies by name), and I loved it, probably as much or even more than I love Dune itself. Blood Meridian also happens to be my favorite book, and I'm reading One Hundred Years of Solitude right now, so this speaks to me. Added to the To Read list, thanks.

Joshua Chaplinsky from New York is reading a lot more during the quarantine April 7, 2015 - 8:26am

I've had a copy laying around for a while now. This definitely piques my interest. More than just a run of the mill bio. I should have figured.