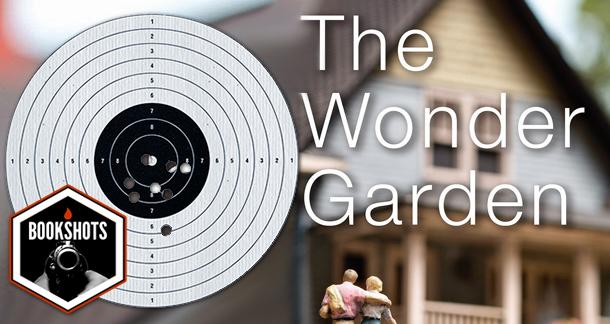 Lauren Acampora, whose work has appeared in the The Paris Review, Missouri Review, Prairie Schooner and numerous other magazines. This is her debut collection of short fiction. More info at her website.

Her prose, from a purely aesthetic viewpoint, is nothing short of masterful, sumptuous and sensory without calling too much attention to itself.

All stories presented here take place in the New England "haven" Old Cranbury, a fictional town but recognizable to anyone familiar with suburban landscapes.

Acampora borrows the title from the fourth story in this collection; thus, I'd like to suggest Afterglow, from the author's second story.

The only character to appear in every story is the town itself, Old Cranbury, a place where modern architecture encroaches upon the solid structures of a bygone era, where country-living idealism provides a safe environment for twisted senses of morality. In this town, secrets and lies flow like so much scotch at a well-to-do family's soiree.

I imagined the town from Beetlejuice, which according to IMDB was East Corinth, Vermont. There's also a Cranbury, New Jersey that could be an effective stand-in.

I'm more of a city man, myself.

A sliding-glass door displays a wide lawn tumbling to a thumb-smudge of trees. She has reached it at last; this asylum, this glorious valve.

It is a particularly special accomplishment to craft a short story collection so tightly the book reads more like a novel, and that is exactly what Lauren Acampora has achieved with The Wonder Garden. The lives of each protagonist intertwine with other characters' narratives, reflecting the kind of incestuous relationships one encounters in these suburban settings. Over the course of thirteen vignettes, we see relationships crumble, notions of family challenged, and personal values reassessed, with the outcome either a deconstruction or fortification of said values. The upkeep (or lack thereof) and/or transformation of houses is a recurrent theme throughout all the tales, symbolizing the overarching juxtaposition of the glorified past and present-day ennui. Everyone in Old Cranbury, it seems, is caught in the town's widespread impasse.

Despite the strong threads tying Acampora's stories together, each narrative boasts its individual identity: a wealthy man offers to pay a neurosurgeon a hefty sum if he lets the man touch someone's brain; a woman plasters smiles to her face like makeup as her husband abandons his career to become a holistic healer; a woman's Fox News-bred, all-American façade melts away, exposing her vitriolic, naive and vulnerable core; an aged artist gets a chance to create his pièce de résistance by covering a couple's home with foam insects; a music festival not unlike Bonnaroo sheds both light and darkness on the mind of a twenty-something Old Cranbury native; plus several more distinct and expertly-crafted tales.

Readers more attracted to plot may find The Wonder Garden's pace too slow, but for rich character development and psychologically-driven introspection, Acampora proves herself wonderfully adept. Moreover, her prose, from a purely aesthetic viewpoint, is nothing short of masterful, sumptuous and sensory without calling too much attention to itself. This is overall an impressive collection from a relatively new writer, and I personally can't wait to see what else Acampora has up her sleeve.