Review by Christopher Shultz December 28, 2015
In: 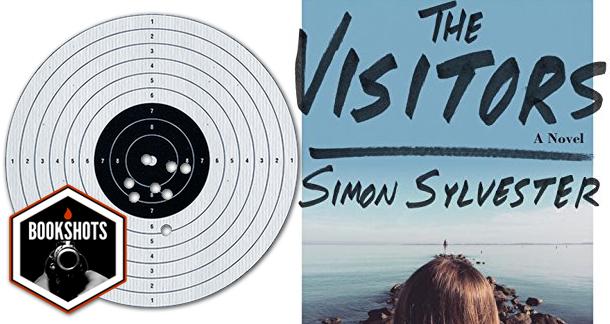 Beautifully captures the restlessness of youth...the sense of being not-old-enough to leave a place behind, but too old to go on living in said place either.

Simon Sylvester, a writer and filmmaker with an impressive body of work under his belt. This novel—first published in 2014, but appearing in the U.S. for the first time via Melville House—is not only Sylvester's debut, it also won the The Guardian's Not The Booker prize, as well as several other awards. More at his website.

With only a year of high school left, and eager to leave her sleepy, dying hometown of Bancree, Flora befriends a new girl in town, Ailsa, who lives alone with her father on an isolated island. Soon, a mystery surrounding the family unfolds, one which may be linked to a string of disappearances on Bancree and the neighboring islands. The main plot is interweaved with Flora's research on selkies: half-human, half-seal creatures who may or may not be malicious.

Neil Gaiman's The Ocean at the End of the Lane and Some Kind of Fairytale by Graham Joyce.

Flora—or sometimes Flo—seventeen years-old, a quiet, studious kid who knows she wants something more than her small surroundings can offer, but she doesn't know exactly what it is she wants.

I think Sylvester's point is that no one really wants to live in Bancree.

The last bats of summer skittered low in the sky above me, weaving their lunatic loops and triangles, almost invisible against the violet gloaming.

It is a difficult task, creating a novel that is rooted in the recognizable world while also featuring fantasies with their own worlds to build and maintain. Neil Gaiman does this spectacularly with his aforementioned The Ocean at the End of the Lane—it is simultaneously a story of a boy's ascension into adulthood and a preservation of his "childish" imagination. Likewise, in his Some Kind of Fairytale, Graham Joyce tells a late-stage coming-of-age tale that blends faerie folklore with the every day, the mundane. The Visitors fits neatly in-between these books, utilizing the mythos of selkies as a correlative to those formative teenage years, when we (almost literally) transform into different beings altogether. The author beautifully captures the restlessness of youth at this stage in life, the sense of being not-old-enough to leave a place behind, but too old to go on living in said place either—you've outgrown it mentally, but not "physically." Moreover, like Gaiman and Joyce before him, Sylvester explores adulthood and its demands for seriousness, focus, and responsibility coupled with our desire to keep a hold on a sense of magic and wonder, sensibilities that are associated with childhood and therefore deemed "inappropriate" for grown-ups.

Woven into the fabric of this Bildungsroman is an excellent mystery narrative that manages to surprise even when the answer should have been obvious—another rare feat of writerly prowess Sylvester seems to handle with ease. These elements combined with the author's outstanding prose makes The Visitors the type of novel you miss after putting it down, like an old friend gone away from your life. Don't be surprised if Sylvester gets as big as Gaiman or Joyce, as he most certainly has the mettle to do so.