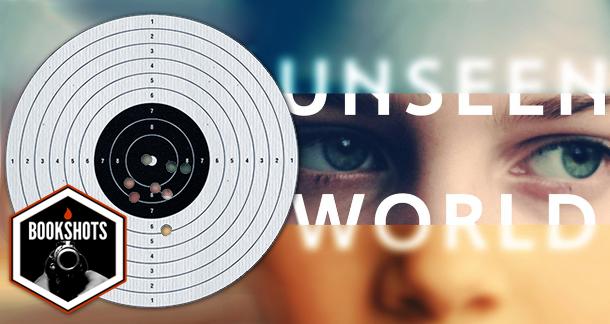 ...if you generally like coming-of-age lit-fic titles with a strong undercurrent of mystery and shades of sci-fi, you're going to love 'The Unseen World'.

Liz Moore, the award-winning author of Heft and The Words of Every Song. According to her website, "Moore's short fiction and creative nonfiction have appeared in venues such as Tin House, The New York Times, and Narrative Magazine."

1980s Boston: After her brilliant, socially nonconformist father David begins to suffer the effects of early-onset Alzheimers, 14-year-old Ada Sibelius sets out to unravel his tangled past and solve a cryptic, coded message David left for her on a floppy disk. What will she learn about her father—and perhaps more importantly, about herself?

I'm coming up short on novels or works to compare this to, but if you generally like coming-of-age lit-fic titles with a strong undercurrent of mystery and shades of sci-fi, you're going to love The Unseen World.

Ada Sibelius, herself socially awkward, given her decidedly un-regimented homeschooling, and her formative years spent mostly around adults. She is, however, just as brilliant as her father, and learns to adapt rather quickly to her rapidly changing environment.

We spend a good deal of time with adult Ada as well, so the film version would need both a teenager and a thirty-something for the part. Thus, in that order:

Ellie Kendrick (not technically a teenager, but she could pass) and Miranda July.

I hear Boston is nice, though other scenes take place in San Francisco, and the latter's more my speed.

Technically two, rolled into one thought:

She could not articulate what was different in his demeanor, but it triggered a deep-seated uneasiness in her. It was a hair in her mouth or sand in her shoe.

Liz Moore is quite the adept storyteller. She crafts a narrative that is suitable for girls the same age as Ada, but also teenage boys, adult men, adult women—really, anyone. She weaves together gorgeous and, at times, staggering sentences without sacrificing the work's accessibility. Her characters, furthermore, echo Moore's prose: intricate, certainly complex, but also relatable, identifiable, able to elicit empathy and sympathy from the reader. Ada and David, family friend Diana Liston and her children (especially William and Gregory), the other brilliant minds working at David's computer lab—they're all lovable and maddening in equal measures, just like real people.

Moore crafts a mystery narrative to serve as her novel's backbone, a means of carrying the plot along, even deploying a few crafty red herrings in the process. But solving the puzzle of David's past is not exactly the book's central function; rather, it plays a significant role in advancing Ada's maturation and her internal quest toward identity, toward figuring out who she is and what she wants at this strange and confusing time—strange and confusing for all 14-year-olds, but especially so for Ada, given that David and, by proxy, her entire world has completely changed seemingly overnight.