Review by Christopher Shultz August 3, 2016
In: 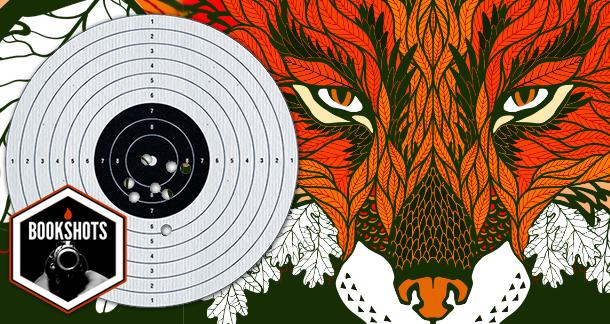 Shaw has shown himself to be a heavy contender in the realms of dark fantasy and magical realism, both for his ability to tell a story well, and to do so with artful prose...

Ali Shaw, author of The Man who Rained and The Girl with Glass Feet, which won the Desmond Elliot Prize for first novels. More info at his website.

In the wee hours of the morning, a forest literally springs up from the ground, covering all of England, and possibly the world. Four survivors of this strange catastrophe band together and hike toward various destinations—even though none of them are quite certain where they're going. Also, there might be strange little creatures following them...

A Forest (because I can't help slipping in a Cure reference)

The works of Neil Gaiman, Graham Joyce, as well as Simon Sylvester's The Visitors.

The novel situates its perspective equally among the four aforementioned characters:

Adrien—Perhaps the most lost of the bunch. Adrien suffers from extreme self-loathing and cowardice. There is a distinct The Wizard of Oz vibe to this novel, with Adrien serving as a kind of modern-day Cowardly Lion. He tells the others he hopes to travel to Ireland to check on his wife, who had gone away on a business trip, but he secretly has other plans.

Hannah—A classic "tree-hugger." Hannah initially believes the arrival of the trees to be a "fresh start" for humanity, a chance to do things right. She is the Dorothy of the group, in that she seeks a proper home with her brother Zach, a natural-born woodsman who will know just what to do in their current predicament. However, this journey will shake up everything Hannah knows to be true, especially what the definition of "home" really is.

Seb—Hannah's teenage son. He's a hardcore nerd and proud of it, though his interest in technology sets him at odds with his outdoorsy mother. He is the Scarecrow of this narrative, though not so much because he doesn't have a brain, but rather because he's ostensibly made of straw—soft, vulnerable. However, the journey through the forest provides Seb a chance to show his mother and everyone else what he's truly made of.

Hiroko—The Tin Man (or Tin Girl, as it were; she is Seb's age). Hiroko has buried her emotions underneath a tough, impenetrable hardness. This gives her supreme BAMF status in the woods, as she is a steely hunter and a shrewd survivor. Her journey, however, is no different than the Tin Man's: she has a heart somewhere within all that armor, and her ultimate survival depends upon finding it.

Adrien—Rory Kinnear (Penny Dreadful, all the recent Bond movies, the Prime Minister from that episode of Black Mirror)

Hannah: Kate Winslet (you probably know who she is)

Seb—Craig Roberts (the kid from Submarine)

If I had a say, I don't think I'd choose to live among the trees, having been spoiled by modern culture just like the rest of us. But I suppose the point is, you don't have a choice, and in that case, I'd survive.

He lent his disguise to the moth, to the shield bug, even to the jaguar with closed emerald eyes dreaming fang dreams in the aftertaste of blood.

The Trees is the perfect lead-in novel for the onset of fall, as it deals primarily in change.

Literally, of course—the landscape changes overnight, turning a world of central heat and air, easily-obtainable (though atrociously unhealthy) food, and water pumped directly to the shelters we take for granted into a a life-and-death situation. The arrival of the trees certainly does signify a new epoch in humanity's existence, as it is only those truly willing to survive who will do so, while the rest will simply die off. (And yet, of course, the will to survive does not inherently suggest goodness or a strong moral compass.)

But this change also (and more importantly) surfaces in the arcs of Shaw's four protagonist. True, any writer worth their salt will naturally infuse a sense of progression into their characters, but the changes this group experiences are far more pronounced in this novel, primarily because change is perhaps the central theme of The Trees, symbolized most boldly by the trees themselves, the turning of their leaves as the seasons shift from warm to cool to cold and back to warm again. Shaw's characters are in fact quite like the trees, simultaneously trying to better ground their roots, while also leaning their bodies and stretching their branches toward the sun, striving for both immovability and growth.

All this heady introspection and excellent character work is balanced with a solid narrative that relies on both taut sequences of action and the overarching mystery of the forest and its creatures, as well as its tendency to alter time and space as we know it. The Trees is a longish book, but it reads about as quickly as a novel half its size, thanks to the author's immersive plotting.

All in all, Shaw has shown himself to be a heavy contender in the realms of dark fantasy and magical realism, both for his ability to tell a story well, and to do so with artful prose that enhances the narrative, rather than distracts from it. The Trees should definitely make him a household name, right up there with the aforementioned Gaiman and Joyce.