Bookshots: 'The Suburbs of Hell' by Randolph Stow 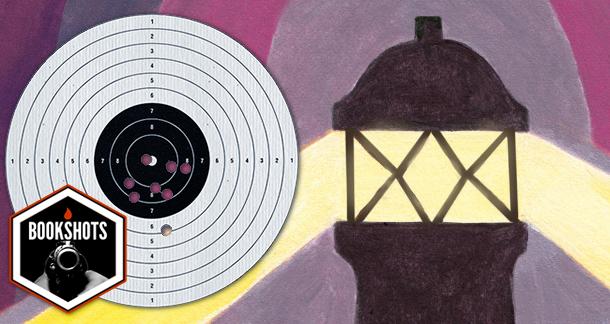 The Suburbs of Hell

Stow is especially adept at revealing the darker side of the human psyche, those realms that whip up madness, paranoia and violent tendencies.

Randolph Stow, a native Australian and prolific author. This was his last of numerous novels published between 1956 and 1984. He died in 2010.

A string of brutal and seemingly motiveless killings rock a small seaside town. Suspicions quickly arise, and before long even the most innocent of Old Tornwich citizens become likely, murderous candidates.

The Suburbs of Hell works too well. There is nothing else.

Harry Ufford, a middle-aged former sailor and current laborer. He loves his drink, but he's no drunk, and he's well-liked by just about everyone for his genial but no-nonsense nature.

Despite the murders, rumors, and other sordid elements coloring Old Tornwich, it sounds quaint enough.

Sometimes he had the feeling that, far behind his eyes, there was another pair of eyes, watching her down two dark tunnels.

Fans of heady, noir-est of noir fiction, take note: Randolph Stow might be that "missing" writer you didn't know you loved. Personally, I was not aware of him prior to reading The Suburbs of Hell, but his other novels are now high on my list of older works to seek out.

Now, I invoke the term noir here, but make no mistake: if you enjoy more traditional whodunit type narratives, where the crimes are resolved by the end of the tale, you may not enjoy The Suburbs of Hell as much as I did. Stow's motivations are decidedly grander and rooted more in human sociological examination than merely unraveling mysteries—which is of course not to say that crime novels following a more A to Z path are inferior in any way, only that this is not exactly Stow's primary goal. This novel focuses more on how these senseless deaths affect the larger community, how they can turn friends and lovers to enemies—or is it that this animosity always existed in the hearts of these "simple" folk, lying dormant, in wait for the perfect opportunity to rise up and make monsters of the innocent?

Stow spends a great deal of time getting into the backstories of several Old Tornwichers, which at times did slow the pace to a nearly aggravating level, but once the reader arrives at the simultaneously chilling and banal (in a good way) denouement, one can easily see the author's design in those character diversions. Besides, even while the action crawls, from a prose standpoint, it's simply time to stop and smell the roses for a bit. Using sparse but evocative language, Stow brings his setting to full-life; moreover, while the author taps into his characters inner thoughts, feelings, and impulses, we never feel as though we're being told anything, but rather shown the inroads and pathways of a person's mind—what makes it work the way it works, how it produces those aforementioned thoughts, feelings, and impulses.

In this way, Stow is especially adept at revealing the darker side of the human psyche, those realms that whip up madness, paranoia and violent tendencies. That some French auteur has not turned The Suburbs of Hell into a labyrinthine cinematic journey into the bowels of human ugliness (as Bertrand Tavernier did with Coup de torchon, an adaptation of Jim Thompson's Pop. 1280) is surprising to say the least. Thanks to Text Publishing re-issuing this and Stow's other novels for the digital age, perhaps we'll see something along those lines—or at least a greater appreciation for this author's work—sooner rather than later.