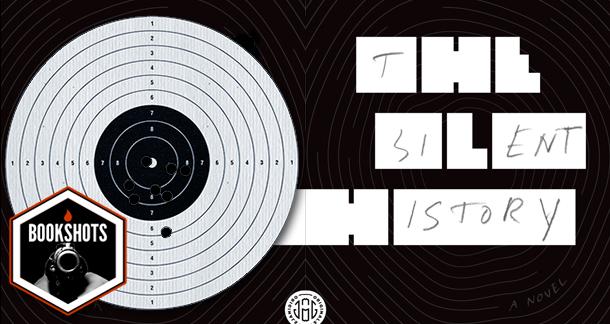 A growing number of children are being born without the ability to form or comprehend language. It is an epidemic of silent proportions.

World War Z by Max Brooks, which it resembles in form; The Flame Alphabet by Ben Marcus and Blindness by Jose Saramago, although it is not as literary as either.

Since the story takes the form of an oral history, no one character is its focal point. The real lead here is the silence itself. (Deep, right?)

An Altmanesque ensemble of veteran character actors and talented unknowns. I wouldn't want to see them cast a huge star like Brad Pitt and Plan B the thing.

A world with considerably less jibber-jabber sounds quite appealing to me. Of course, all that silence comes with a price.

Aw shitnuts... I'm gonna be honest with you guys. I'm finishing up this review here at work and I left the book at home. To be fair, The Silent History is more about storytelling than flowery prose, but maybe I'll come back and fill this in later. Maybe...

The Silent History began its existence as an interactive app, requiring the reader to utilize GPS to unlock location specific "field reports." It sounds cool in theory, but who's got the time to run around like Susquehanna Jones, looking for literary artifacts? These were in addition to the serialized "Testimonials," which presented the main narrative in the form of an oral history. For those of us who remember a time when men were men and books was books and are too stubborn to read online, these Testimonials have been collected and expanded and smeared on trees the old fashion way.

At first I found the reading experience similar to World War Z, as each chapter introduces a new character with a different viewpoint. But eventually characters begin to reoccur and even interact with one another. That's when The Silent History draws the reader in and becomes more than an exercise in reportage. You are given a core group of characters to care about and they give the book its soul.

As for the transition between mediums, it appears to have been a smooth one. The book is more conventional than its internet iteration, but it's also more human. This isn't a cash-grab on paper. In fact, if I hadn't already known, I would have never suspected the book's humble, electronic beginnings. It also helps that the book was written by multiple authors. It keeps the various narrative voices from becoming stale, but is cohesive enough that I doubt I could tell you who wrote which sections.

Even without the interactive elements, The Silent History is a unique exercise in genre. It is a zombie novel without the zombies. It is a post apocalyptic novel without an apocalypse. It tells the story of a very different kind of epidemic; one that doesn't seem like much of a threat at first, but has a massive social and economic ripple effect that cannot be ignored. Minus the allegorical trappings of its brethren, it presents a much more feasible scenario, and that makes it a whole lot scarier.

We talked about this app/game/whatever on the podcast - right? It's interesting that this has gone from unconventional electronic reading experience to the traditional chewed wood pulp version. Suggests that the mass market is still addicted to (whisper it softly) real books?